La Patinoire Royale | Galerie Valérie Bach is pleased to present In Perpetuity, Trong Gia Nguyen’s second solo exhibition with the gallery. From incessant war to pervasive misogyny and the erosion of civil rights, the works assembled here focus on the normalcy of cruelty and endless cycles of treachery and violence. The exhibition is bookended by two series of paintings, one depicting a ridiculously long table and the other a collection of bas relief, “guilty” height lines such as one might see at a police station.

In Perpetual Painting, the artist has painted a very long table still-life composed using downloaded objects from Google’s 3D warehouse – an online community library of 3D objects and architecture uploaded by users that anyone can utilize in 3D apps or for 3D printing. Nguyen has created a set of equal-sized, “modular” paintings depicting a single table that can vary in length, perhaps even stretching on forever. It is reminiscent of Vladimir Putin’s preposterous meeting tables, in which the strongman is portrayed sitting at a great distance from his “sub- jects.” Besides the left and right canvases that show opposite ends of the table, all the middle panels of Perpetual Painting can be re- arranged or left out to form different tableaus. The artist incorporates object/models that were found via general search terms like “dictator,” “romance novel,” “kitsch painting,” and “sleeping cat.” Retreating into a more fluid digital realm that evades limitations. Nguyen’s new sculptural arrangement is uploaded into the 3D library as a single file, where users can easily download the “painting” and conceivably edit and view it from other angles, beyond the freeze frame of the IRL (in real life) work itself.

The second series, The Diabolical, takes its title from the collection of short stories (Les Diaboliques, 1874) by Jules Barbey d’Aurevilly. Each narrative features a woman who commits an act of violence, or revenge, or some other crime. Nguyen’s paintings are literal representations of vertical height lines, collected from varying sources, including movie posters (The Usual Suspects) and a Weegee photograph. Their vertical measurements are 100% accurate and faithfully hang on the wall at the appropriate height, to record and physically “size up the guilt quo- tient” of each viewer. Importantly, they are always painted the exact same color as the wall they hang on, as the artist’s coy play on erasure and power dynamics further tease history and provenance. The lines and numbers extrude from their surfaces, remaining visible layer after layer of cover up, their past staying indelible even as it is painted over. In the gallery, the paintings are splashed with garish colors that bleed over and underneath them, sometimes dribbling into suggestive texts that are intended to bludgeon subtlety. Populism, the artist implies, is not relegated to the working class.

Other works in the show include Executive Orders, a video projection loop of a cardiograph mimicking Donald Trump’s cartoonish signature. The title refers to the president’s easy ability to sign orders that have the full force of law. Instead of the traditional beep, Trump’s cardio-autograph is punctuated with audio of gunshots, alluding to the swift action and deadly abuse of power with which a despot can inflict on people with one stroke of a pen.

Sticking to the theme of firearms, the gallery is peppered throughout with GGGuns, a series of shadow box frames containing disassembled 3D printed guns, whose digital blueprints can be found and downloaded with relative ease off the internet. The frames are displayed behind Plexiglas that contain etched texts such as “In Case Of Insecure Patriarchy.” “In Case Of Spiritual Identity Theft.” Like the “Break in Case of Emergency” boxes, it is an urgent call to arms against the toxic masculinity-apathy misinformation that hinders any chance for a more equitable, sane world. And if evil, violence, and greed are merely societal norms, what radically standard measures are needed to neuter such nutjobs? 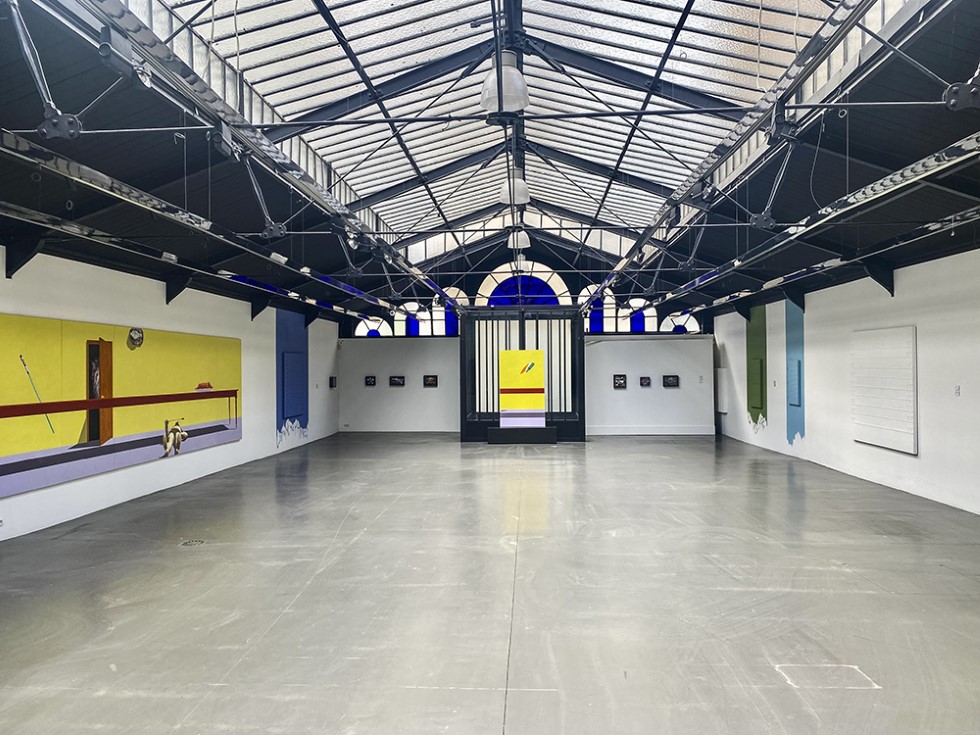 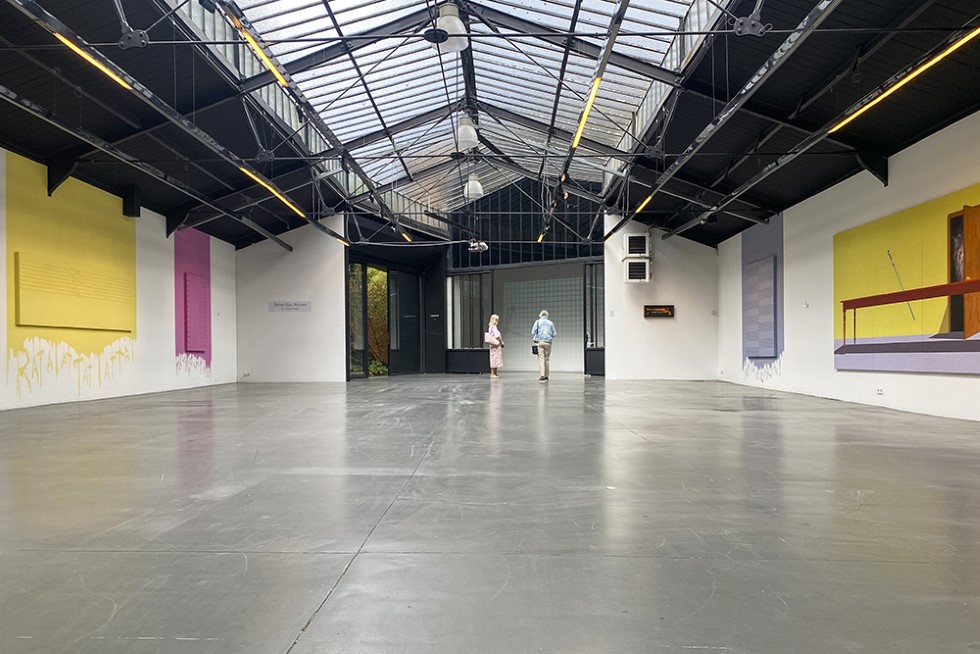 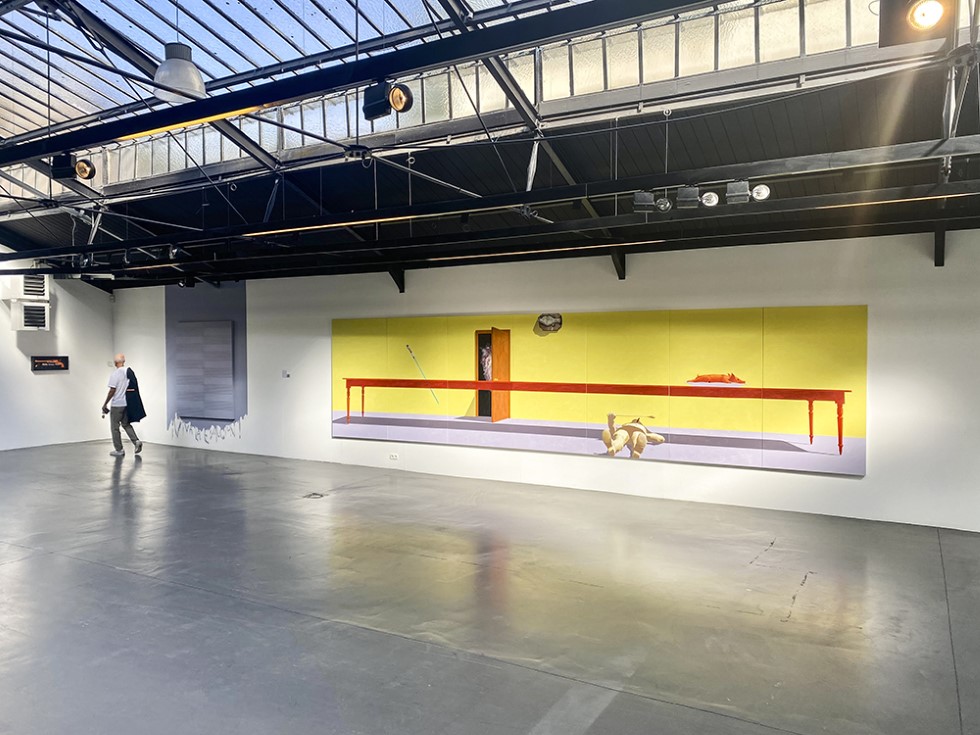 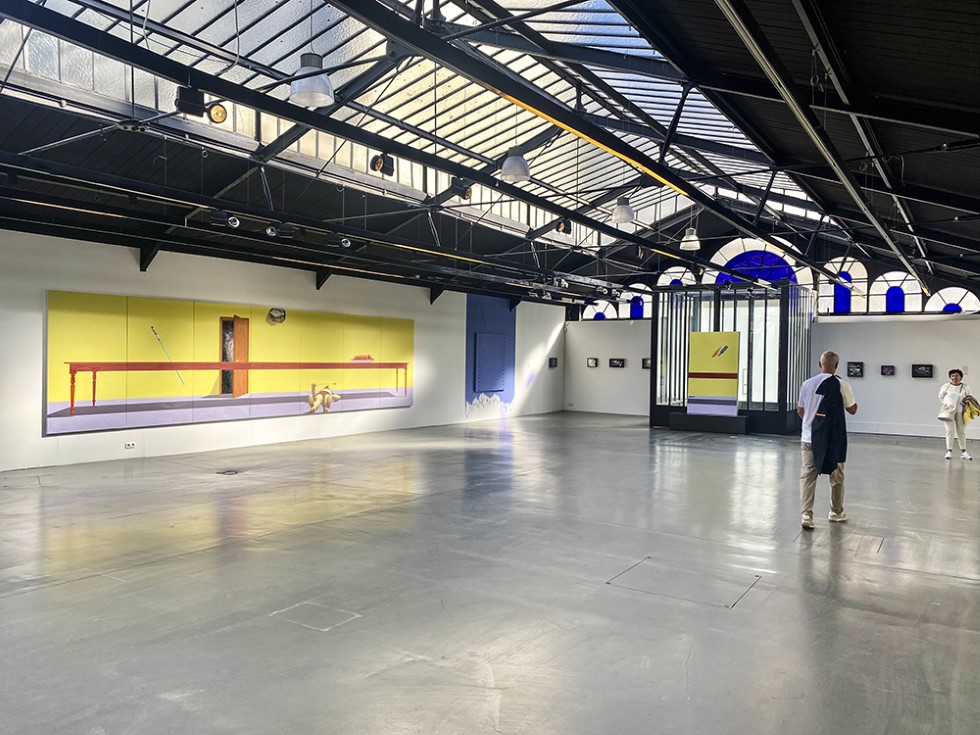 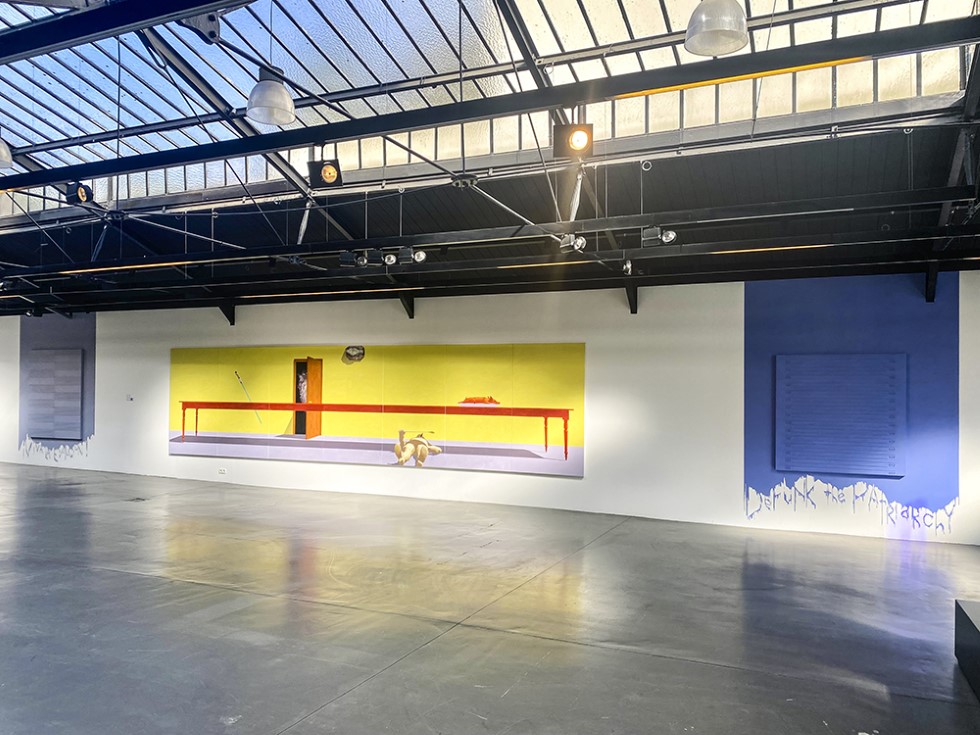 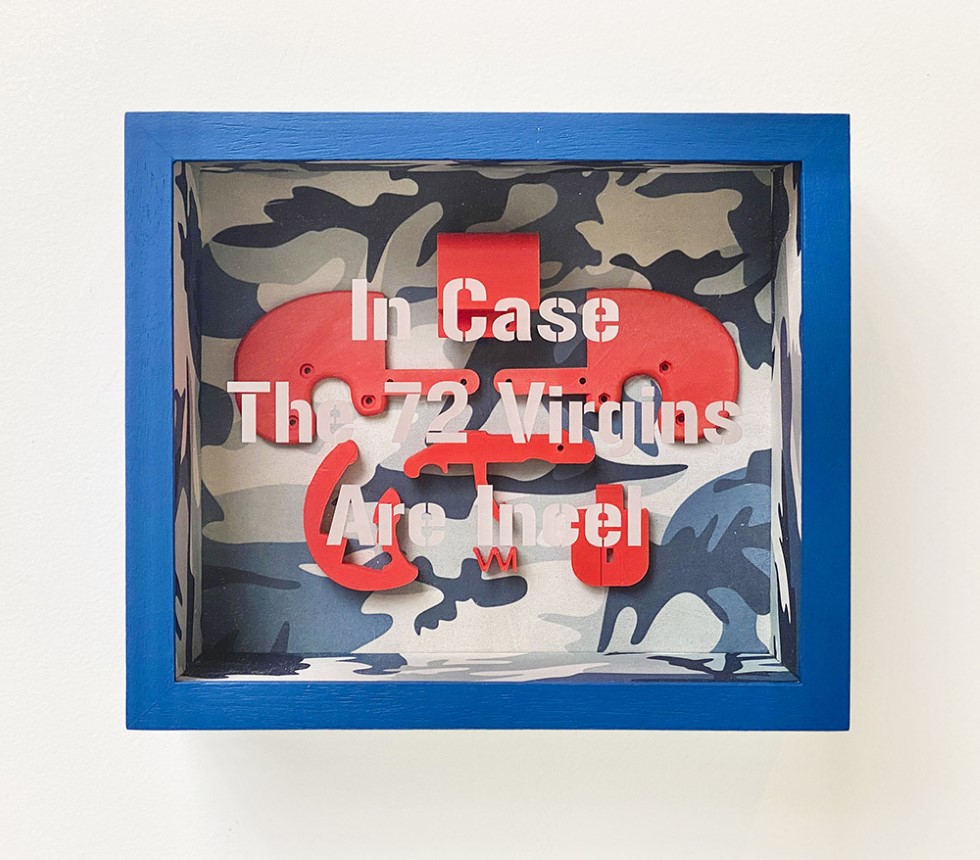 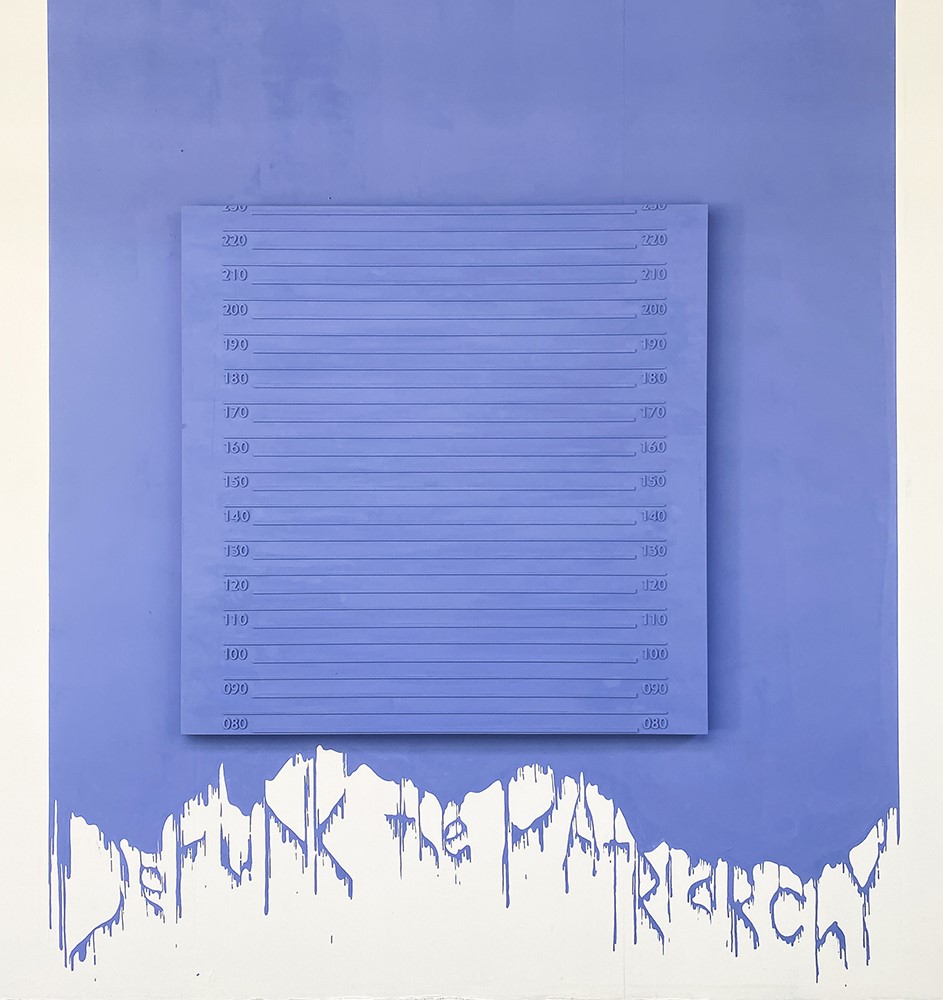 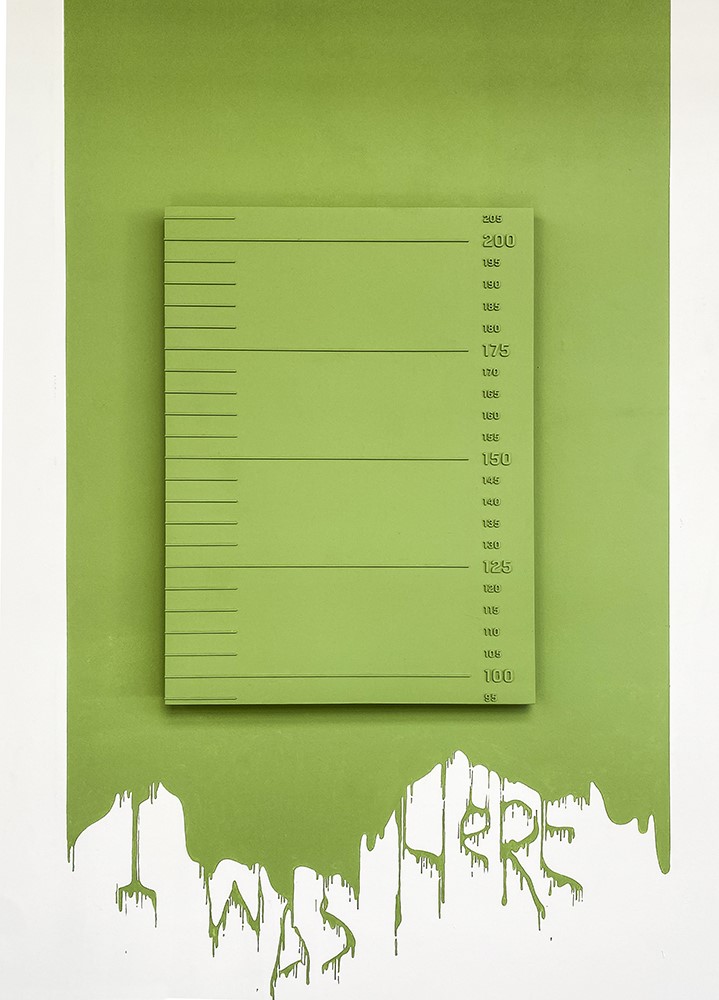