Men of the Mountains, Deserts and Seas is the title of this exhibition that brings together a collection of pieces made between 2005 and 2013 using different mediums: collage, drawing, painting, installation, and relief sculpture.

The common ‘raw material’ of these works is found within a preoccupation with the relationships between image and language. Indeed, Liddiment is particularly interested in clichés and stereotypes. He uses everyday objects (the discarded centre from a roll of toilet paper, a beer bottle label, or a wildlife poster) and discreetly redirects them to generate new thoughts. Thus in Painted Paper, the paint laid every day for a year on the card tube recreates a banal volume that might also seem to refer to the ritualistic ‘Eastern’ technique of lacquerware. Similarly in Cultural Workers, from German beer labels, we see emerge an army of Bavarian waitresses in national dress.

Liddiment moves ‘things’, giving new status to these apparently ordinary objects and formats. This displacement is often spatial, as in such works as Feint Horizon or his series Pictorial Constructs, where he plays with the illusion of a third dimension within two-dimensional works. In the neon work Figure of Speech, the displacement is numerical, with the missing 1 from the sequence 0,2,3 restored by using the remaining digits alphabetically.

Untitled (Midtone) is what the English call ‘a tea towel’, a cloth used more specifically in the kitchen for drying the ‘washing up’. This piece perfectly illustrates the concern of the artist. It is a utilitarian object that the artist hangs on the wall of the gallery as a ‘soft’ canvas. Instead of bearing a typical commemorative design, the words ‘Content’ and ‘Form’ are superimposed on each other. Which prevails, form over content? Or vice-versa? What is most important in the installation Untitled 2010, a work in which shelving tracks and brackets become a wall attachment system for a pair of Panda posters; The attachment system - comically reminiscent of the bamboo in the image - or the more formal reading, of the shelving tracks as deconstructed framing device?

The two figures of fishermen in the eponymous work Men of the Mountains, Deserts and Seas appear identical at first and yet, looking more closely, we see that this is not quite the case. Each of the works in this exhibition are conceived and constructed with such attention to detail. Liddiment encourages us to sharpen our eyes and our perceptions. 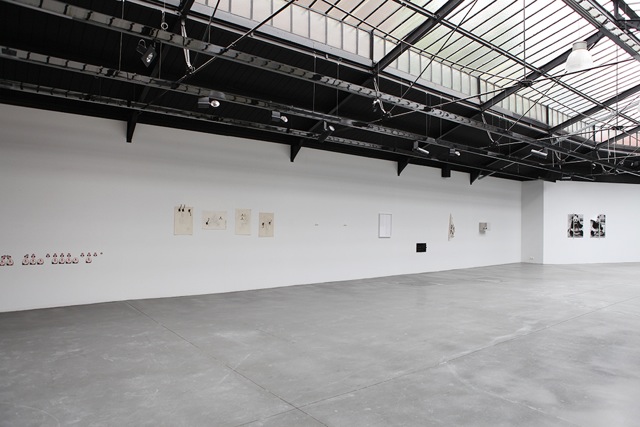 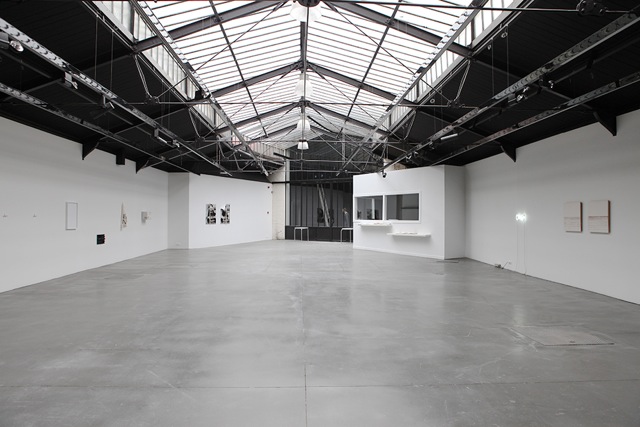 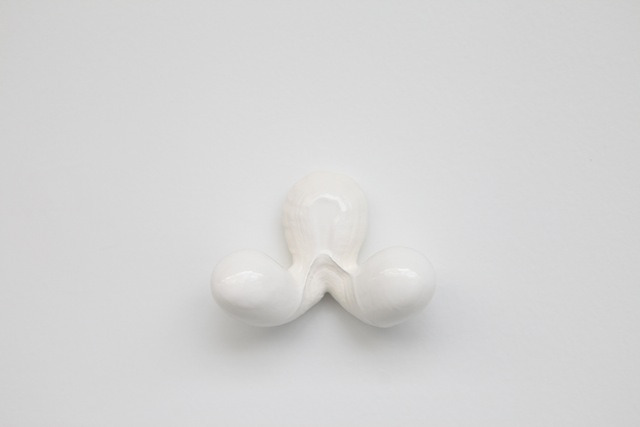 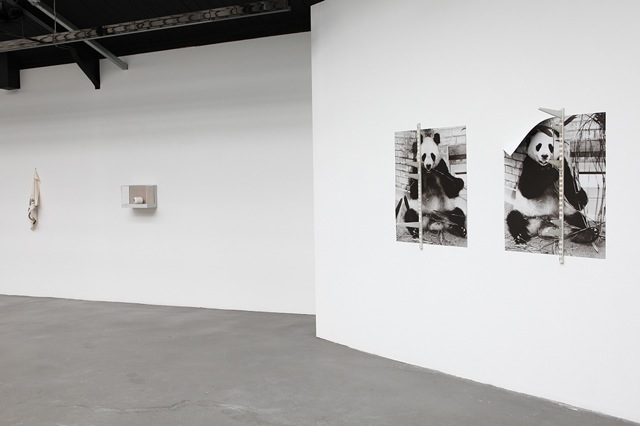 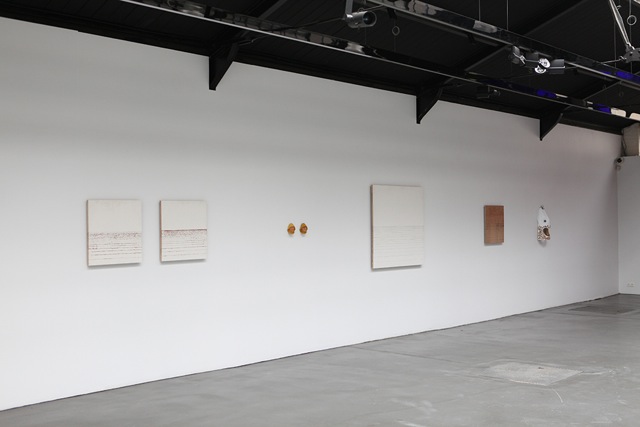 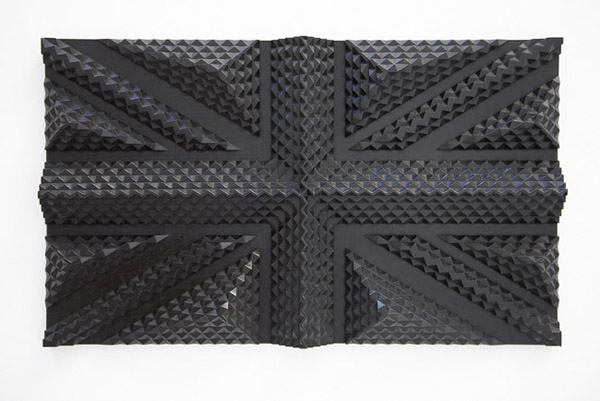 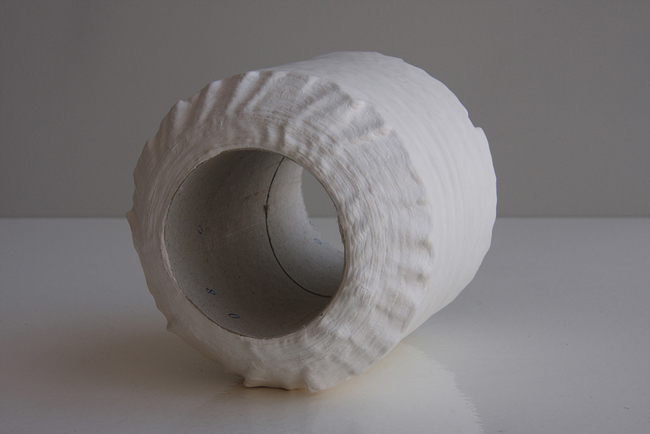 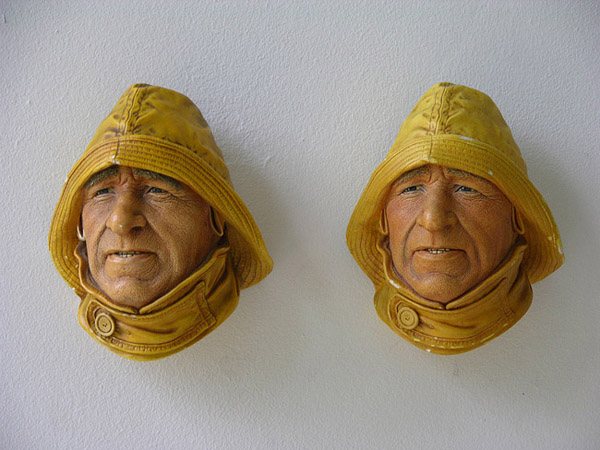 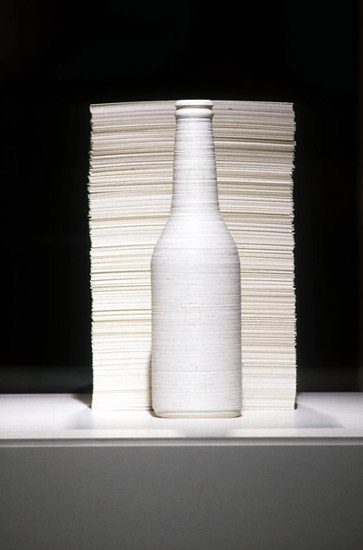 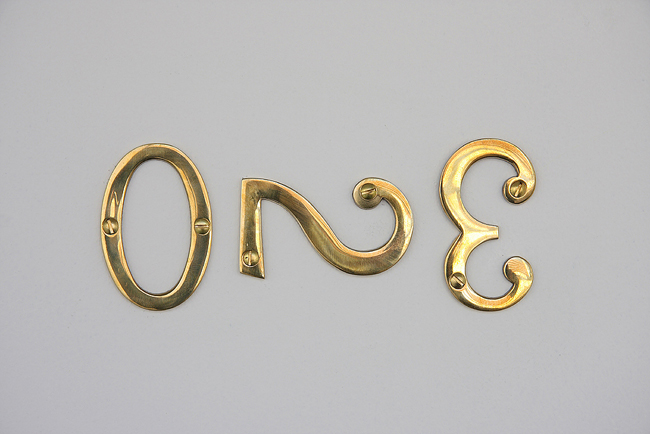 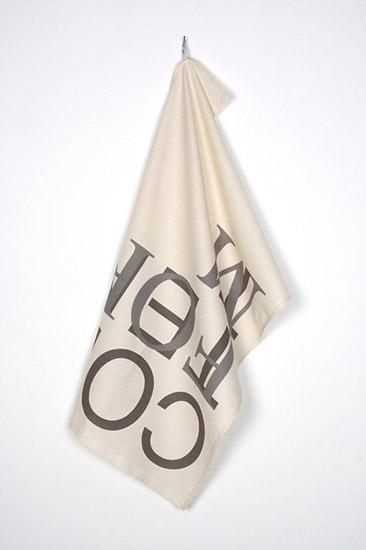 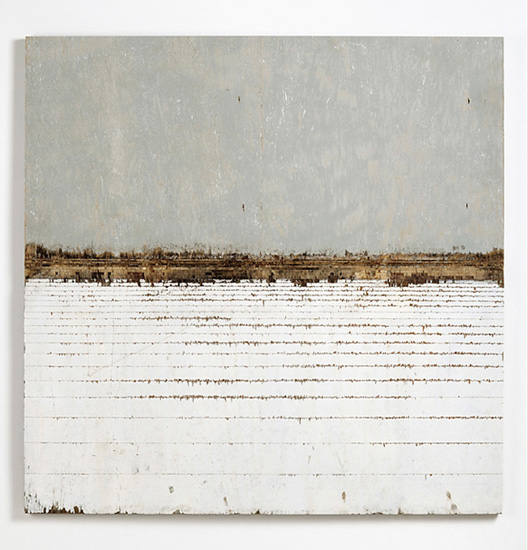 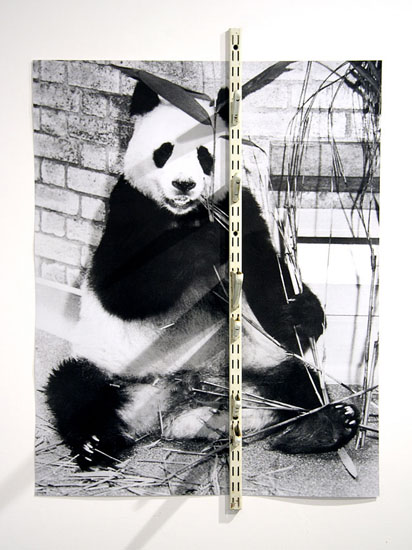