Conscious and prescient of those major social and environmental issues, Lucy + Jorge Orta respond, since they joined together in 1992, with “catalyst” art that provides with solutions and optimism. Mobilising participation and empathy, it stimulates and federates its spectators around “eco-awareness”, nurturing common good through art, and vice-versa.

Vita Extremis offers a retrospective glance on the couple’s prolific body of work for the last 30 years, built around their main meta projects. It also proposes a large number of new pieces from their Amazonia project.

The exhibition retraces the couple’s itinerary and celebrates their 30th anniversary. It offers a colourful, abundant and challenging journey alongside a couple of whistle-blowers concerned with all major issues of our time, global warming, refugees, biodiversity, water shortage and pollution, hunger.

Laureates of the famous Green Leaf Award in 2007, the duo’s activity includes fieldwork with numerous expeditions to the Amazon or Antarctica and they collaborate with scientists and NGOs. They take artistic actions (parachutes, refuge tents, life jackets, suits, stretchers...) during world events such as the COP26 in 2021, to evoke our world under tension.

A dazzling series of new paintings called “Fabulae Florae” enter into a dialogue with the blooming textile creations and reveal the couple’s reinvented commitment to their long-time project Amazonia, dedicated to biodiversity since 2010. A large embroidered poem gives a voice to Gaïa, whom “progress” concedes listening to. This passionate ode to biodiversity and the Amazon’s lush flora calls us for protection.

At the centre of the gallery, a parachute’s curve emerges above the cyma. Surrounded by tent fragments decorated with multiple patches, it refers to the peaceful and universal universe of the meta project flags. Antarctica is a common good, a precious isle with no border nor army and at the same time a very inhospitable place where survival is at stake due to extreme temperatures. Combining the symbolism of emergency and common good, Lucy + Jorge Orta illustrate one of the last “real utopias” of our world and unite their supporters with the “Antarctica World Passport”, which has brought together over 50 000 citizens since 2008.

Water, precious and threatened in the same way, flows around the exhibition. OrtaWater (a meta project started in 2005) joins with Clouds (another meta project, started in 2011) to address both the water problem and the plastic pollution issues. A blue cloud made of recycled plastic bottles on a cargo bike, a life jacket or a tiny boat remind of the sea and many a refugee’s dangerous exodus.

In position all over the exhibition, “Life Guards” are on watch. Defenders of joie de vivre, they are represented by coloured stretchers arranged vertically, ready for their rescue duties. Anthropocene is coming to an end and the Orta are on the side of those who serenely observe the current changes (sustainable energies, biodiversity sanctuaries, less carbonated lifestyles) pushed forward by eco-lucid and militant younger generations. 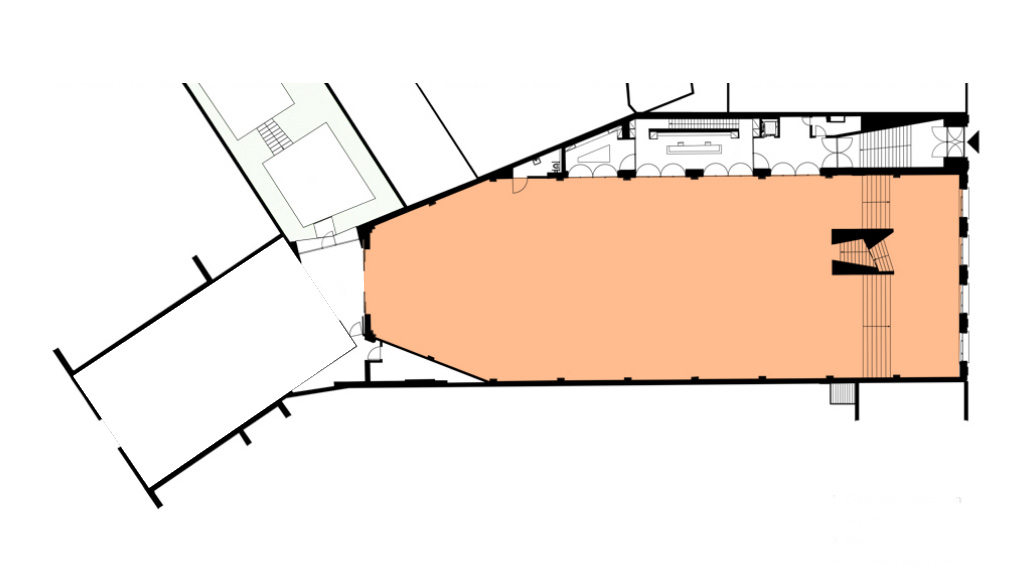 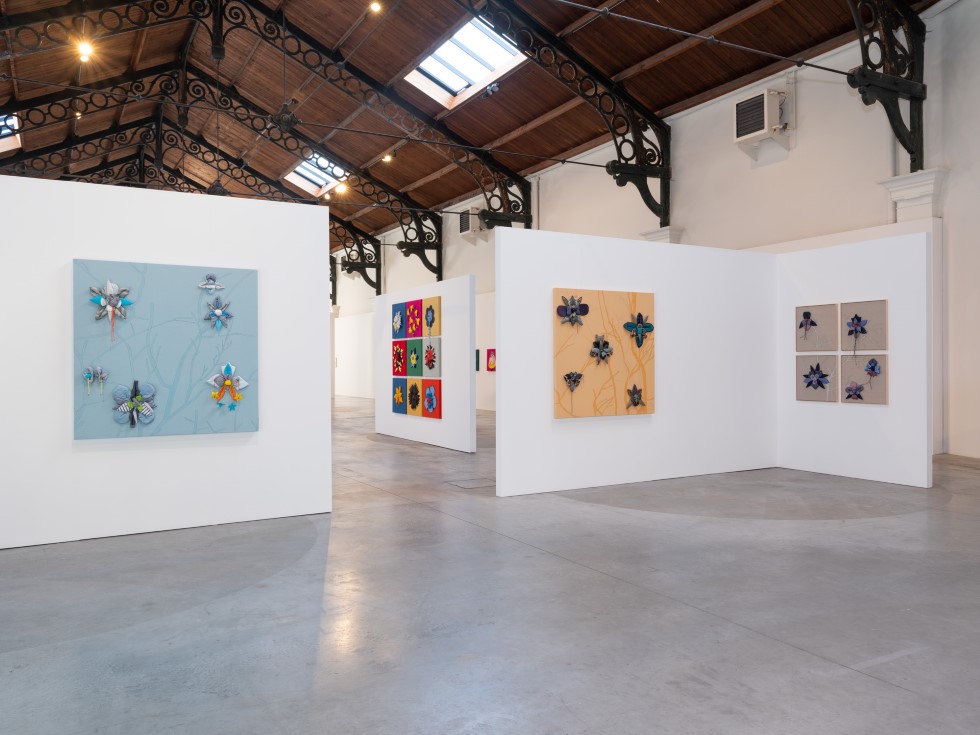 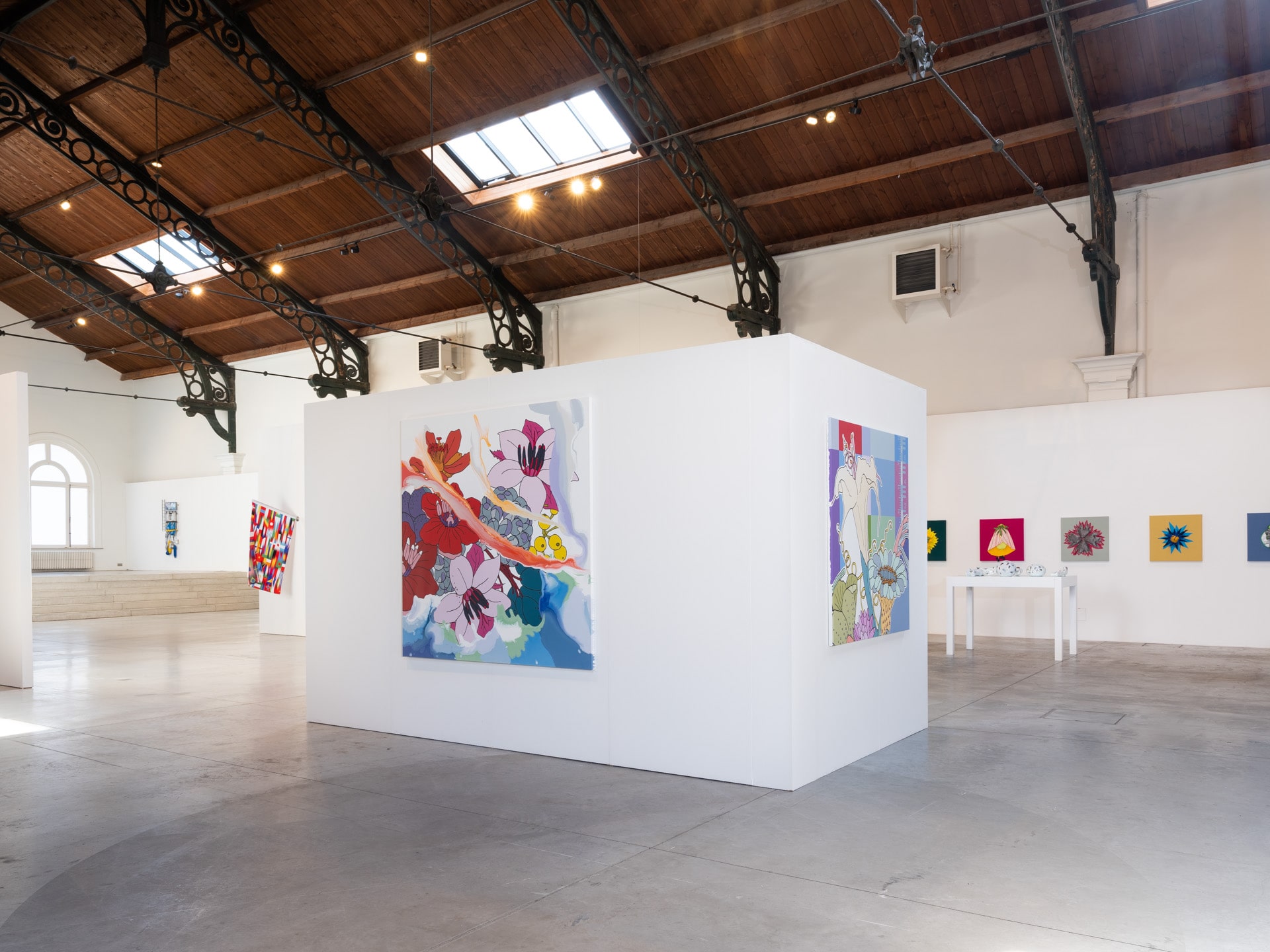 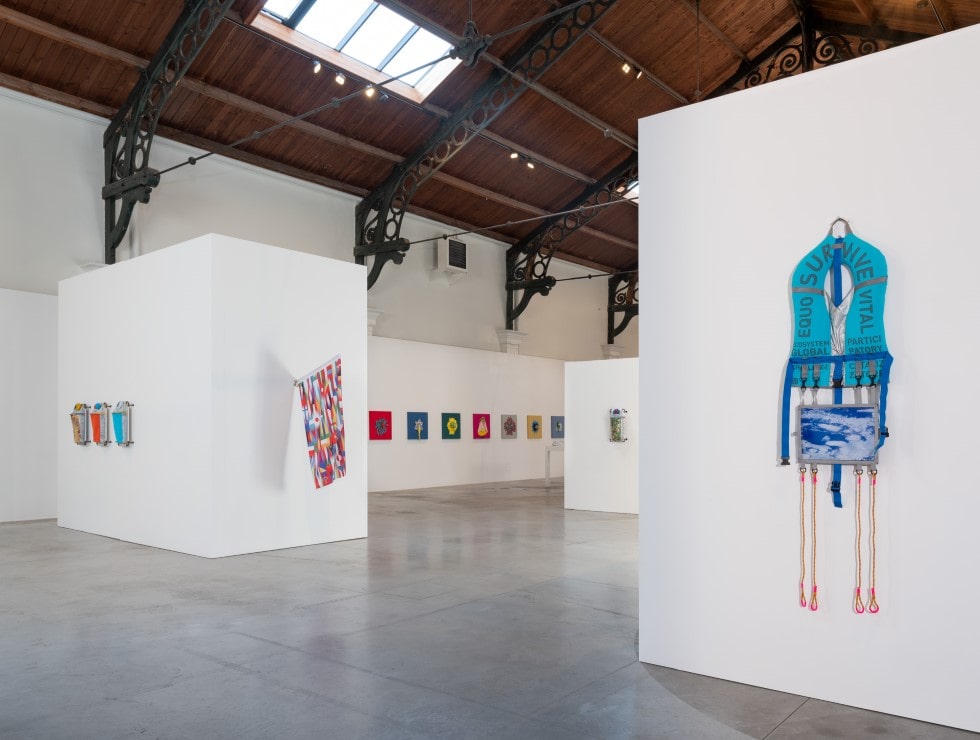 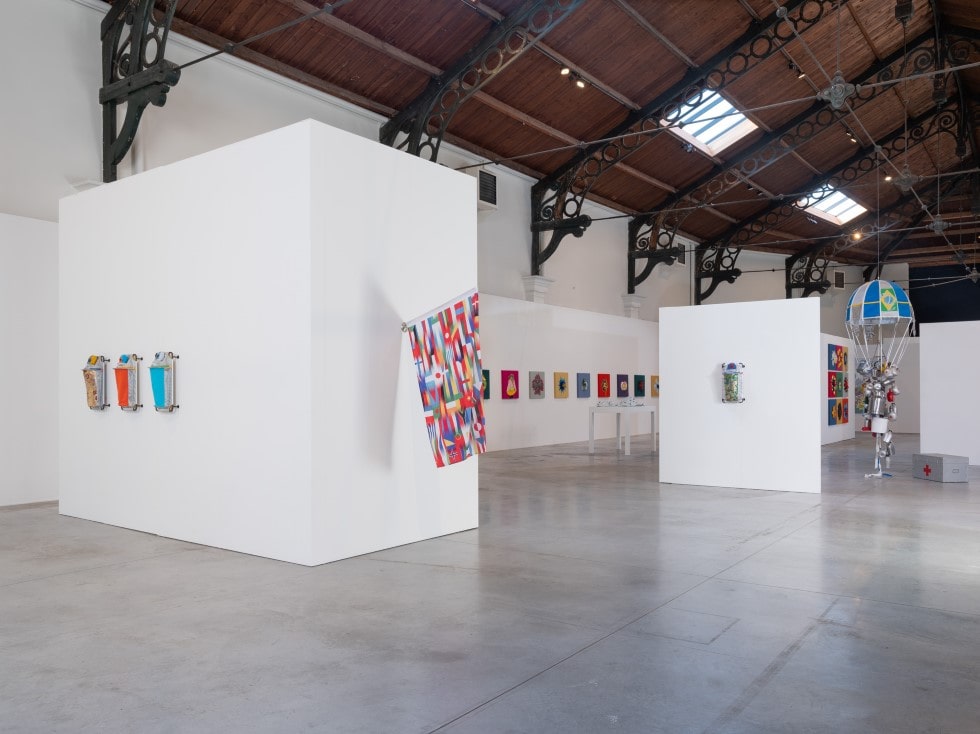 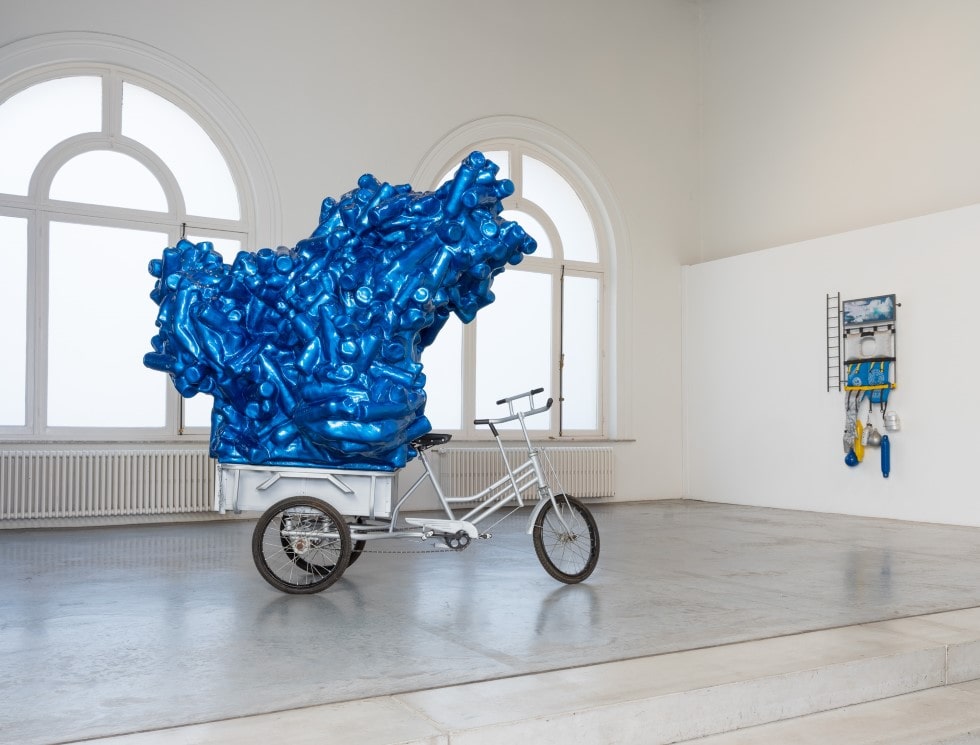 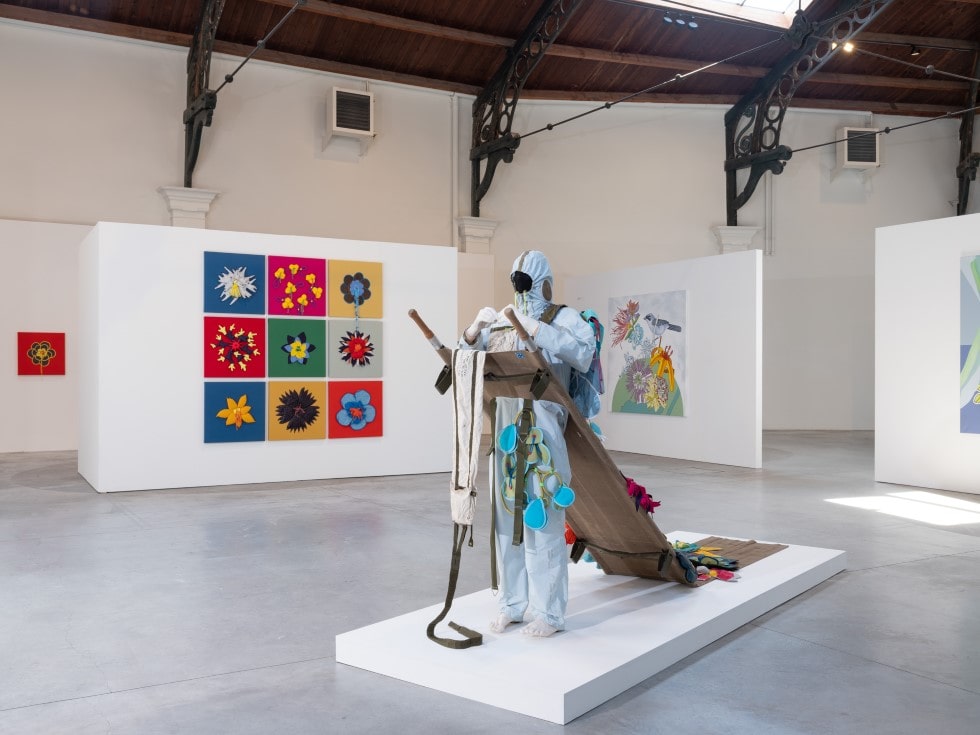 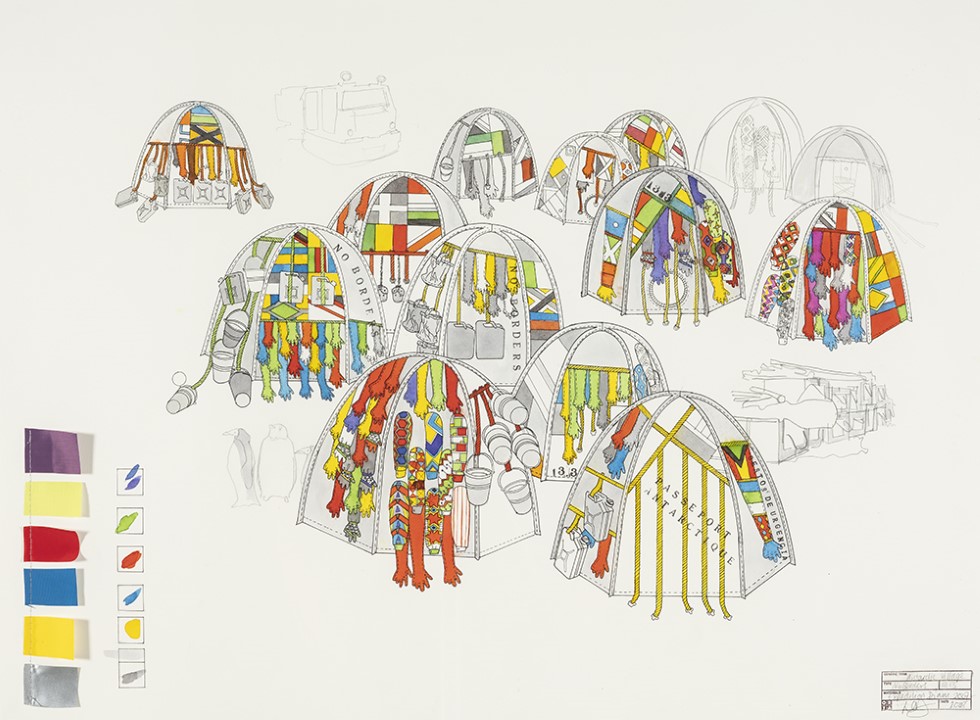 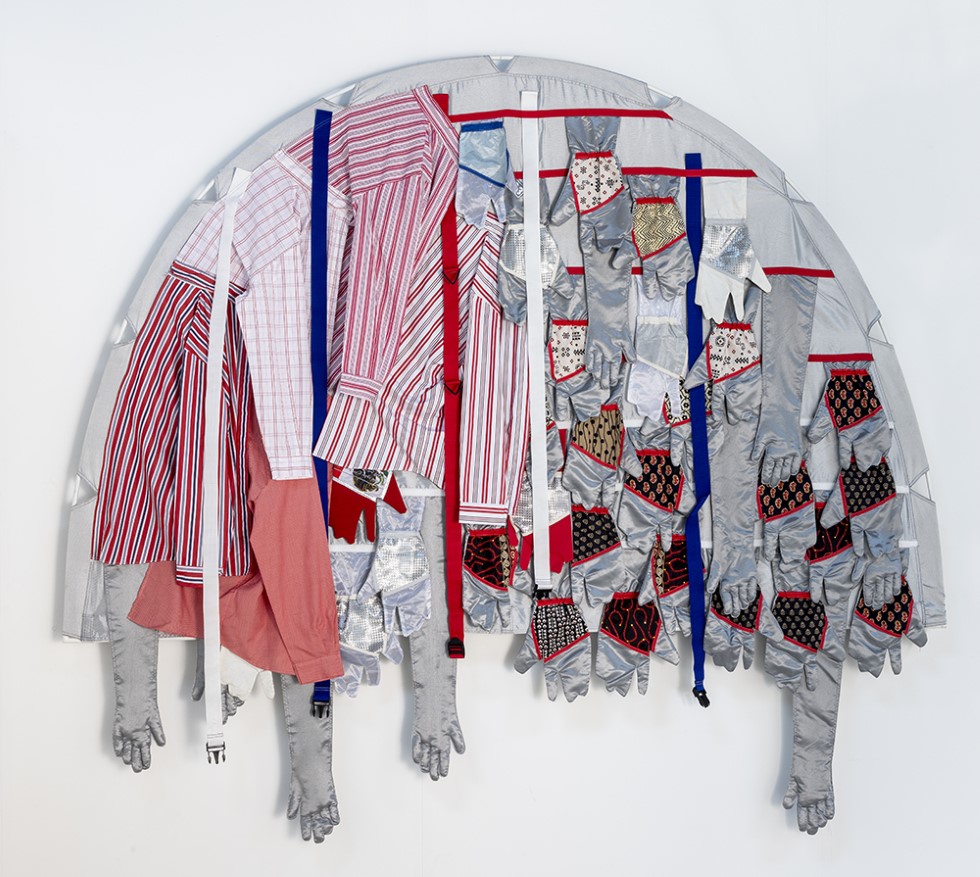 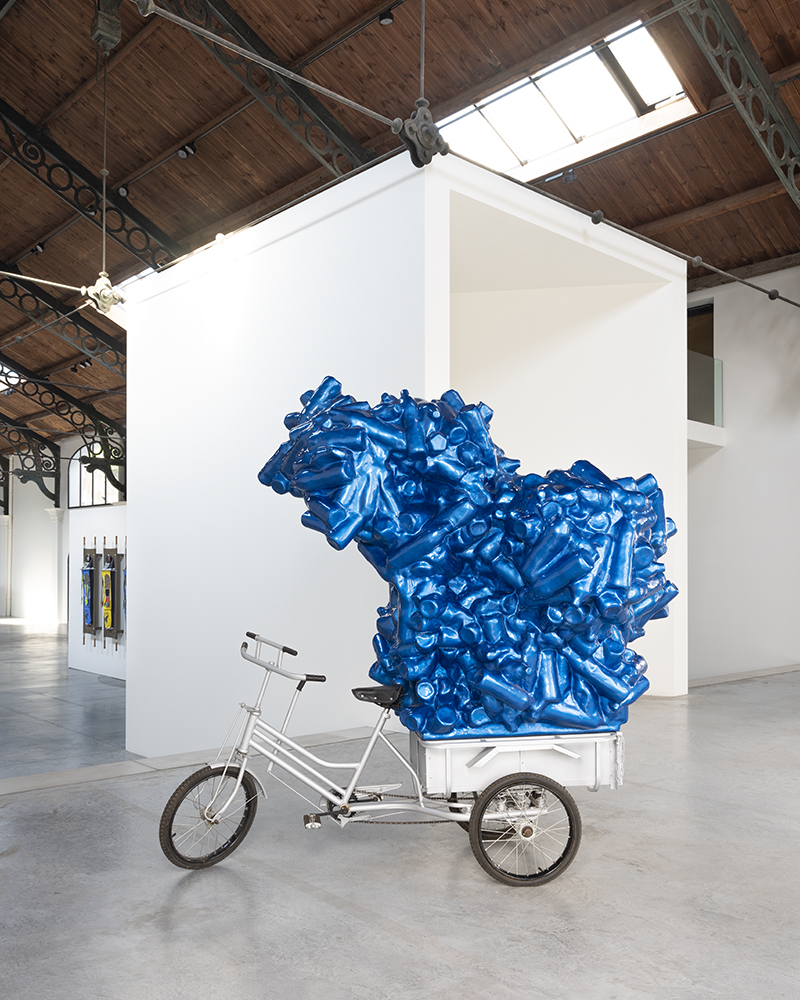 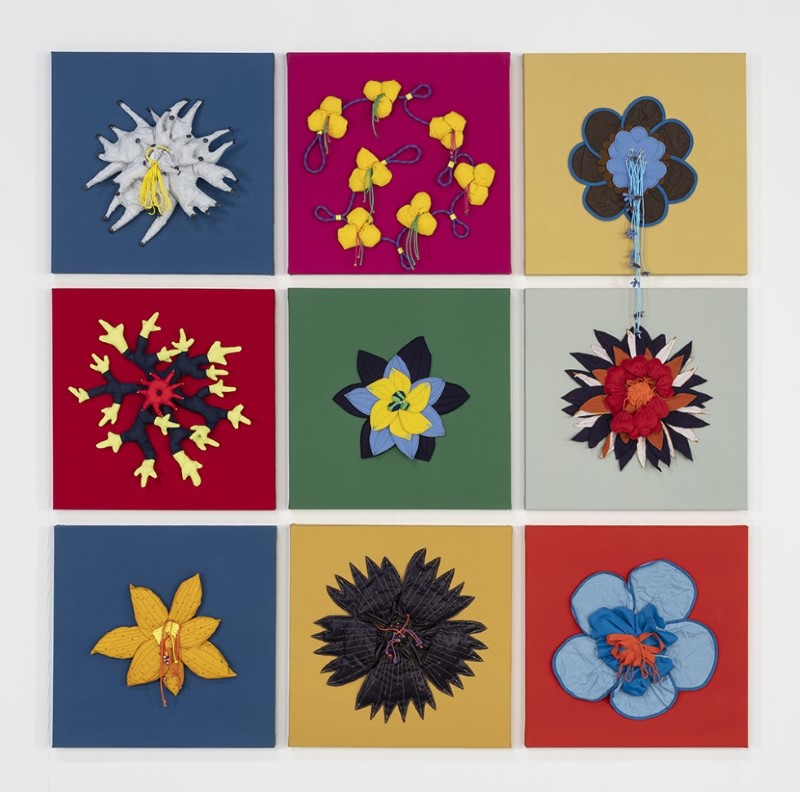 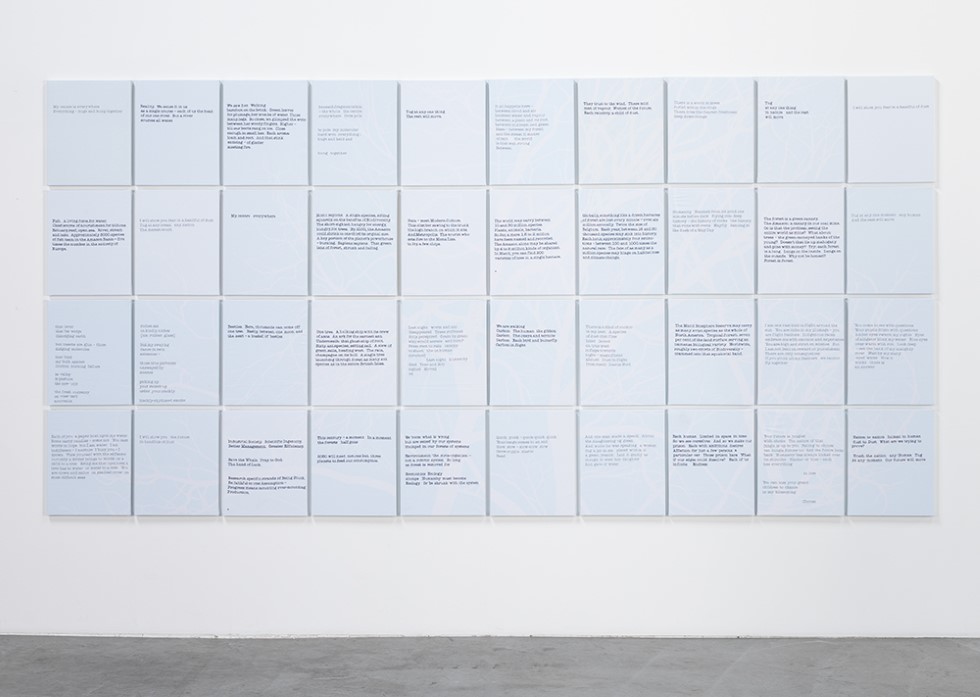 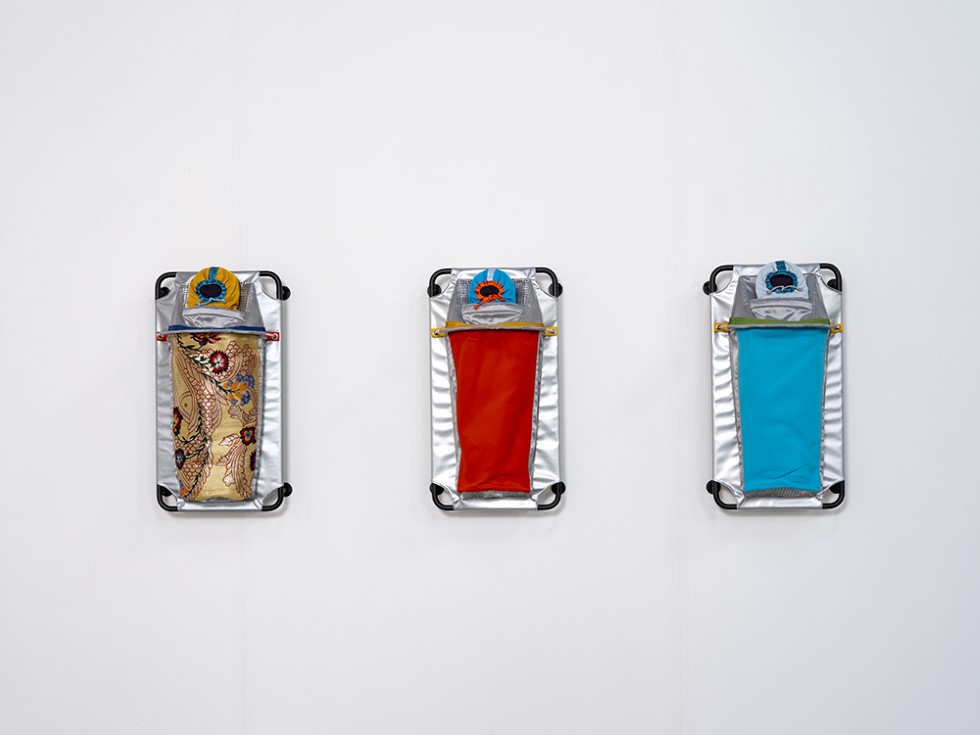