Born in Liège; her maiden name is Trasenster. Studies at the local Academy des beaux-arts. In 1947 marries the French architect Michel Holley and takes up residence in Paris. She there frequents the studios of André Lhote, Fernand Leger, Jean Dewasne and Edgar Pillet.

Participates in the Salon des nouvelles réalités from 1951 to 1954. Becomes a part of the Belgian group Art Abstrait (Abstract Art) with whom she exhibits in Brussels, Aix-la-Chapelle, Milan, etc.

Francine Holley follows her natural path with an innate reserve, outside the circles where great reputations are made. Her initial apprenticeship was in landscape and portrait then, like many other artists of her generation, Francine Holley felt, in 1946, the attraction and the necessity of a plastic unreality such as was propagated at the time in Belgium through the example of Manessier and Bazaine, Tal Coat and Marchand. The teaching that she had received in Paris incites her to give prevalence to systems of a geometrical spirit. It is in these circumstances that her work appears in the journals of silk-screen prints published in Brussels by the Art abstrait (Abstract Art) group: initially immobile form-signs in tones that are muted and whole, laid out on a monochrome background, later on, set invented structures with precise linear outlines.

rancine Holley was careful not to let herself be trapped into the propounding of a frozen equilibrium. She assimilated the spirit of this discipline the better to be able to use it more freely thereafter. Thus towards 1958 we see the application of a rigidly organised polychromy being replaced in her work by looser compositions whose organised lines are integrated into calm black and white harmonies. While setting herself apart from the fate of an impassive geometry, she avoids letting herself get caught up in tortured or prickly forms of expression. If, in the last vicissitudes of her artistic evolution, she reintroduces colour, it is colour of a less dry tone, of a more emotive touch, chosen to correspond to both sensitivity and reason. 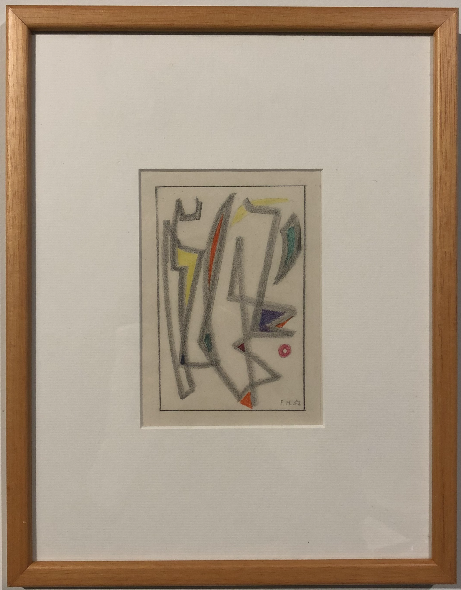 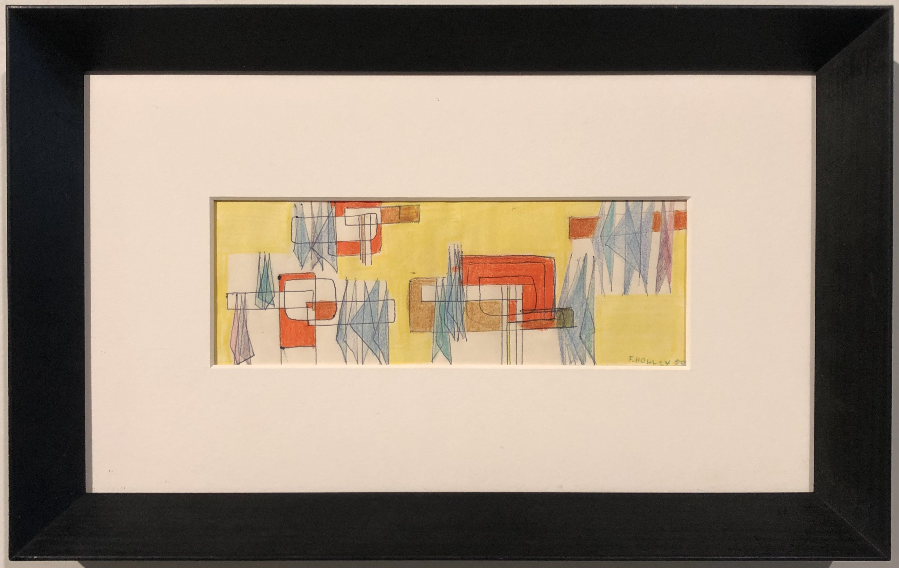 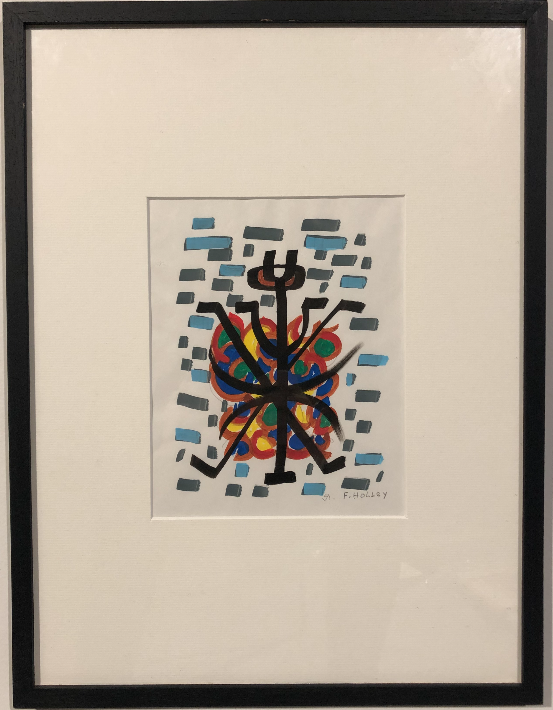 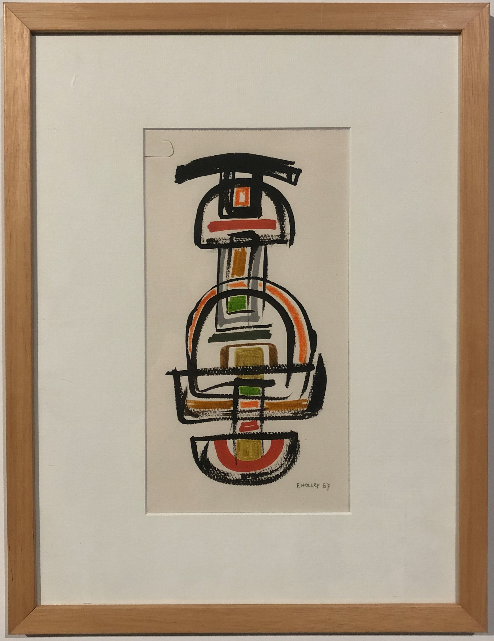 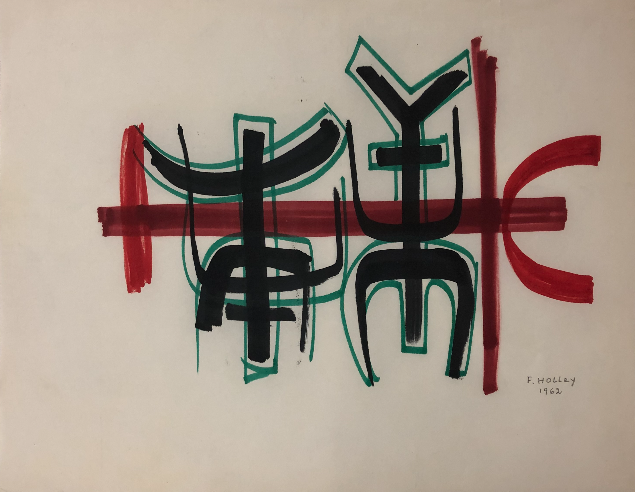 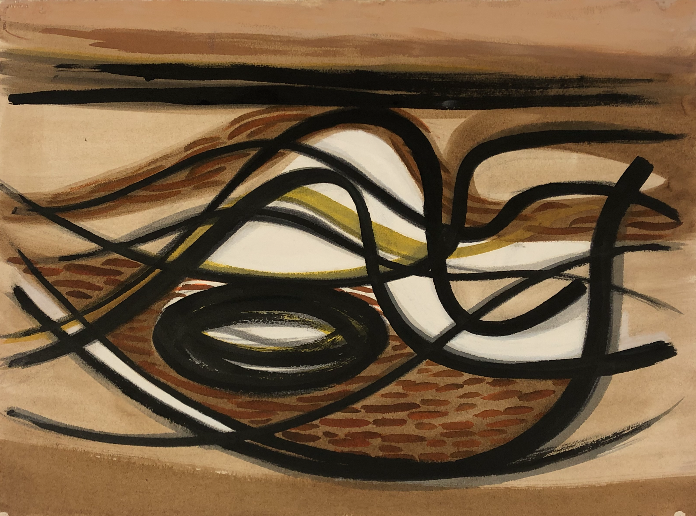 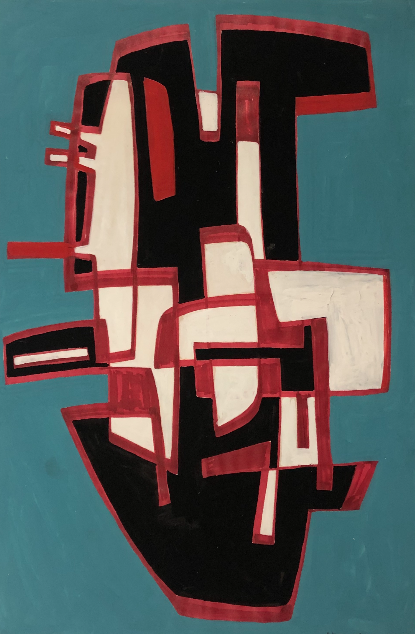 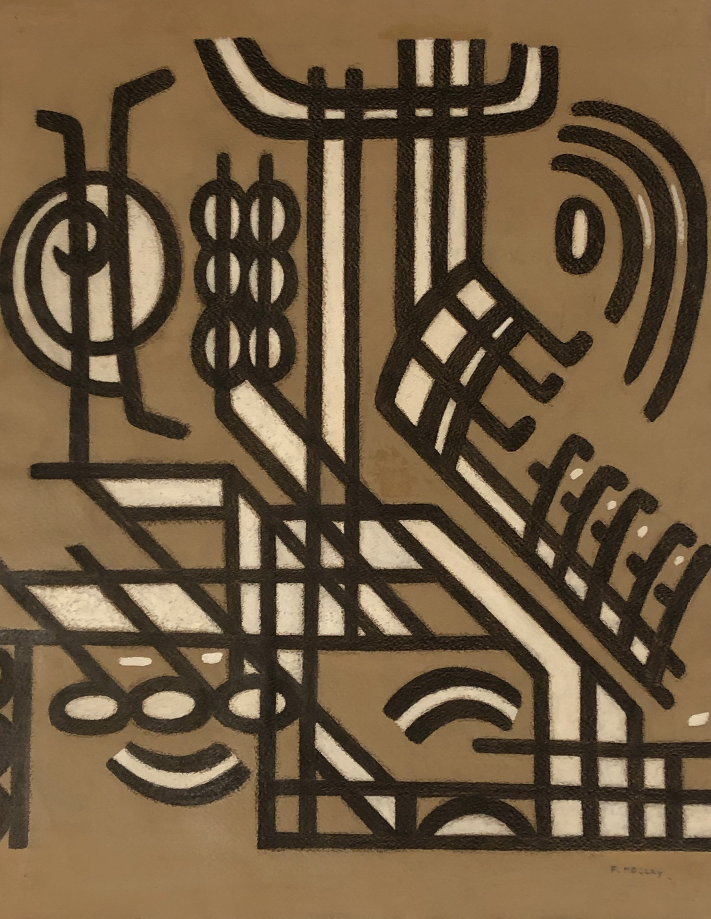