French artist of Venezuelan origin, born in Caracas in 1923, died in 2019 in Paris. He is one of the major actors of the optical and kinetic art, artistic current that claims «raising awareness on the instability of the real»1. His research makes him one of the twentieth-century thinkers of color.
Carlos Cruz-Diez’s plastic discourse is based on the chromatic phenomenon conceived as an autonomous reality that evolves in space and time, without the help of form or support, in a continuous present.
His works are present in the permanent collections of prestigious institutions such as: the Tate Modern, London, the Museum of Fine Arts, Houston, the Wallraf-Richartz Museum, Cologne, the Museum of Modern Art (MoMA), New York, the Musée d’Art Moderne de la Ville de Paris and the Centre Pompidou, Paris.
--
As his fellow artists Jesus Rafael Soto and Julio Le Parc, founders of Kinetic and Optical art, Carlos Cruz-Diez conceives the work of art as a participatory work: the spectator modifies by his position and his movements the object his is looking at. This notion of movement is also a matter of time and introduces the fourth dimension in art.
He considers that this work is the sum of the object and the subject inside a delimitated area, in all the variability of the individual experiences. This is why Carlos Cruz-Diez has promoted interventions in public settings since the beginning of his career, with an assumed aim of democratization of the art object. Art belongs to everyone and everyone experiences it.
His research on color is based on a scientific and empirical posture regarding the sensory and physical experience. The work of art is no longer autonomous and distant. It is no longer a unilateral proposal from the artist to the audience. Public and artists are indissolubly associated in his phenomenology, constituting somehow an assumed couple, by which the artist takes an amused and quasi-scientific distance on the effect produced on the spectator.

The stagings of Marion Charlet are too beautiful to be true. Under a colored filter, they are deployed within geometric glitter canopies who open their doors to luxuriant landscapes. These kinds of open-air loggias do not include any intimate corner in which to hide from the world’s eyes. Influenced by cinematography, the loggias are often seen at a high-angle. Their space is architectured by a pavement, baths and pavilions. Marion Charlet works with rigorous patches and carefully detailed plans. Adept of the matissian patterns she doesn’t hesitate to uniformly and smoothly introduce colours, even if that gives a decorative notion to certain elements of her work. The scene seems to arise from a dream with its ‘soul vacation’ atmosphere. Heavenly shack or Nautilus of acidic colours, washed out images liquified by water, rich in vitamins of summer vacation. The pleasures that take place belong to the simple joy of peacefully leaving the door to the warmth of the summer.

Marion Charlet’s art is strongly defined by an imaginary which intersects reality in color compositions in order to enlighten the terms of a colour based aesthetic.
Color determines the construction of each of her paintings and watercolors, leading the pattern to the fullness of its form. Between reality and fiction, her work declines a whole word of idealized, paradise-like landscapes. Where the natural and the artificial meets humanity seems to have no space.
Though, Charlet experimented recently with dancing figures, isolated or in groups, floating in indefinite spaces, with a dominating opaline blue, between apparition and disappearance. 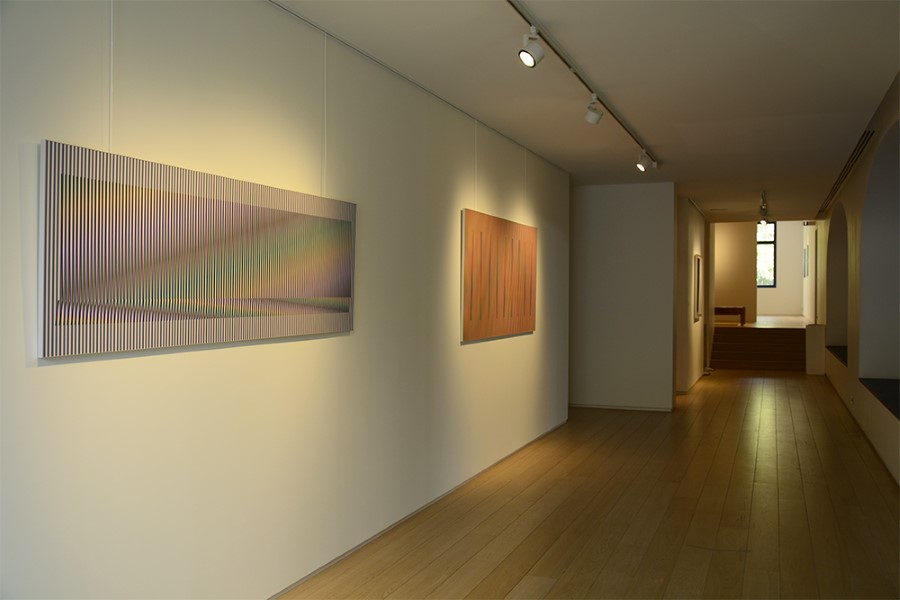 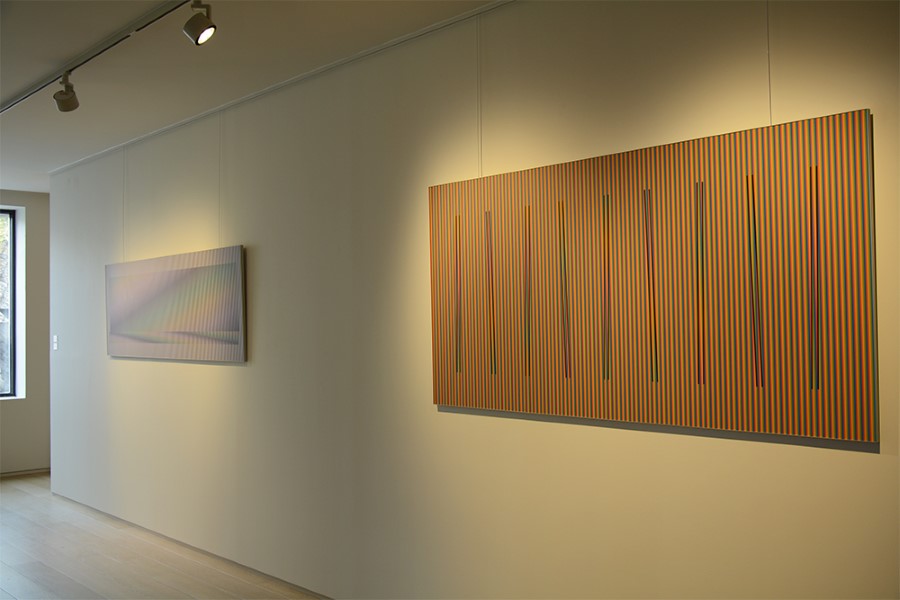 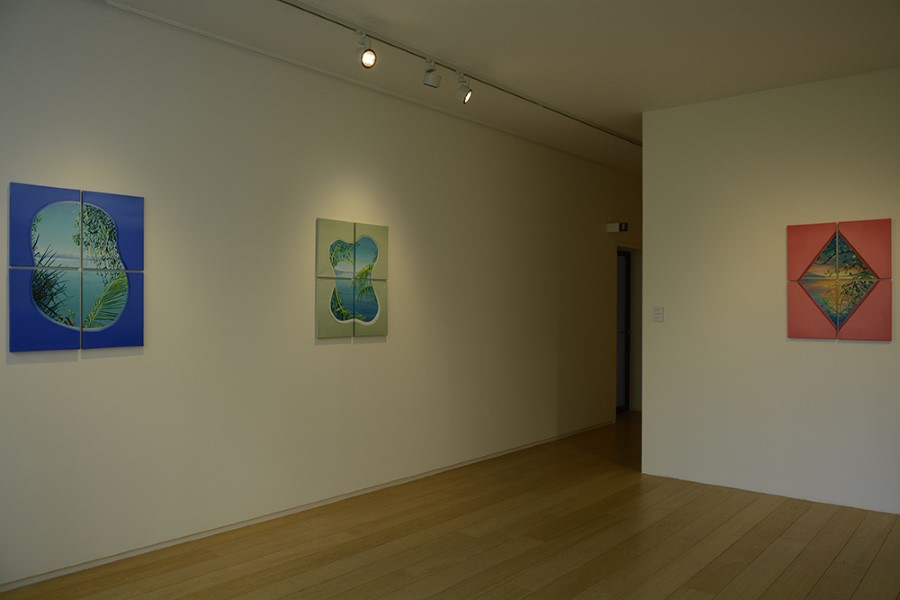 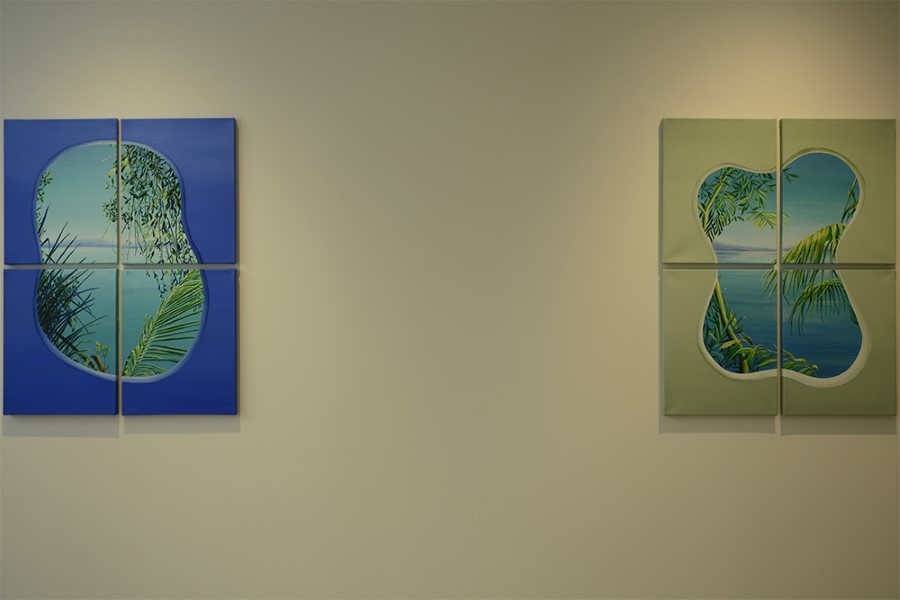 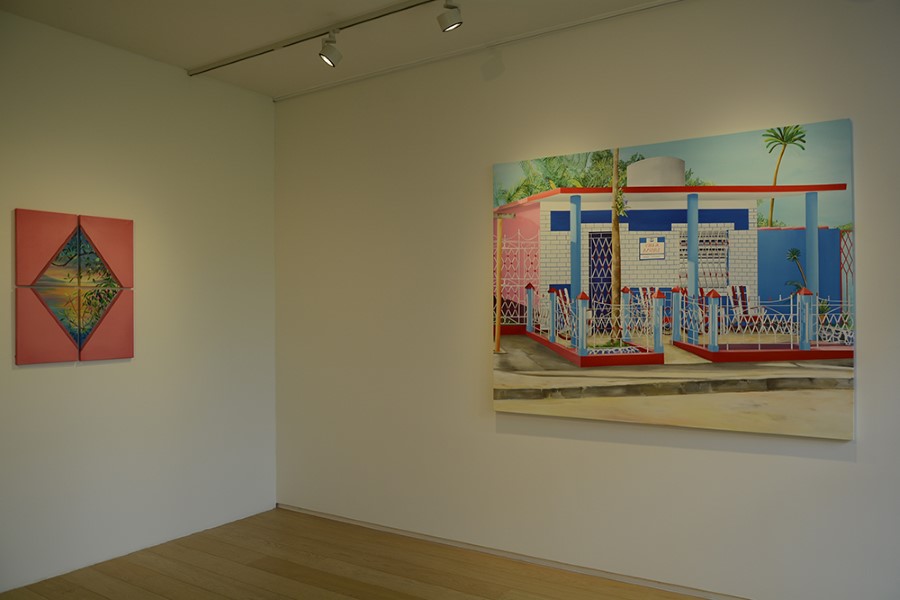 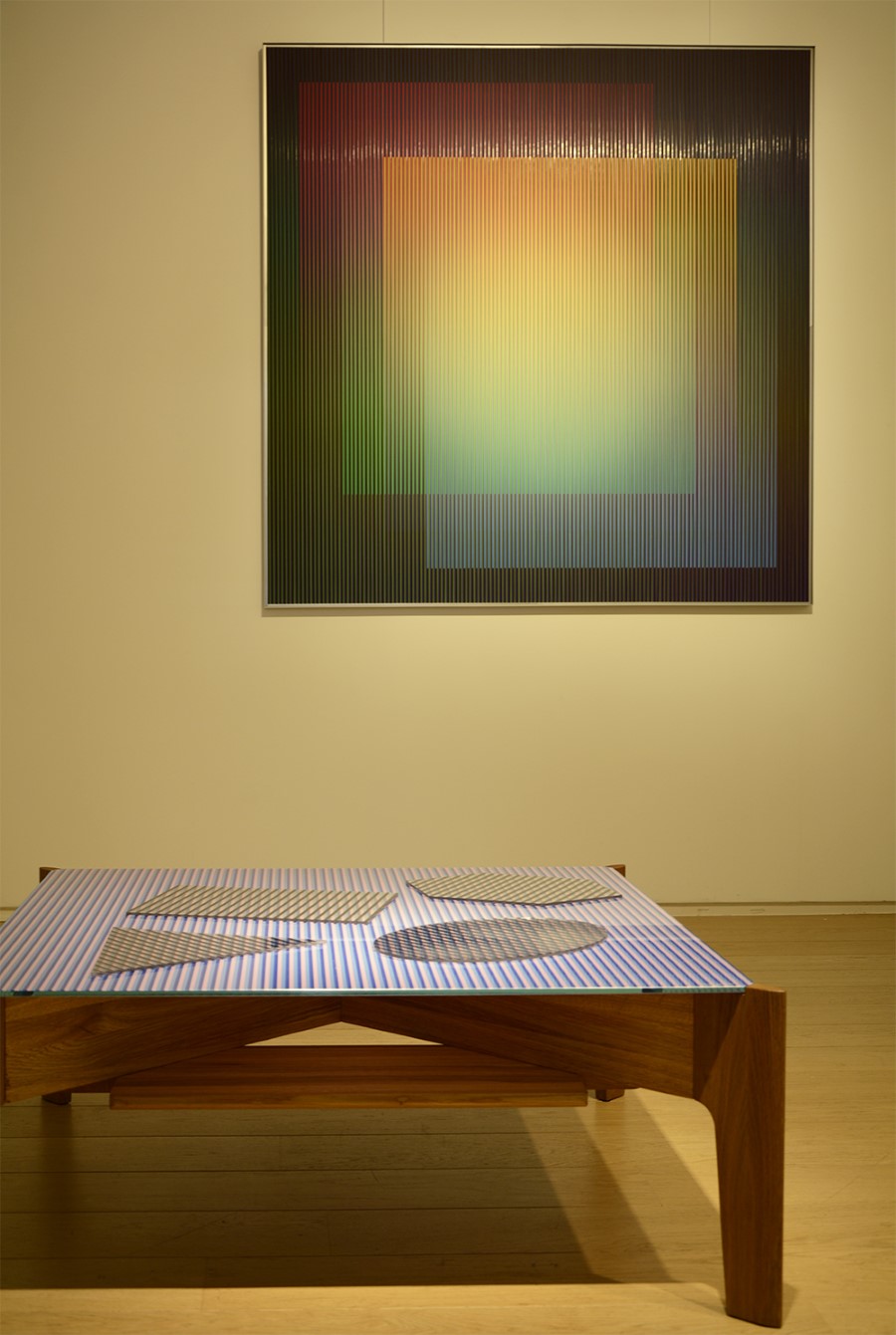 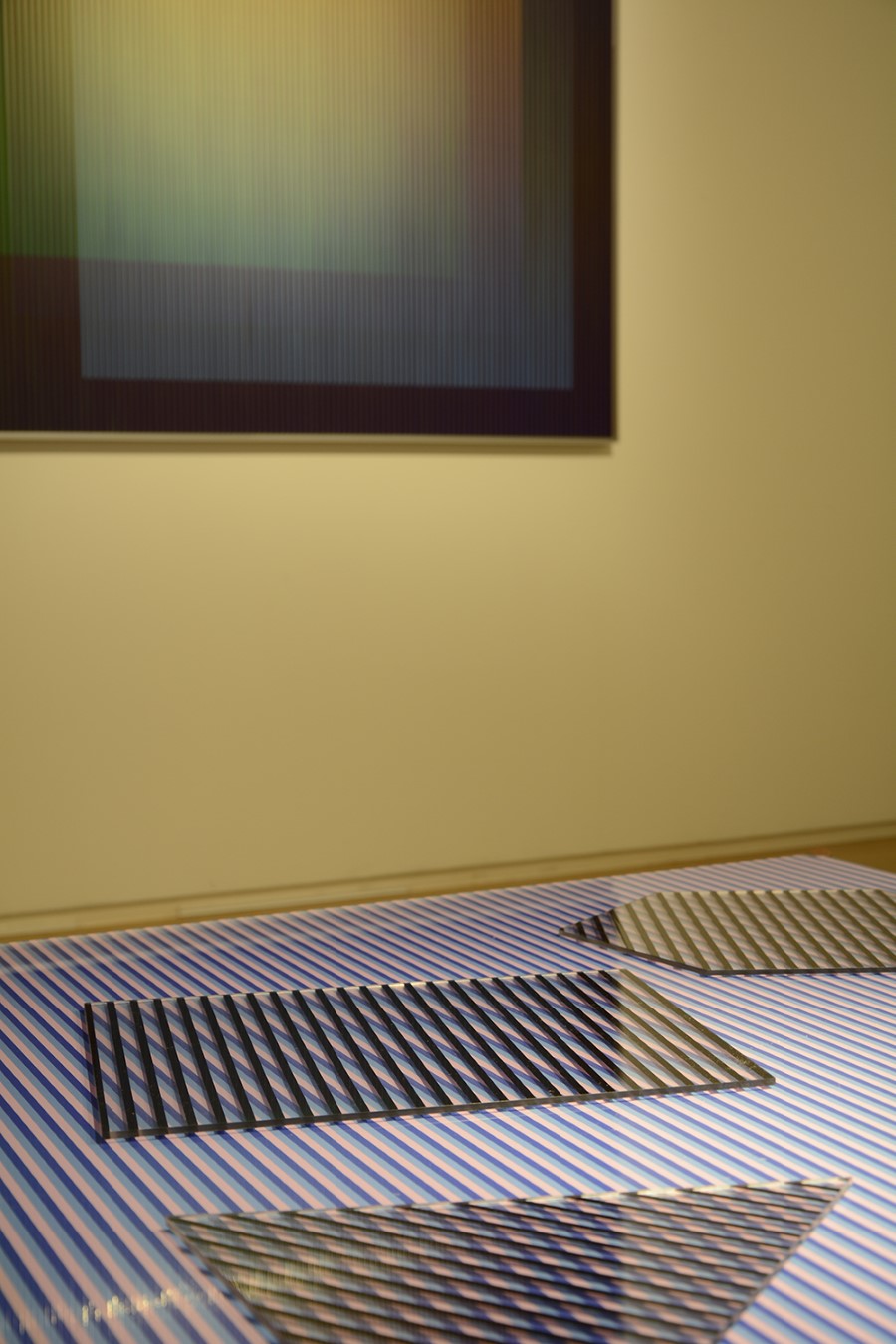 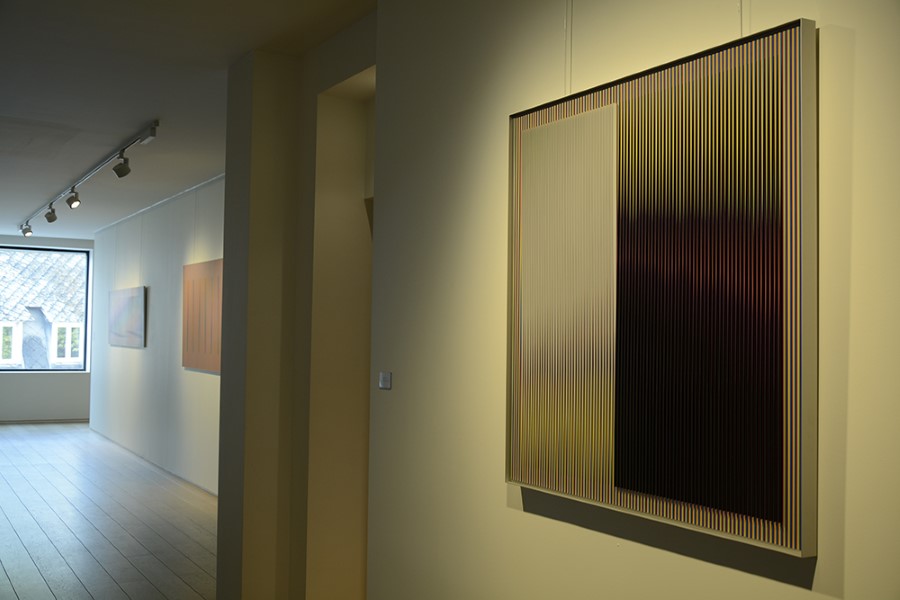 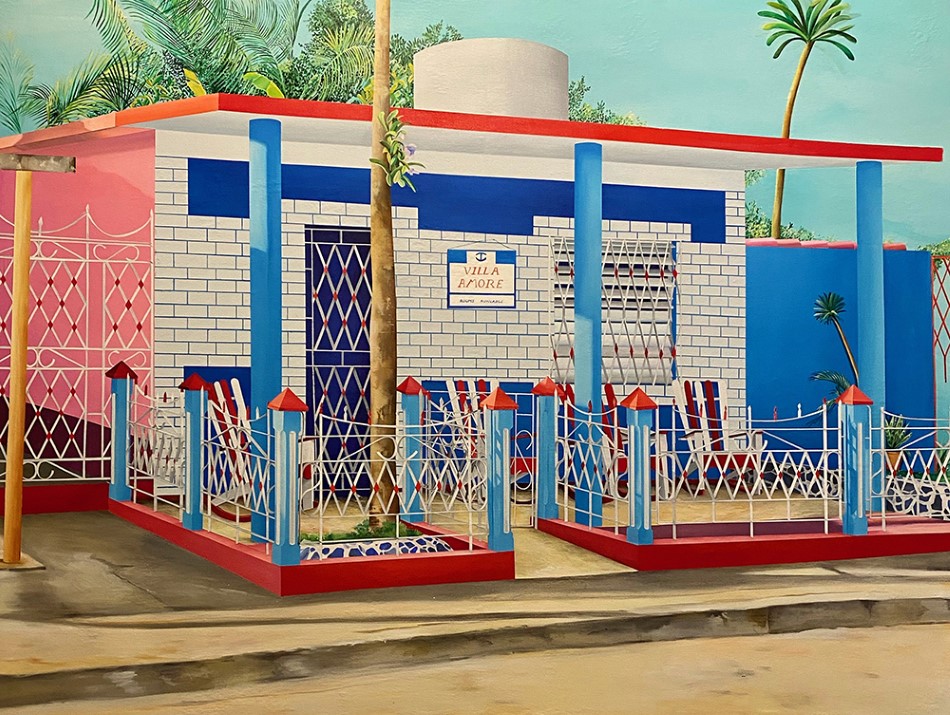 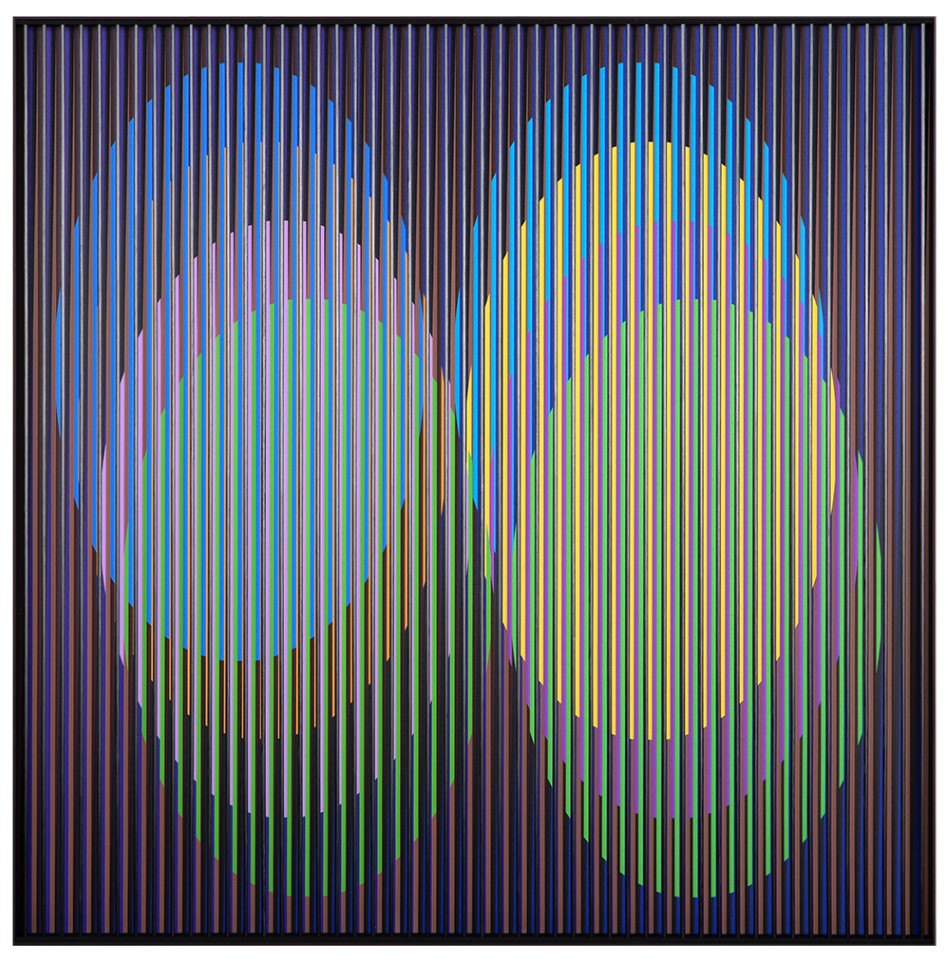 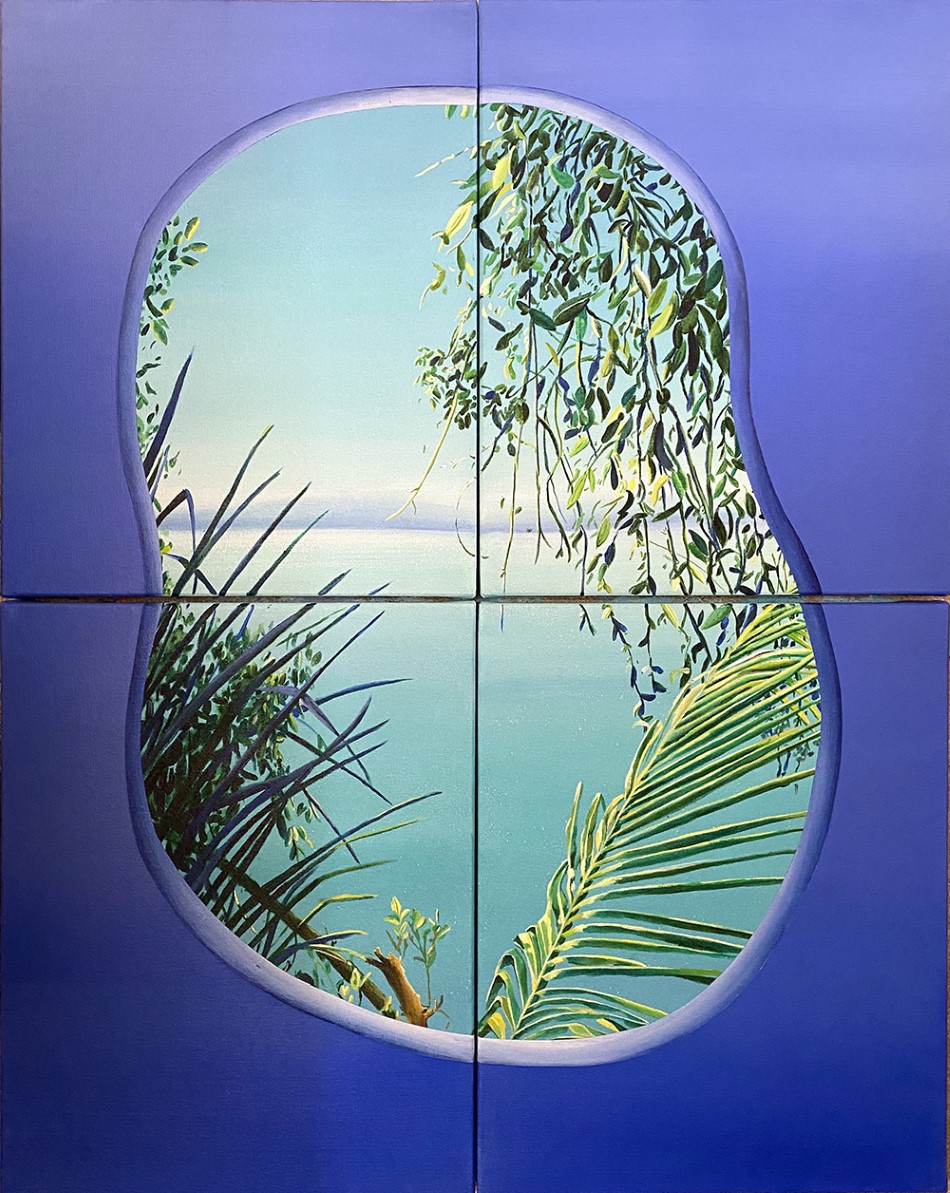 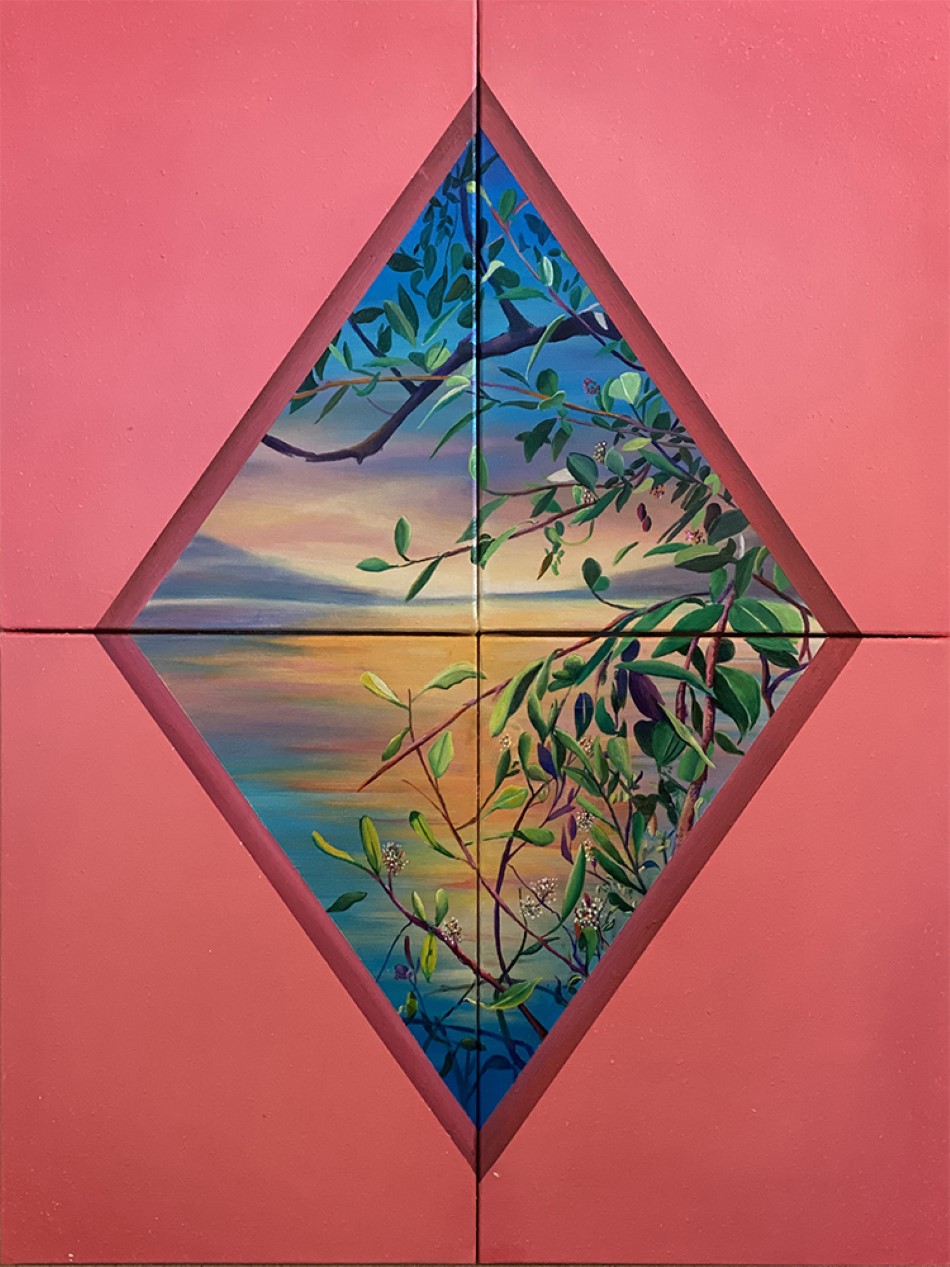 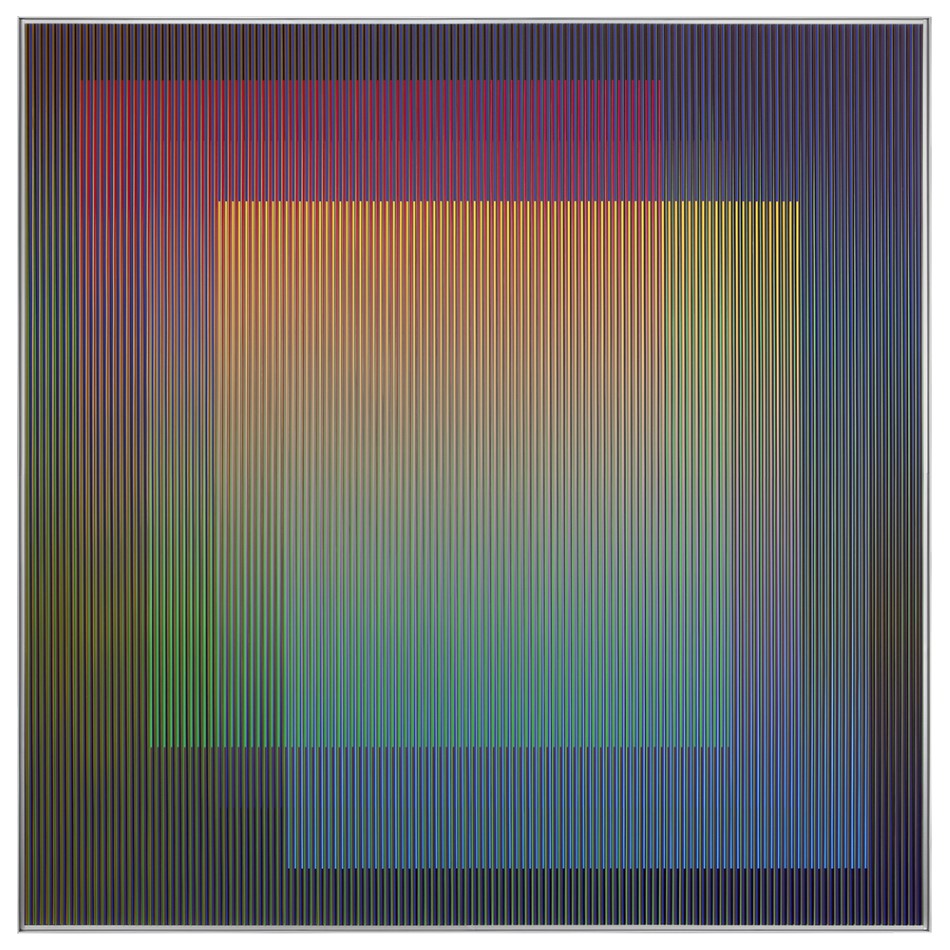 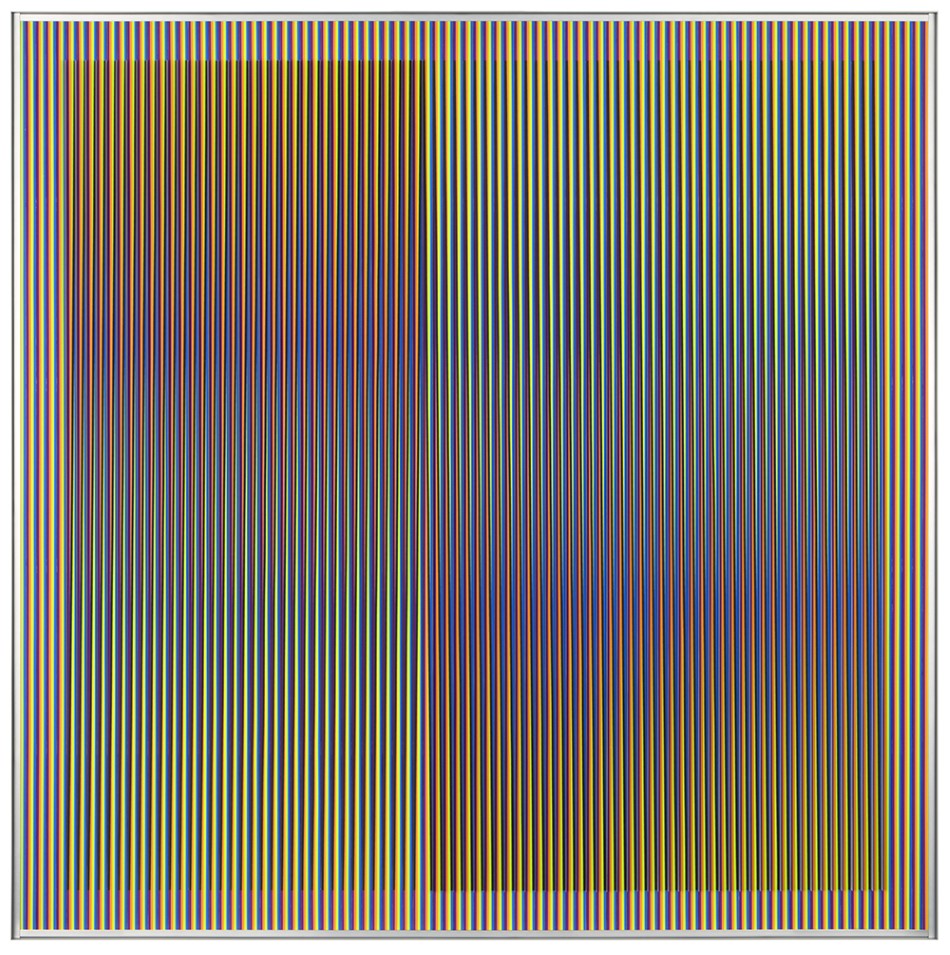 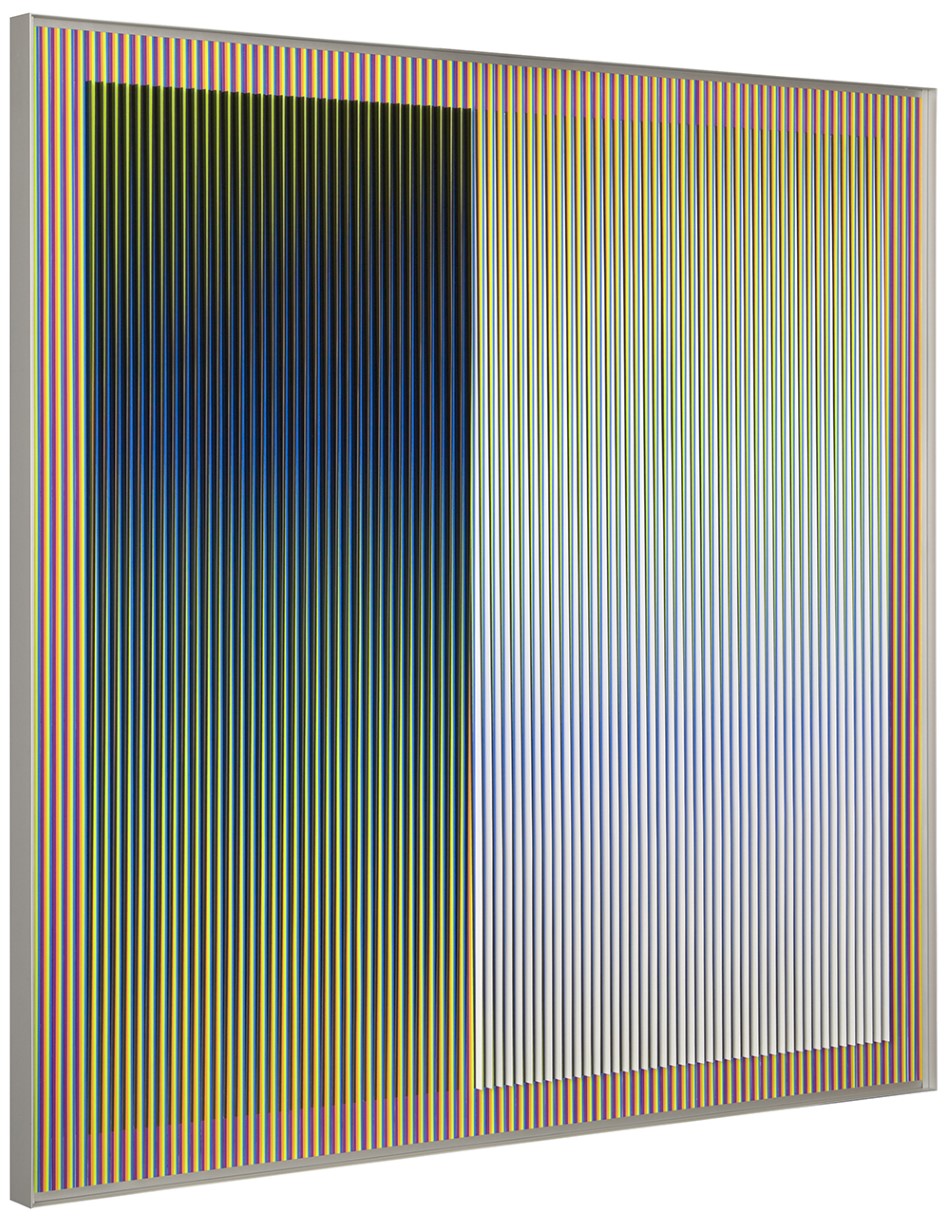