Press release : PDF
Marion CHARLET is back at La Patinoire Royale – Valérie Bach gallery with a second exhibition focusing on a new series that could be named « pictures from a floating world », to paraphrase the Japanese Ukiyo-e, an art movement from the Edo era (1603-1868).

From this brand new variation’s watercolours and acrylics emerges a peculiar feeling of lightness, levitation and floating that defines these human figures, variably veiled male or female bodies seemingly taking off, flying, jumping in solo or group ritual, poetic dances.

Who are these mysterious, faceless characters turning their backs on us, gliding weightlessly in an undefined colourful universe, once seabed, once sunbathed paradise ? Which story are they telling us, these enigmatical ghosts who dance their lives, liberated from the Other’ s eye as if they had walked a gate through to another dimension, spreading their wings with no more restraint ? Do they portray that subconscious part of our own selves, waiting in ambush, seeking to escape the contingencies of reality and the world’s hard consistency, longing for freedom, fantasy and creativity ?

Compared with Marion’s previous work, which plunged the spectator into the perplexity of a static and exstatic vision of acid, steady and luminous architectures, structured by authoritarian perspective, overexposed to Florida’s midday sun, screaming the deafening silence of empty spaces, we are now immersed, in a stunning contrast, in a universe moving with fluidity, where the synthetic lanscapes of archtitectural compositions appear to have been printed on the silky and volubile fabric of a gown flying in the wind, penetrated by light, projecting blue shades on a ground with no reality, dancing to a mesmerising tune.

Like the wings of a butterfly circling in the summer light, ephemeral wonders of nature, those undulating surfaces, underwater choreographies, express through their delicacy the bliss of a coming summer that will never die. 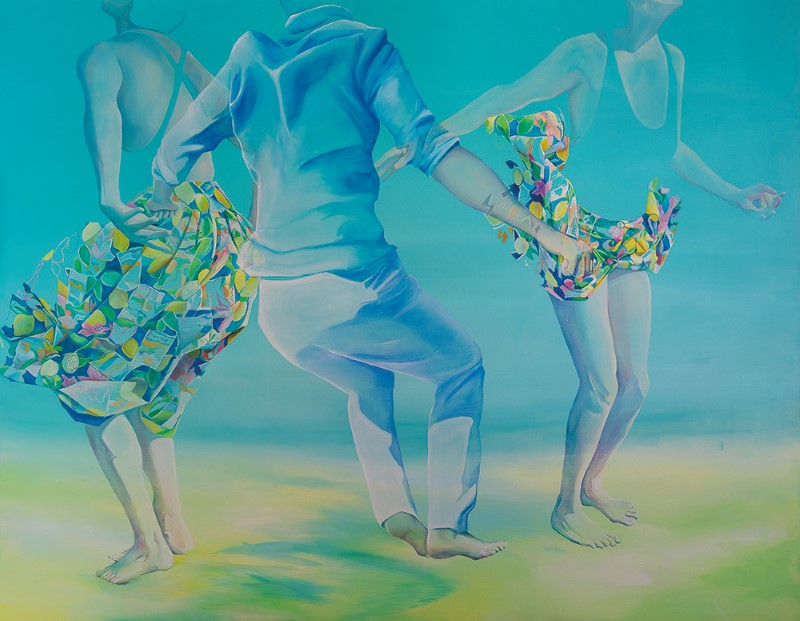 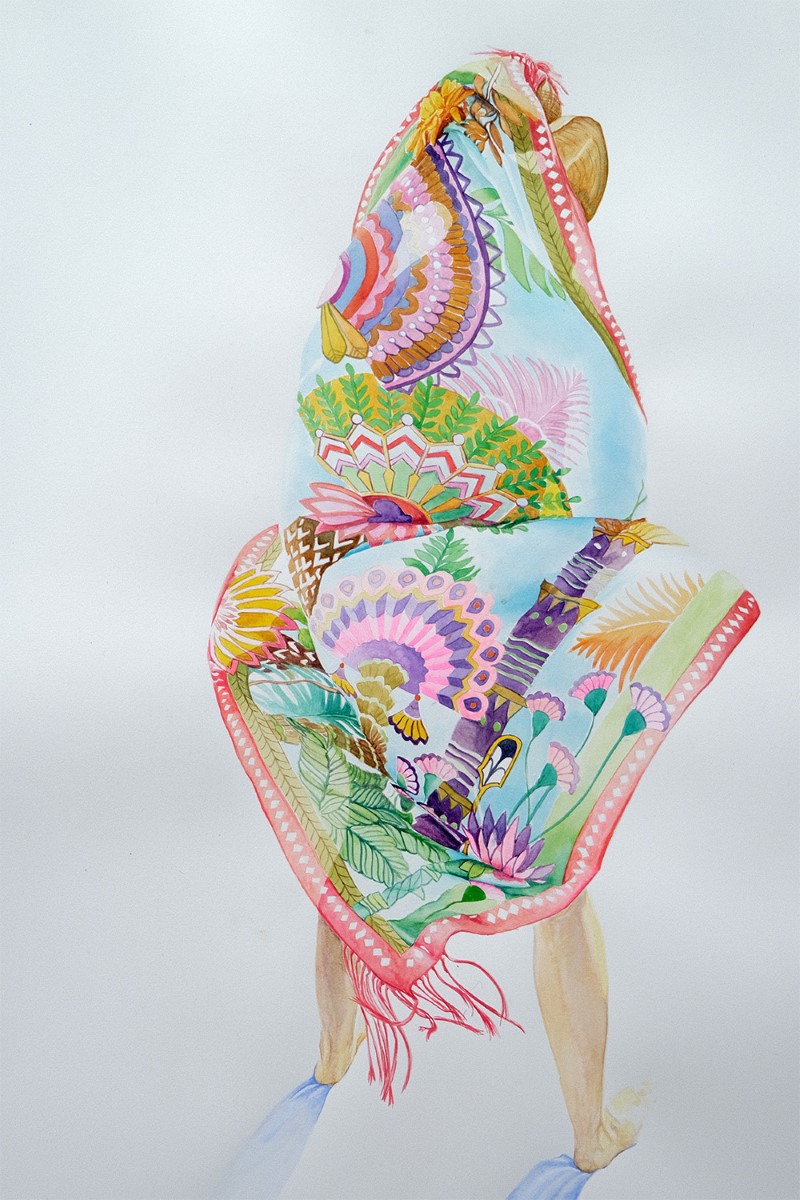 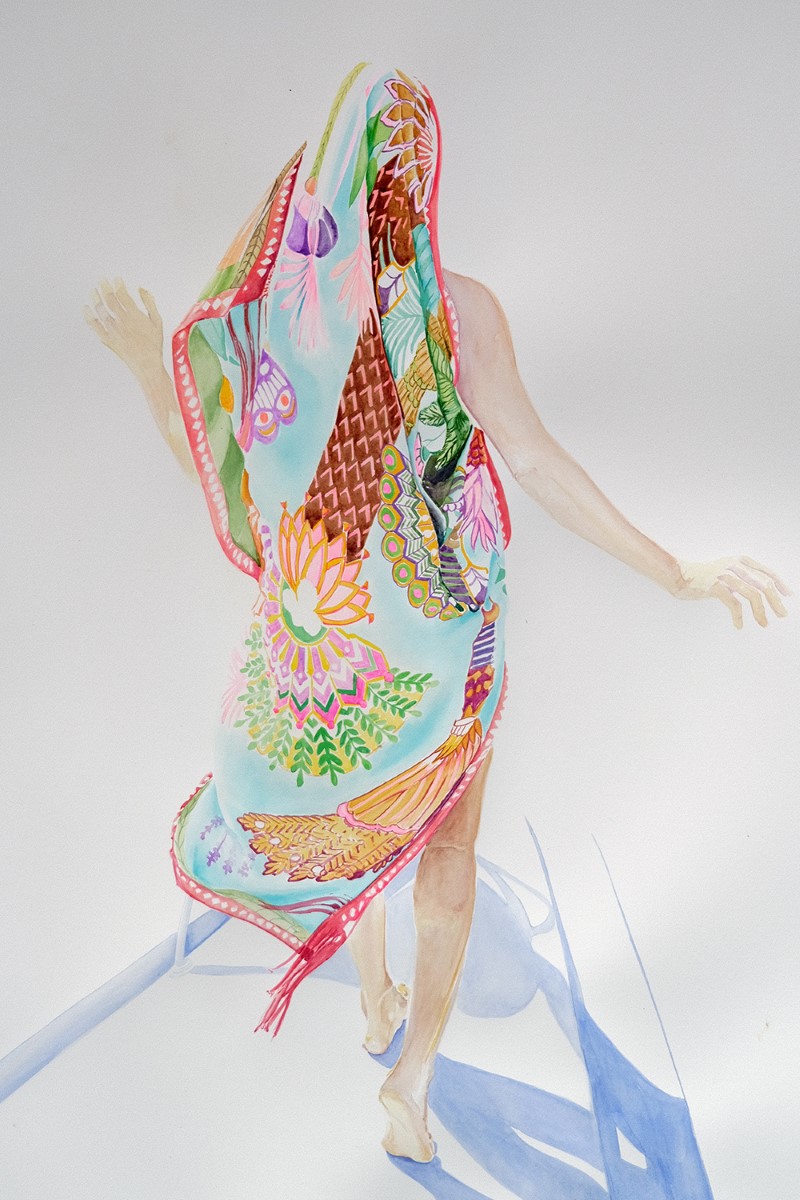 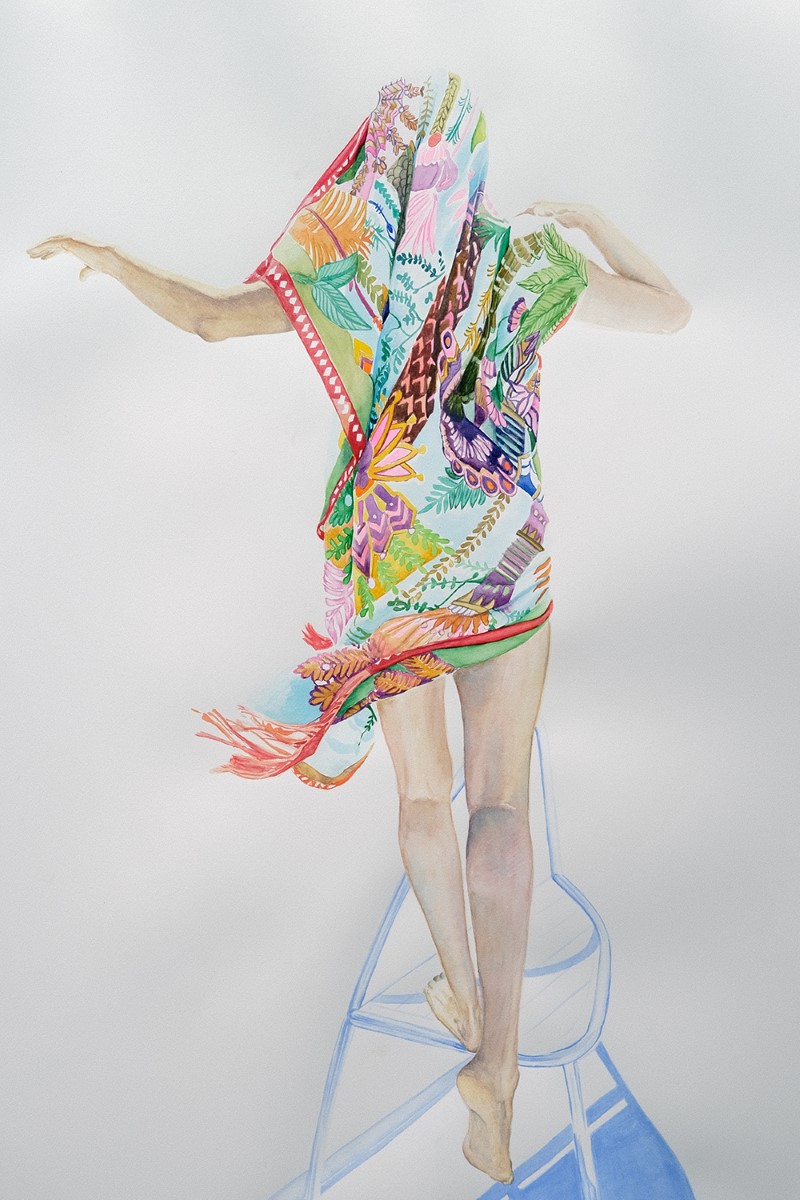 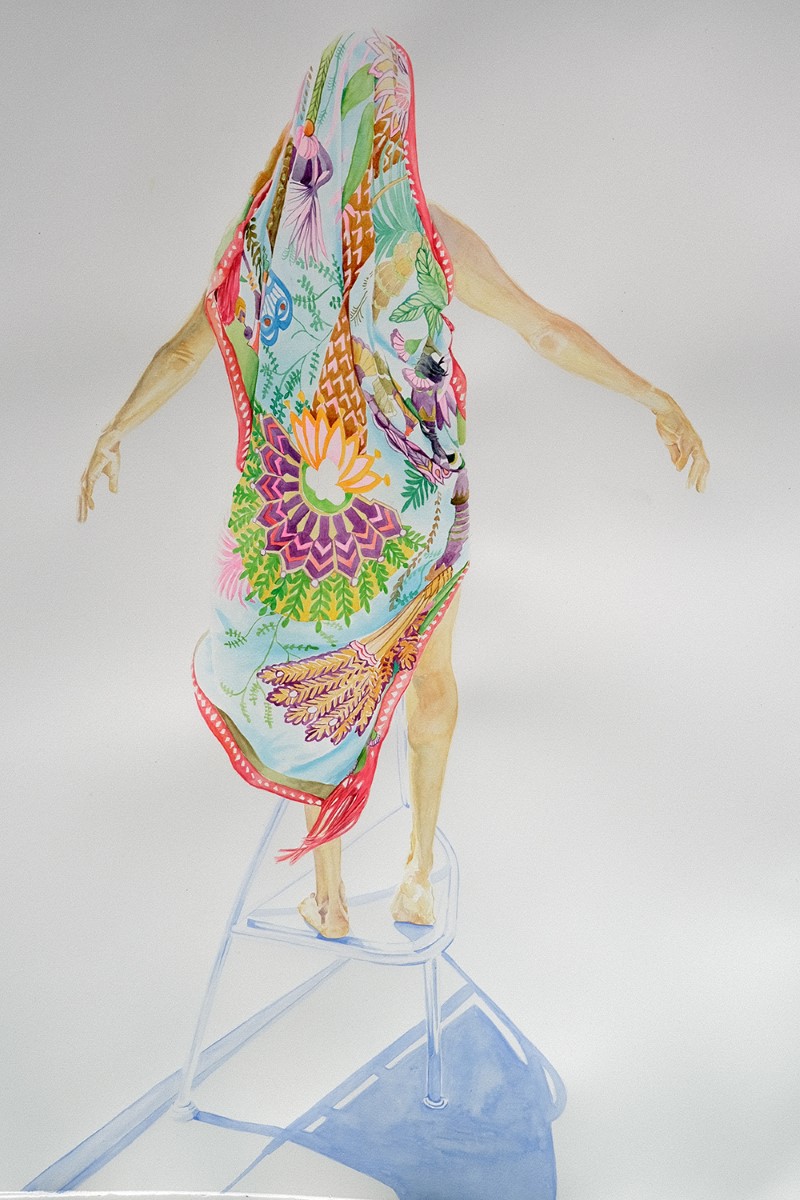 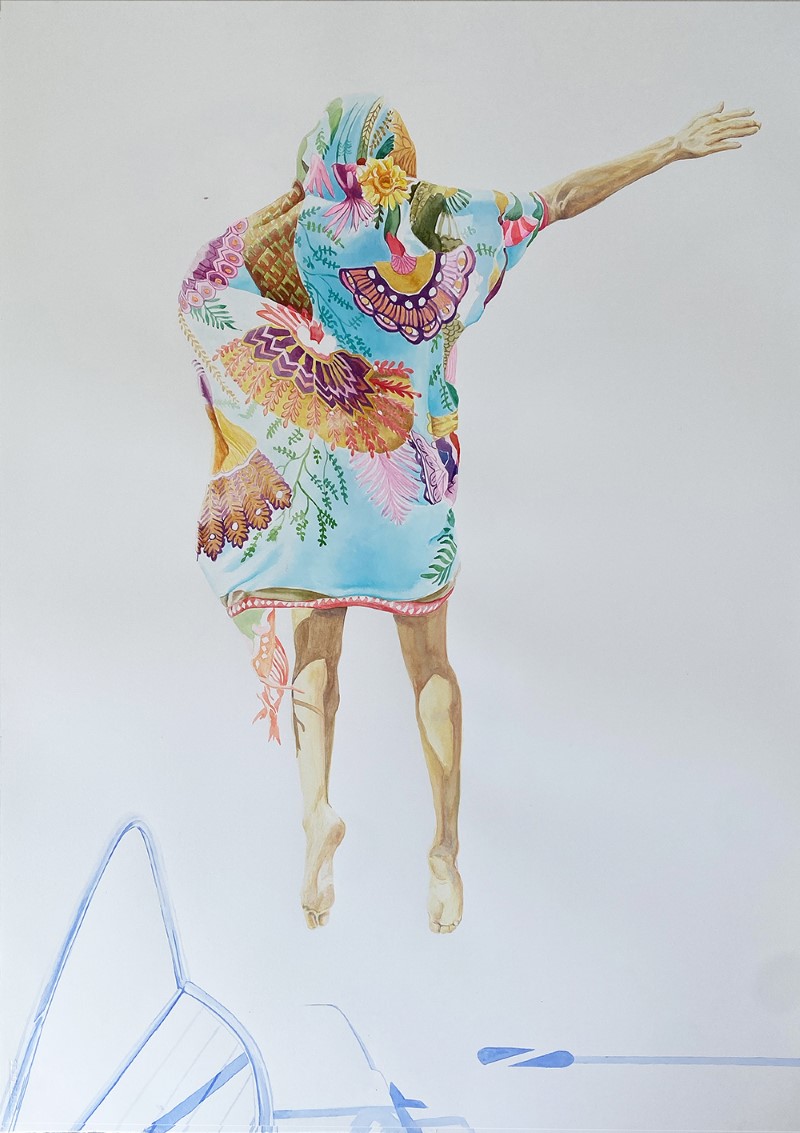 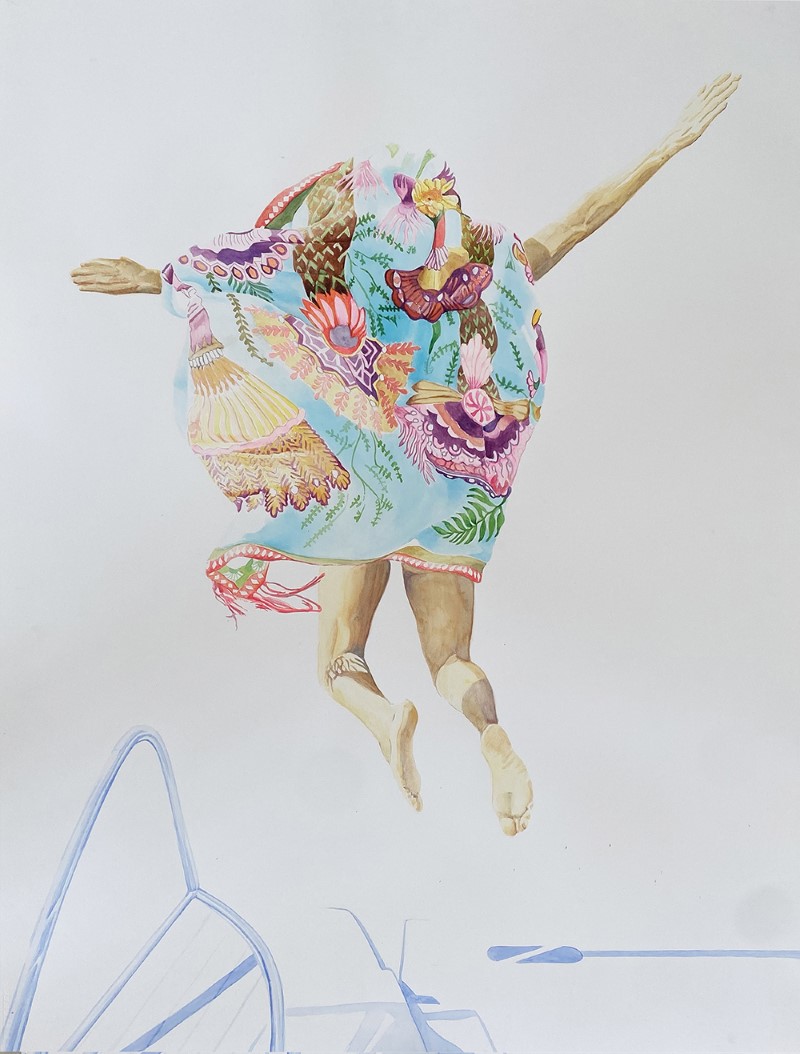 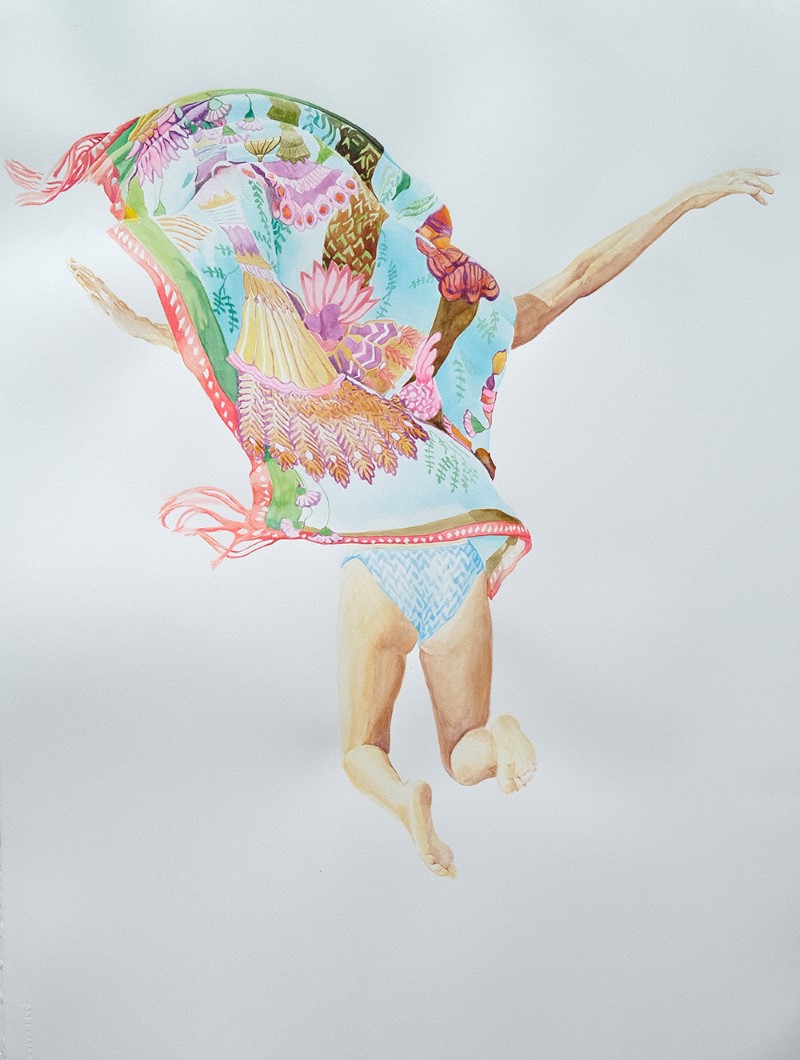 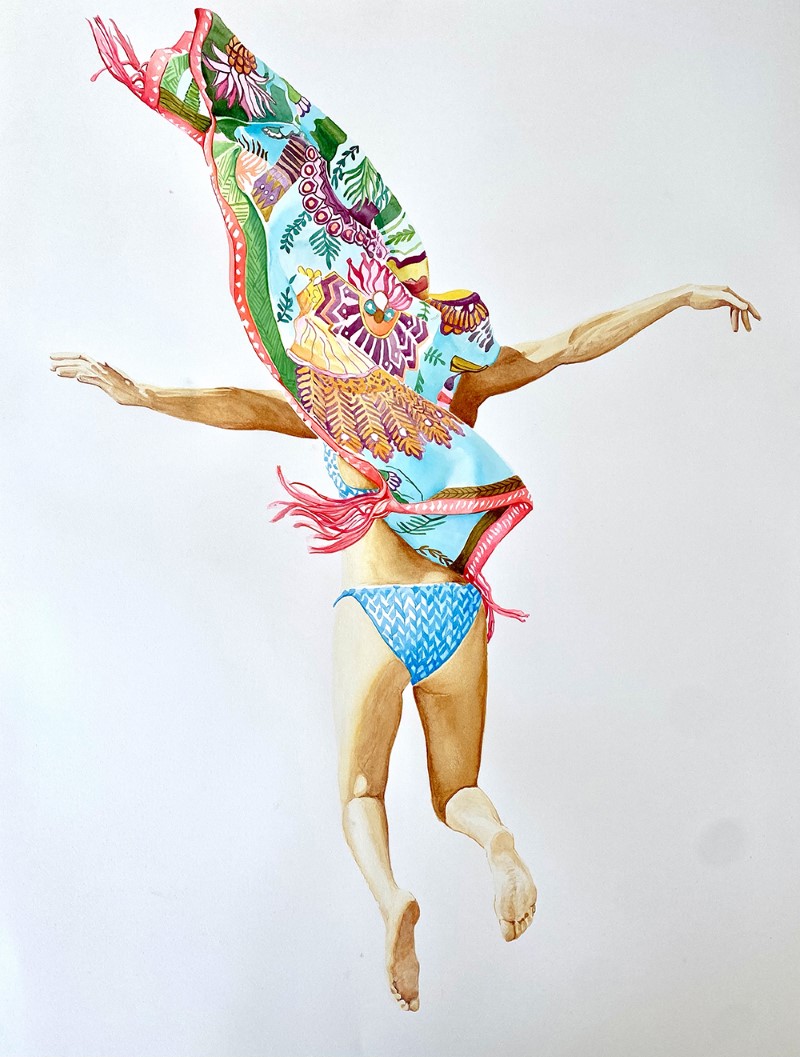 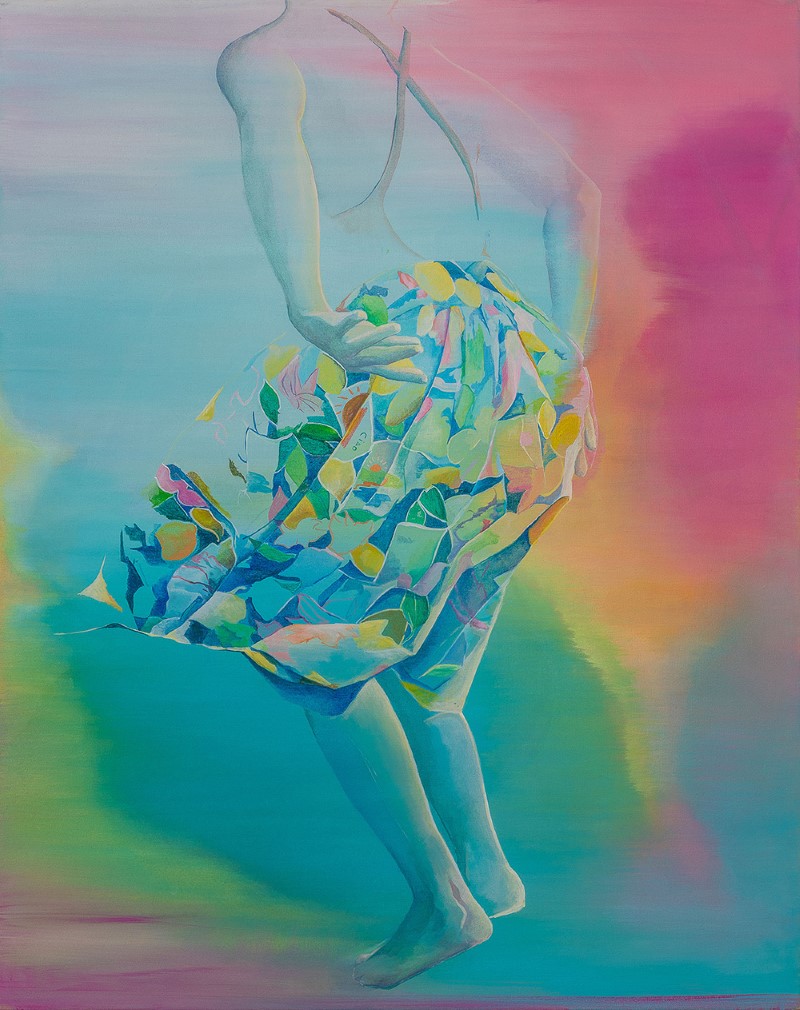 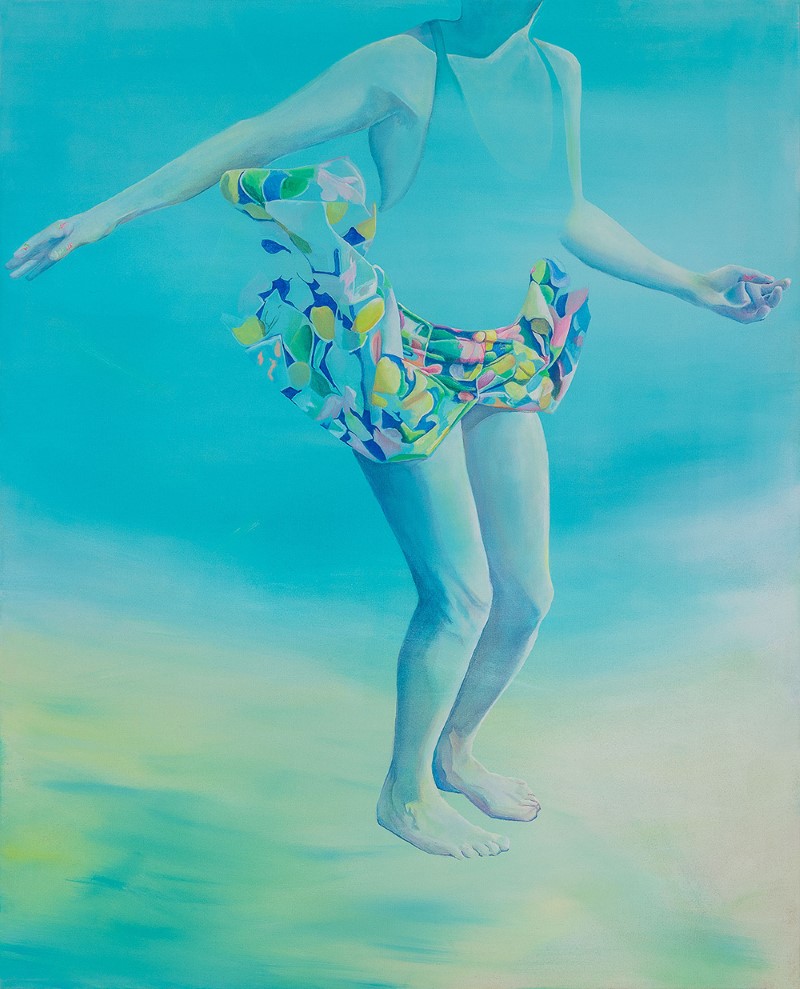 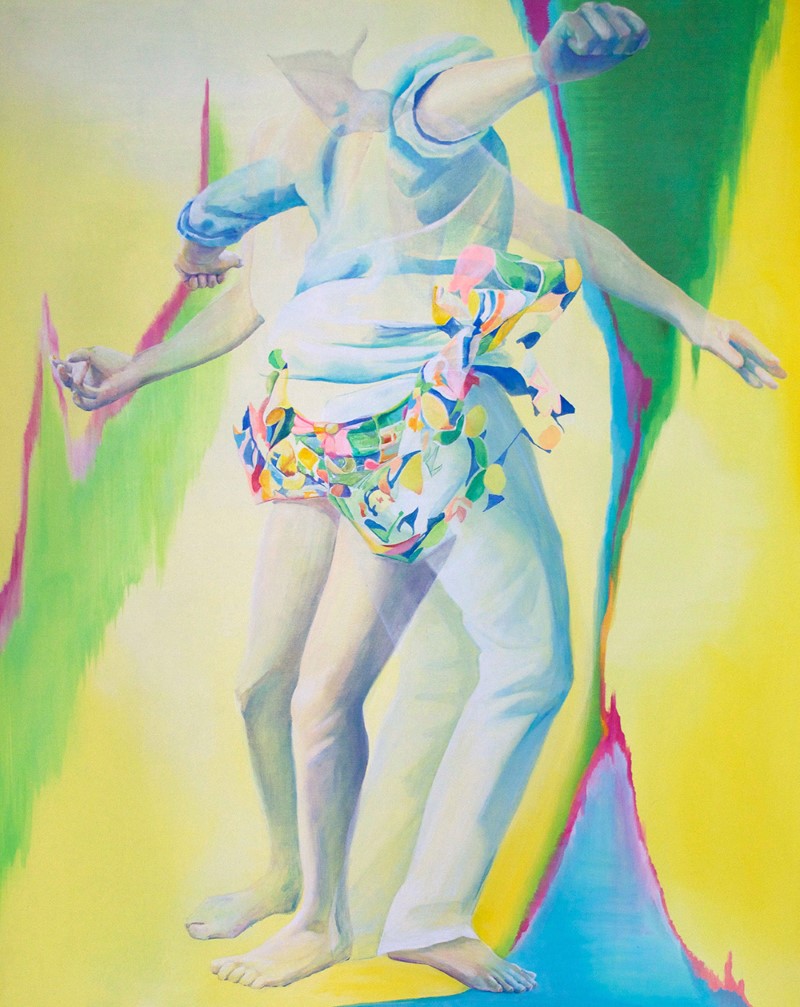 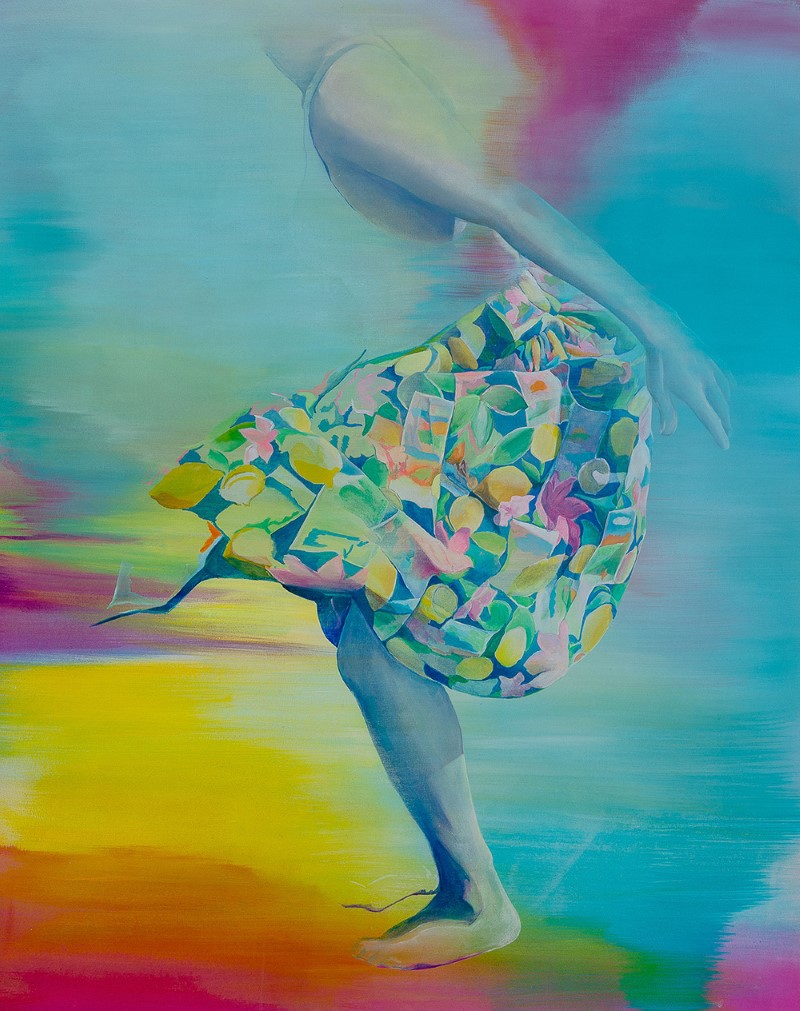 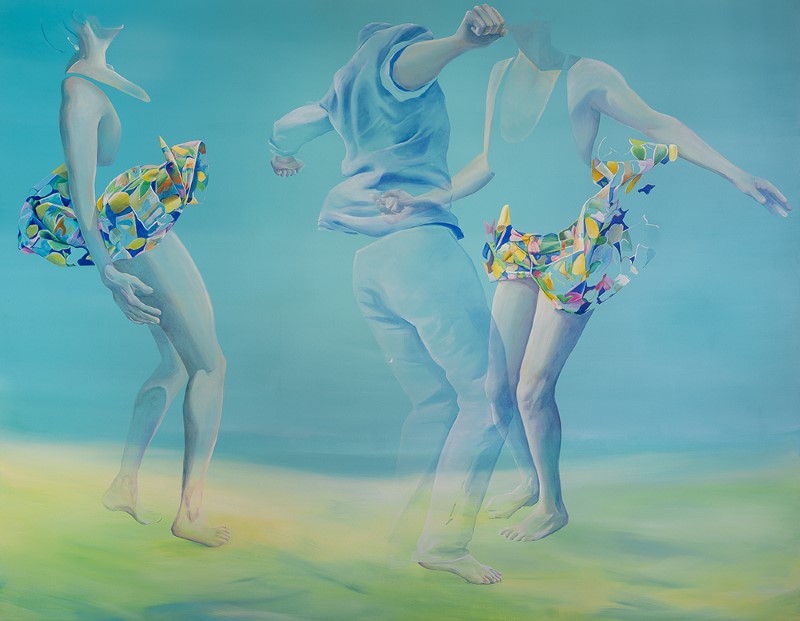