The objective of the Chromointerferent Environments is to create a situation in space involving the dematerialization, transfiguration, and ambiguity of color through movement. The constant movement of the projection makes people and objects seem transparent and, in this virtual state, they change shape and become “actors” in the experience and “authors” of a chromatic event that evolves in real time and space.

« The Chromointerferent Environments alter the space, thus transforming everything inside it. The first one, in 1974, had fewer colors than the most recent ones, but already generated what I call a relationship between a constant and a variable. The variable was the pattern in motion and the constant was the shadow [that the viewers] projected on the moving patterns. The interaction between variable and constant caused a sensation of instability that is similar to the experience of sitting on a train and thinking that “your train” is moving. But it is not; the train beside yours is the one that’s moving. The Chromointerference produces an ambiguity of perceptive instability. » CRUZ-DIEZ, 2011 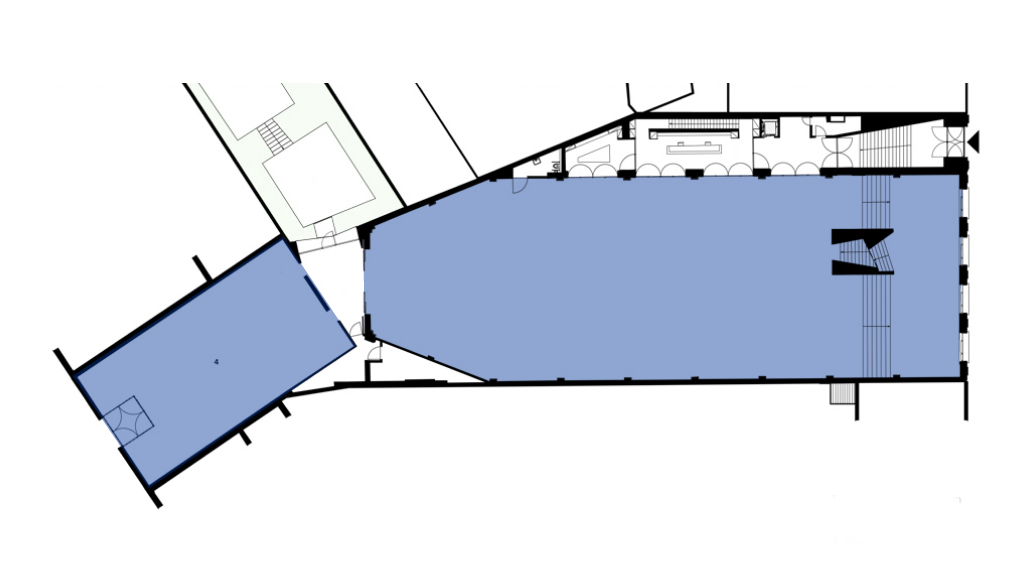 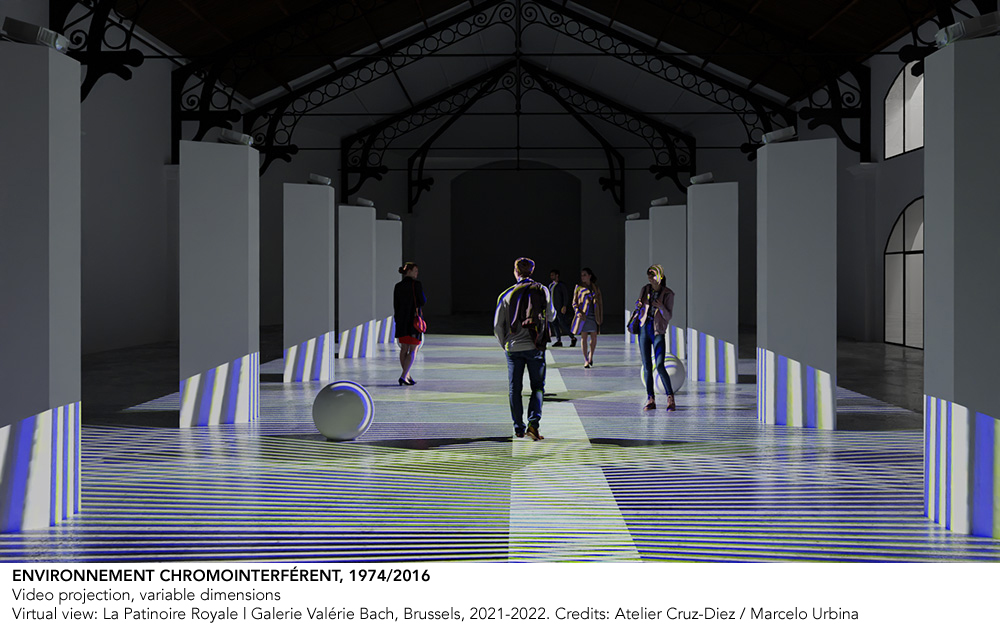 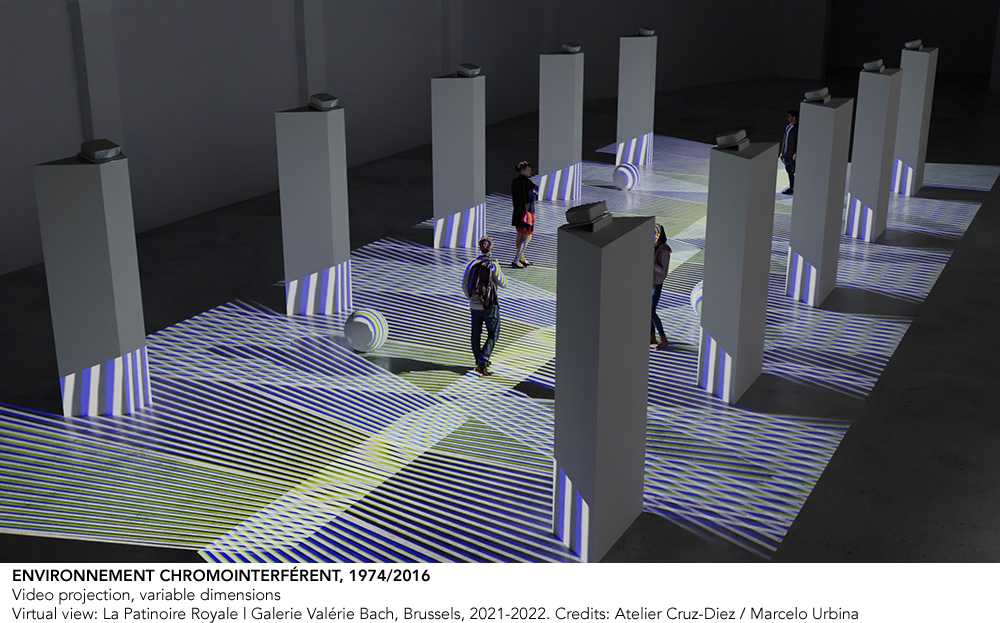 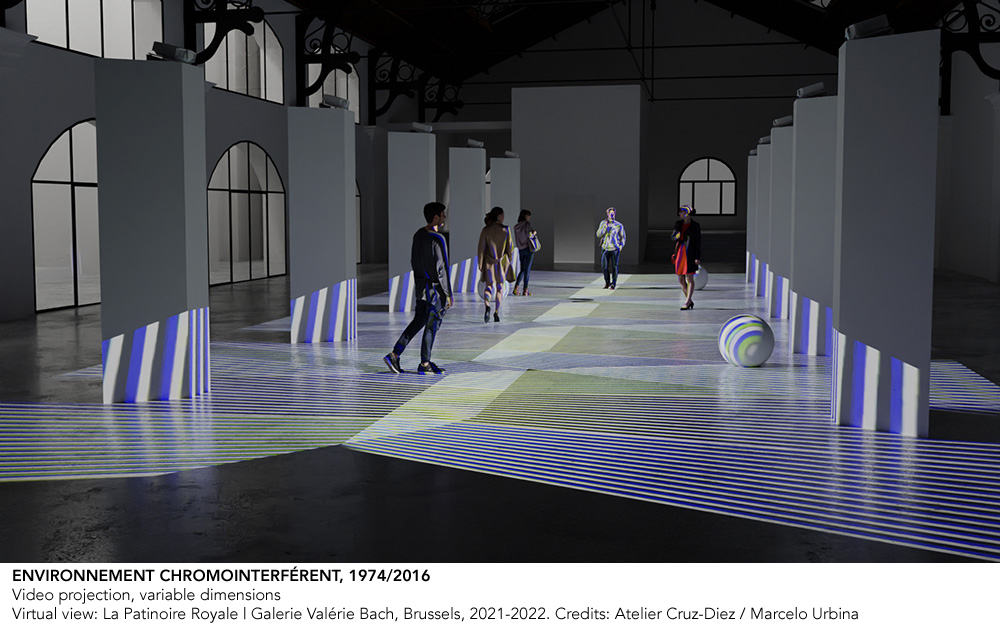 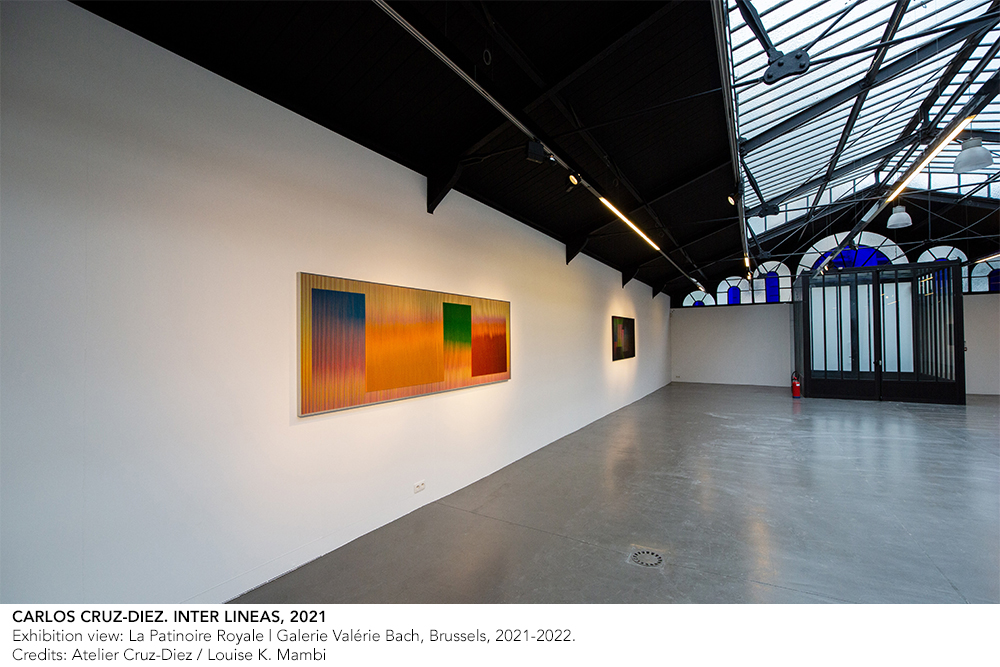 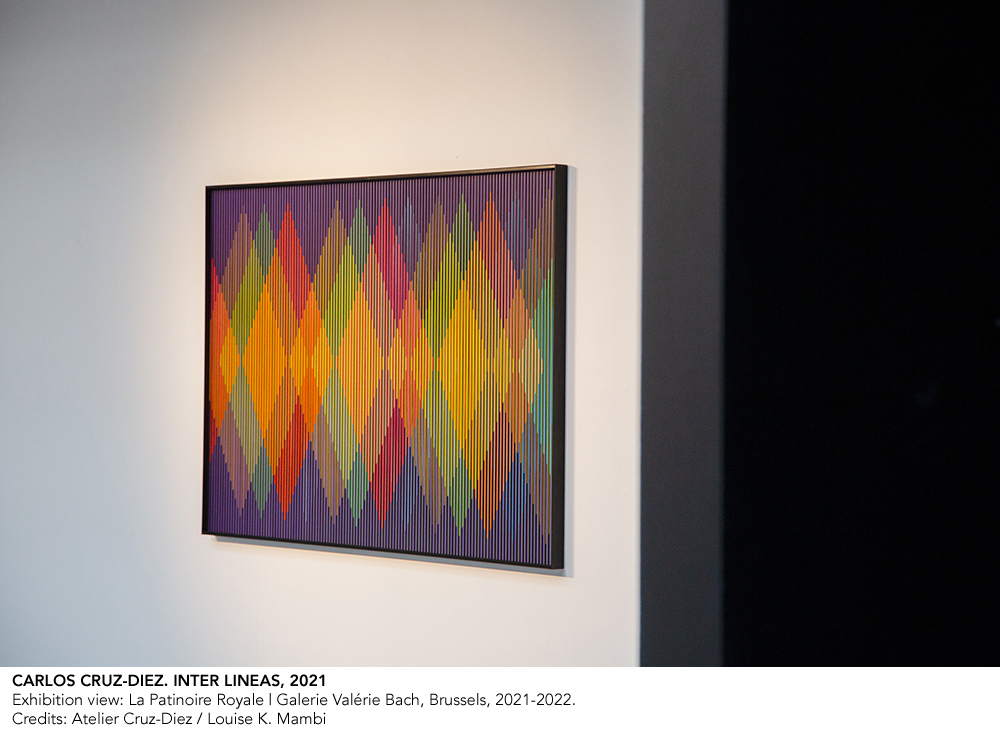 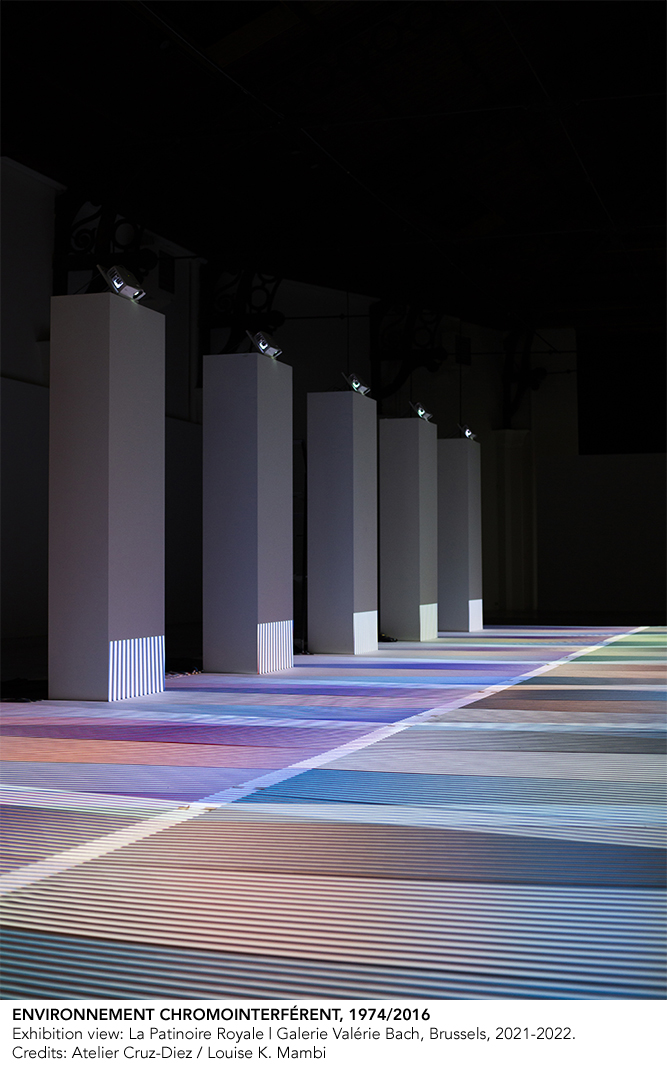 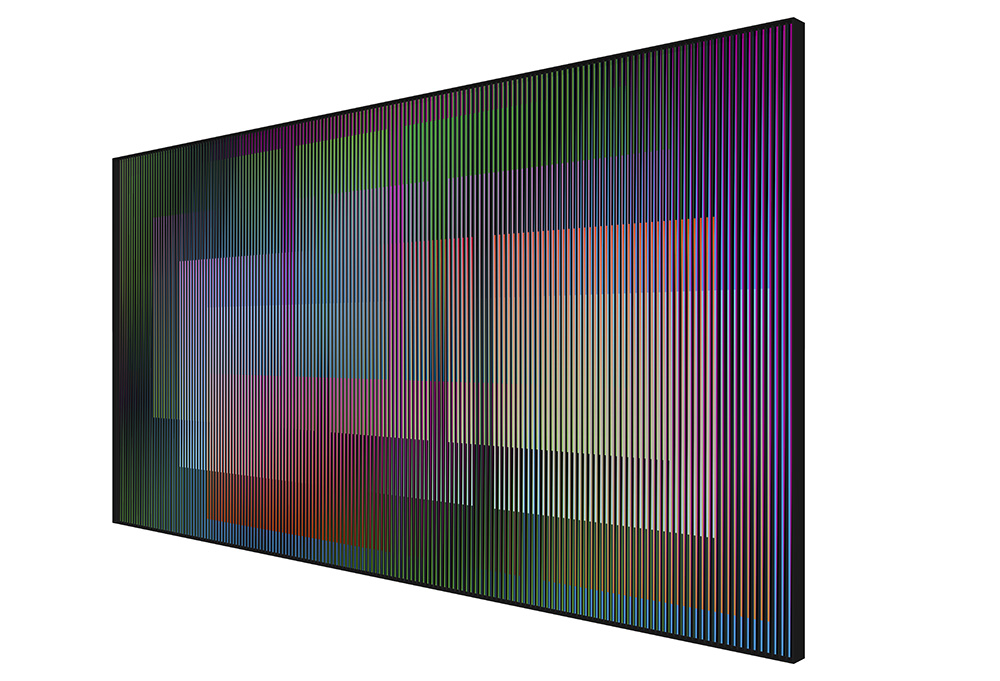 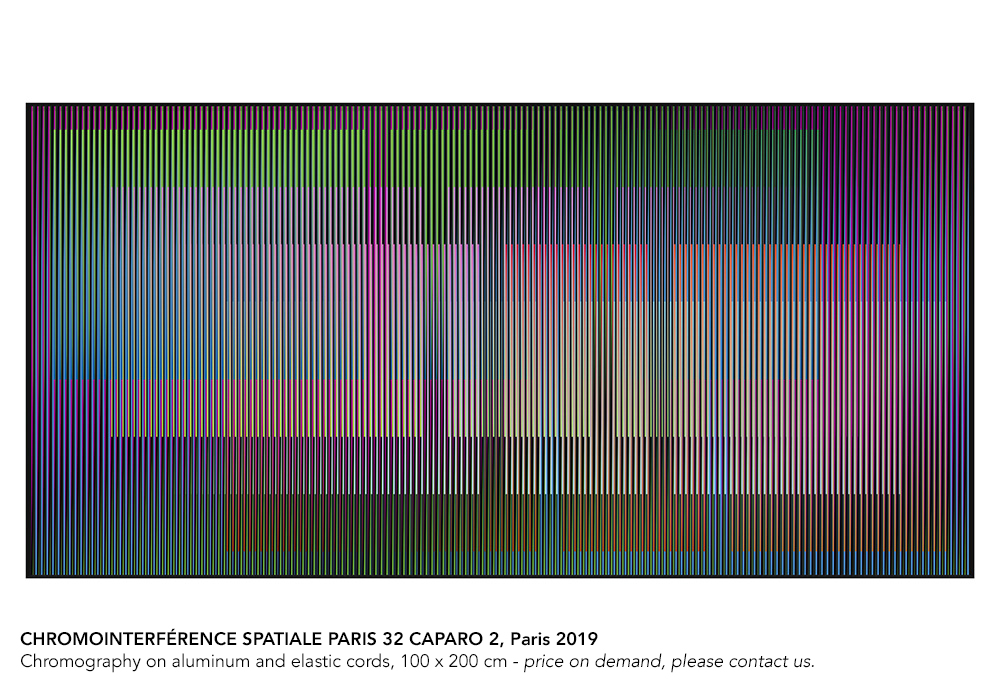 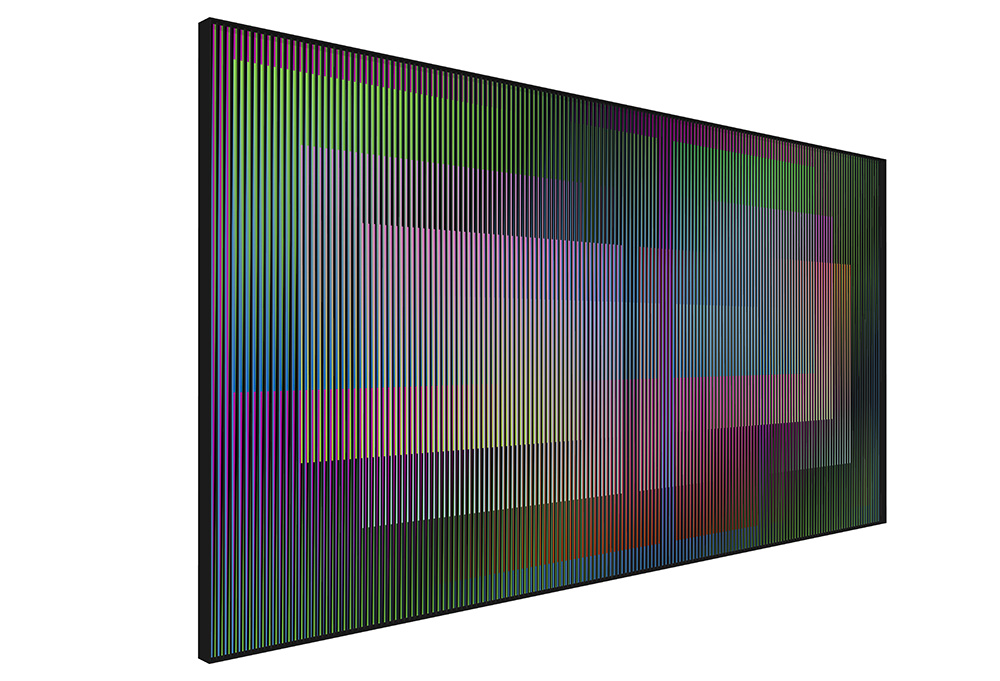 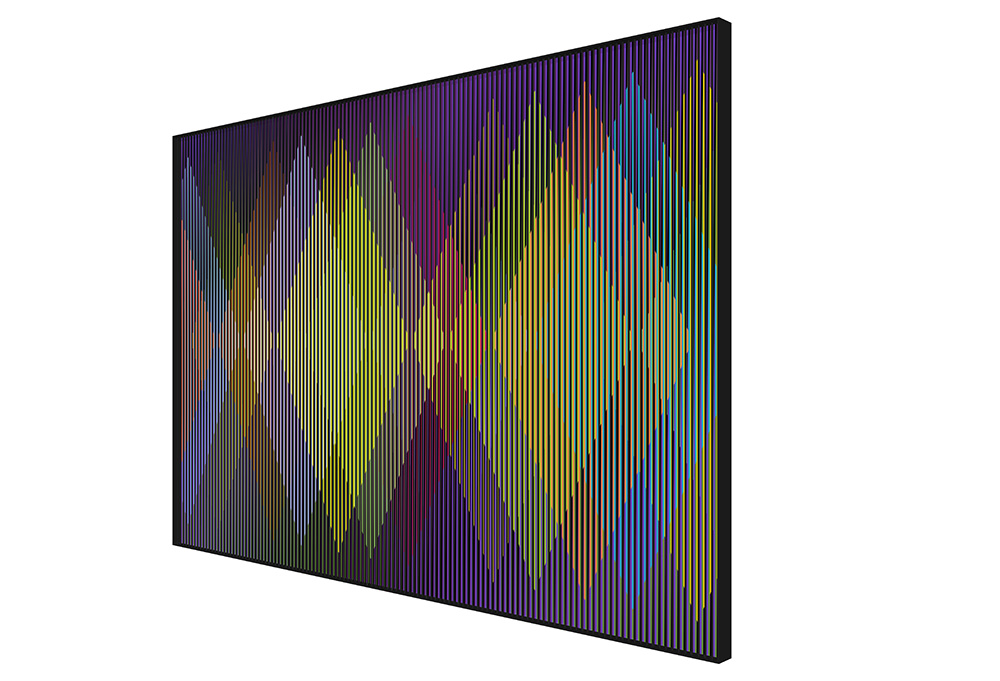 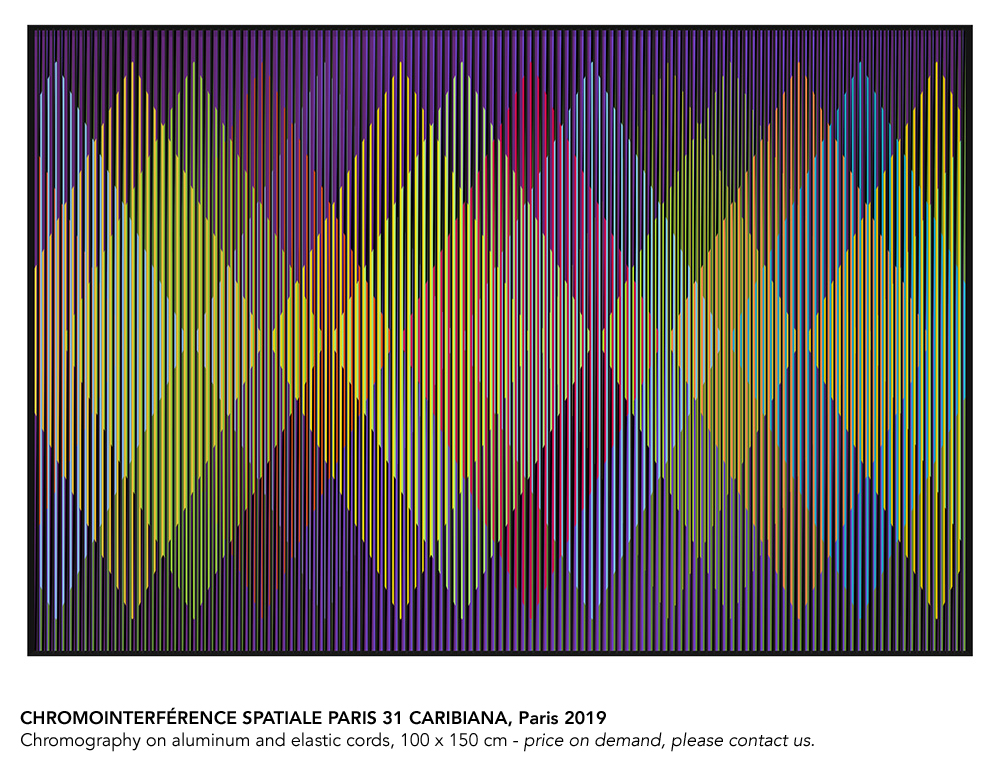 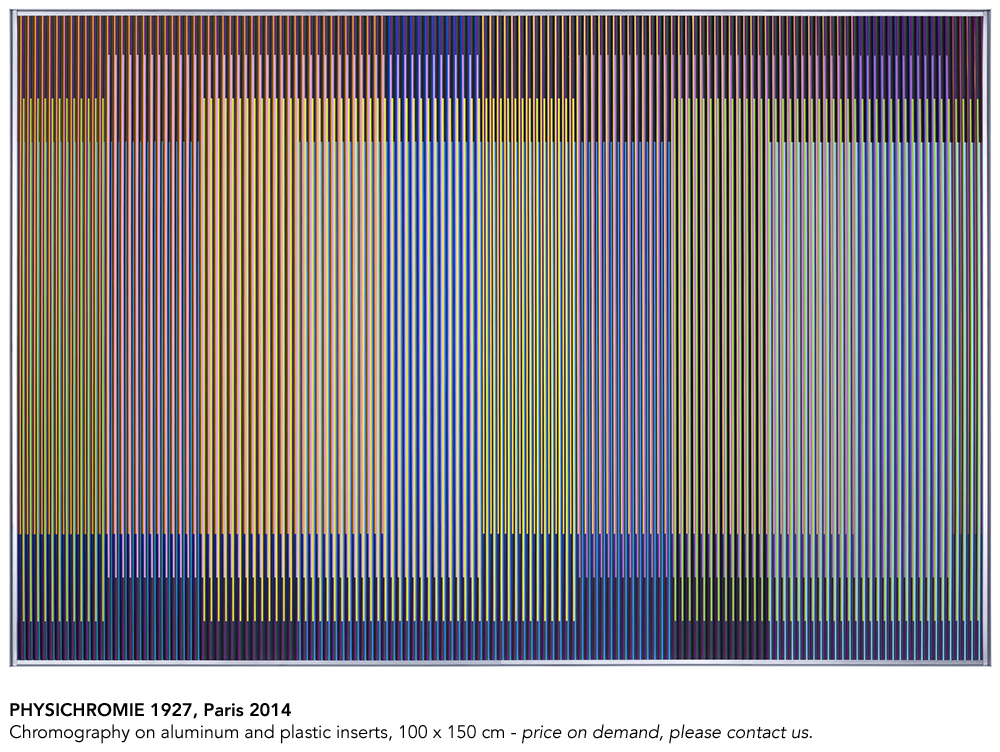 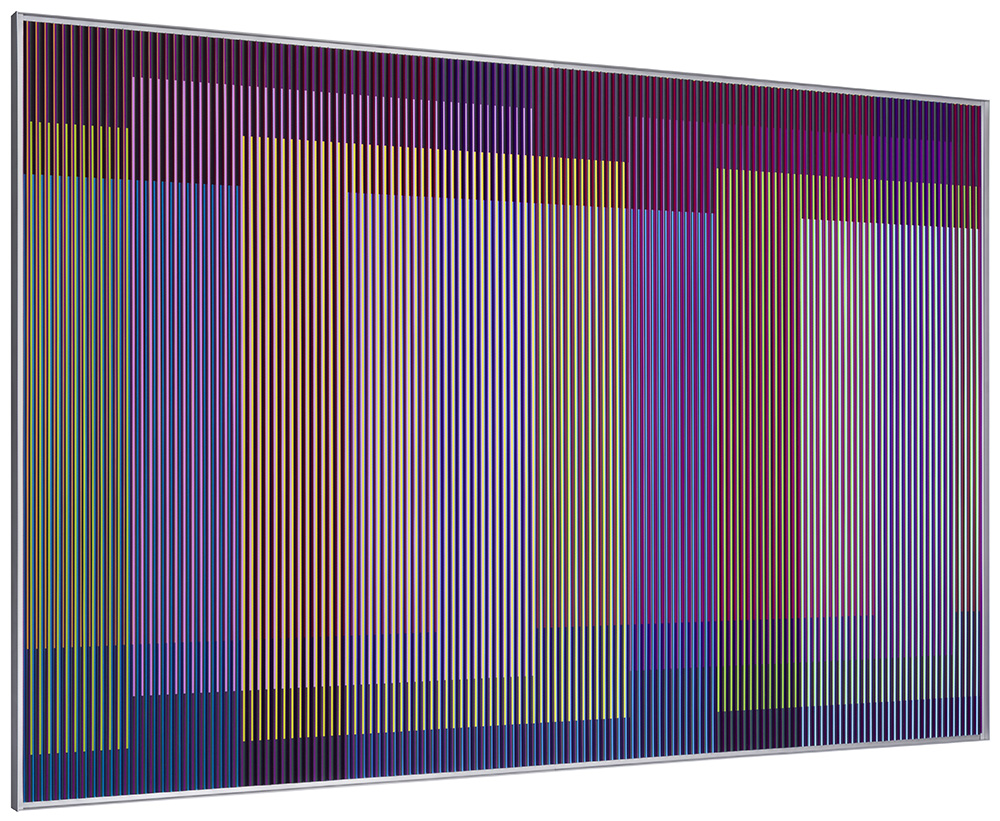 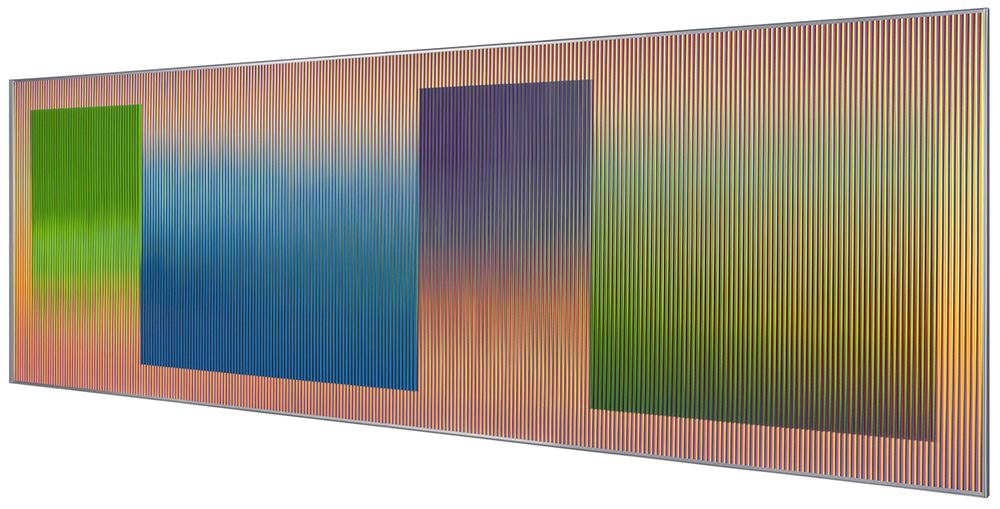 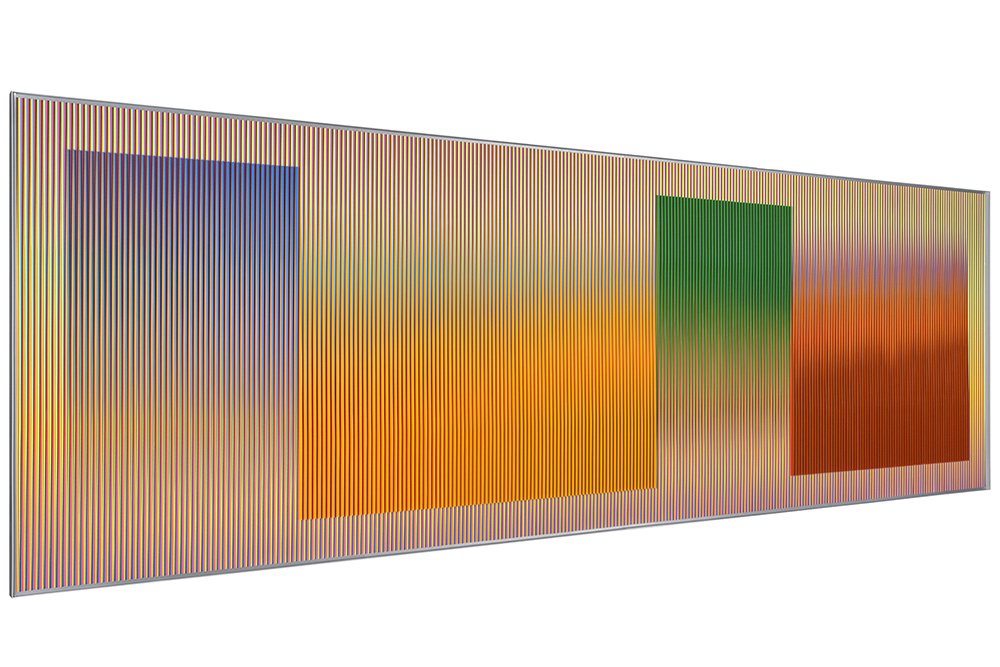 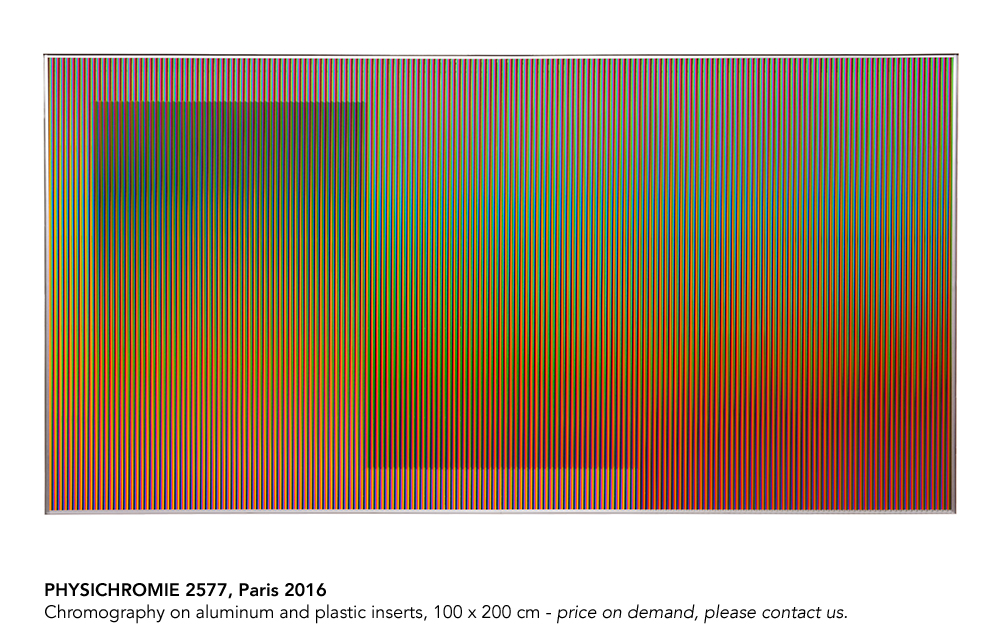 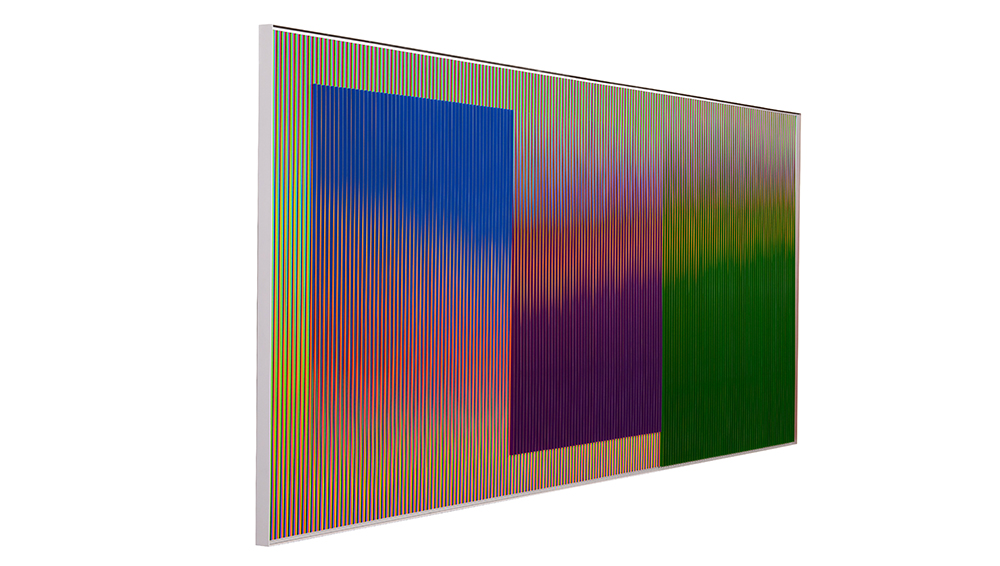