Who of us never experimented in childhood with the magic link that connects us to reality and which seemed to make sense of all things that occurred, all unexpected and random events that befell us, providing a much needed explanation ? It was as though a secret and transcendent instance mysteriously organised the chaos of reality, embedded in the drudgery of it all, nestled at the centre of the magmatic muzziness of the world, silent and invisible, merely waiting for a child, a pure and virginal being, to come and reveal its existence by way of a mathematical proof, a code. That is the mission Sahar Saâdaoui has set himself.
The Roman augur who practised art of divination, read the omens and knew the signs, thanks to the auspices : as good as all major decisions, such as the right time to dispatch the legions on foreign campaigns, the appointment of politicians, the best site for a new temple… everything hinged on the expert reading by a master of the hidden sign, this priestminister held in very high regard by society at large. He was the catalyst through whom the truth of all mysteries was relayed. It was he who read the world and he who was in touch with the Gods. As a pontifex (builder of bridges), he decoded reality. The things which did not appear to mere mortals, manifested themselves to the augur as signs. Sahar is this modern -day augur, this artistic oracle who - with a keen eye to detail, alive to the secret language of symbols and perceptive of indications - sets us the task of deciphering reality through her encrypted system of points representing the twenty-six letters of the alphabet spread across an analytical grid. The reason being that Creative Language is made up of words and words are made up of letters.
She then endlessly breaks down this punctuated code with great finesse, immense sensitivity, tracing the regulating grid of these large sun ray threads with a colouring pencil, which themselves are striated by gold threads, whose number symbolises the letter of each of these incarnated flowers. Everything hangs together in her work : she plays upon and against the apparent simplicity of the alphabet system in pieces that work on a call and response basis and complete each other, whereby she structures the canvases in groups of four, which themselves - in a mise en abyme - go on to develop othergrid patterns, recovering the scrap fabrics left over from the letter cutting, and overlaying them in subtle transparencies, sometimes encased in glass boxes that are modern-day reliquary floats, as if to underscore the preciousness, fragility and the reliquary nature of the artefacts. In this case, the linear or punctuated code becomes volume, superimposition, filigree. From strict rigour to freestyling, her body of textile work is a stroll around the limitless field of possibles, into which she then invites us to follow in her footsteps as initiates. After all, the code is available, the key has been provided. All that remains for us to do is to open ourselves up to an extremely joyful experience. It is not often that we are struck, apparently randomly, by the incredible recurrence of a number, during the course of the day, by the inexplicable occurrence of the same word, of a sequence of identical letters, on canvases or in different places ? We attribute these occurrences to chance, to this ‘name assumed by God in order to go incognito’, believing that they are nothing more than tricks of fate, pranks of reality, feats of random combinations. And yet… These findings unmistakably call on a profound sense of ritual, of the supernatural, of the superstitiousness that resides in each child and later on, in all adults that have remained childlike. Because this transparency of the code, this curious propensity to want to decipher reality are often eroded by our rough relation thereto, by the positivist obviousness of what is true and what is contingent.
Sahar Saâdaoui on the other hand has a perfect grasp of the code, which she shows us gently and with finesse. She seeks to decipher the unfathomable mystery of the world to get away from apparent randomness through observation and structuring. The Latin alphabet and most of the writings of the world are potentially contained in this body of work which touches on the ineffable, such is the extent to which she manages to capture and understand the constituent elements of the alphabetic code, in a poetic approach to an unlimited and unspeakable reunification. 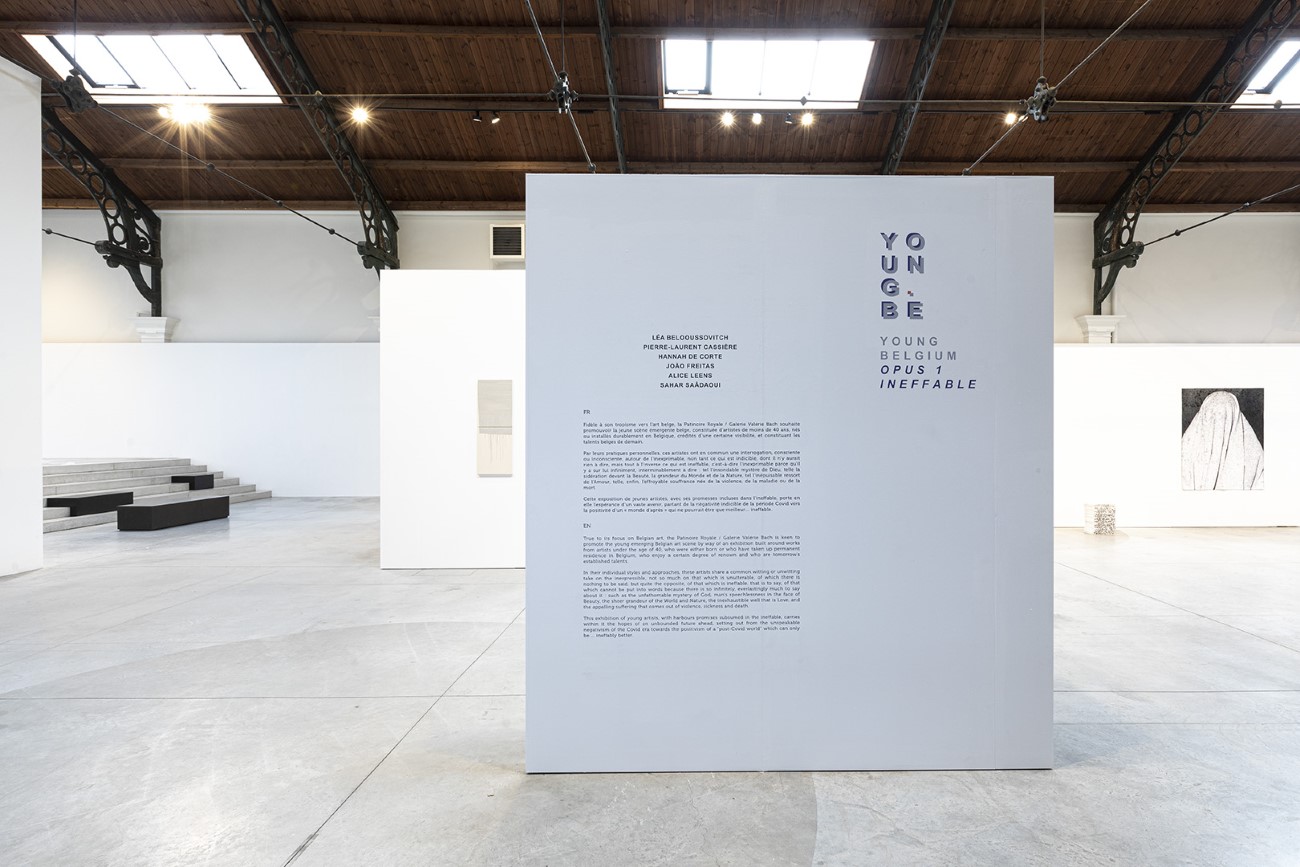