René Guiette
René Emile Etienne Albert Louis Guiette, born October 13, 1893 in Antwerp and died October 19, 1976 in Wilrijk, is a painter, draftsman and critic of Belgian art of French expression. He is the son of Jules Guiette (1852 1901), painter, pastellist, watercolorist and aquafortist and luminist is the brother of Robert (1895-1976), philologist and poet, who was elected to the Royal Academy of French Language and Literature from Belgium where he held the second chair from 1954 to 1976. René Guiette is studying at university. Self-taught, but initiated to painting by his father, he devoted himself to this art in 1919. Then he studied esotericism and oriental philosophies. He stays in Paris and becomes a friend of Blaise Cendrars and Max Jacob. On November 14, 1922, he married Marie Tinchant. They have three children, Vincent nicknamed Tito in 1923, Raymone in 1925 and Marianne in 1927. In 1925, Le Corbusier drew up plans for a house for the artist, La maison Guiette, built in Antwerp in 1926 by the Antwerp architect Paul Smekens (1890-1983), the architect. This house-workshop (not visitable), listed as a Historic Monument in 1978, located 32 avenue des Peupliers, is the only building of Le Corbusier in Belgium and is the subject of an application for classification as World Heritage by Unesco. In 1928, the young artist - then expressionist - was contracted to the Centaur Gallery. He illustrates poets and defends Flemish expressionism with articles in the magazine Sélection.

From 1932, Guiette also turned to photography and made reports and then, in 1946, held a photography professor position at the École supérieure de la Cambre in Brussels. He will also teach the harmony of colors. Shortly before the Second World War, he worked dilettently as an oenologist and wine merchant while he painted a fresco in the house of architect Léon Stynen. In 1948, following his new aesthetic orientation, he became a member of the Compagnie de l'Art brut created by Jean Dubuffet. Moreover, this year, Guiette also publishes articles on art in the daily newspapers Le Matin and La Métropole, under the pseudonym Blaise Distel. In 1951, the Paris art critic Michel Tapié defends the painter. In the meantime the artist is invited to many international exhibitions. In 1955, he was part of the team of painters defended by Paris by the Stadler gallery and met Tapiès, Tobey, Sam Francis and Mathieu. In 1975, already sick of the stomach, he received the Quinquennal Prize of Painting, tribute of the Belgian State to his fruitful career. On October 19, 1976, ten days before his wife, René Guiette died in a clinic in Antwerp. 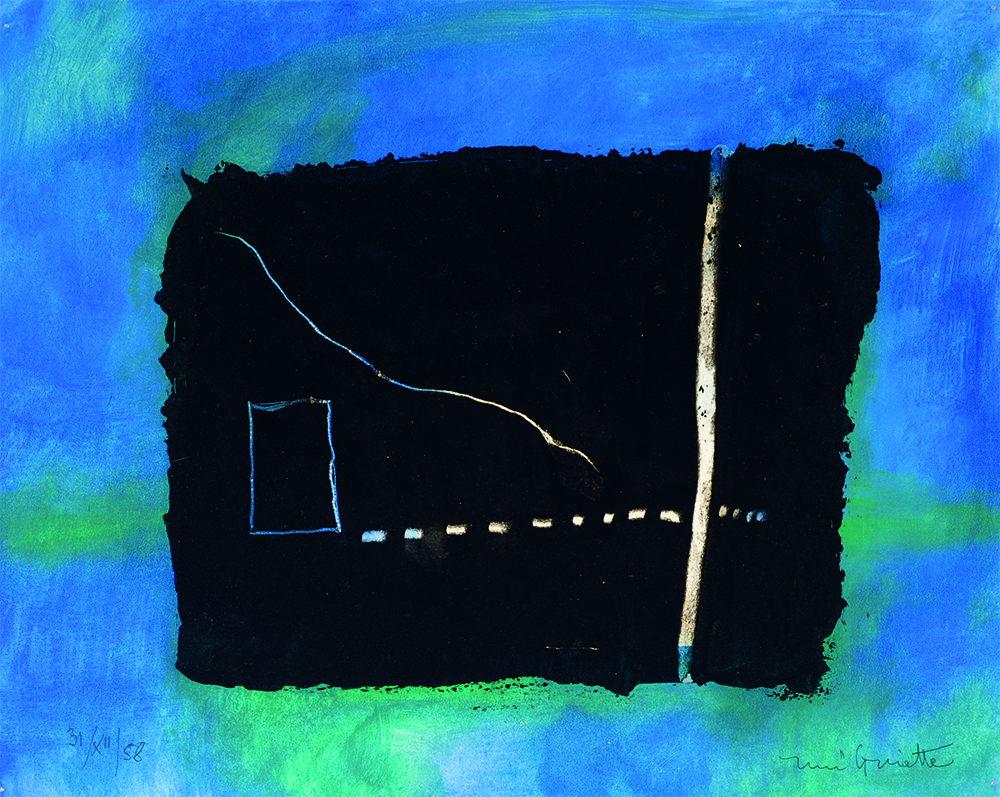 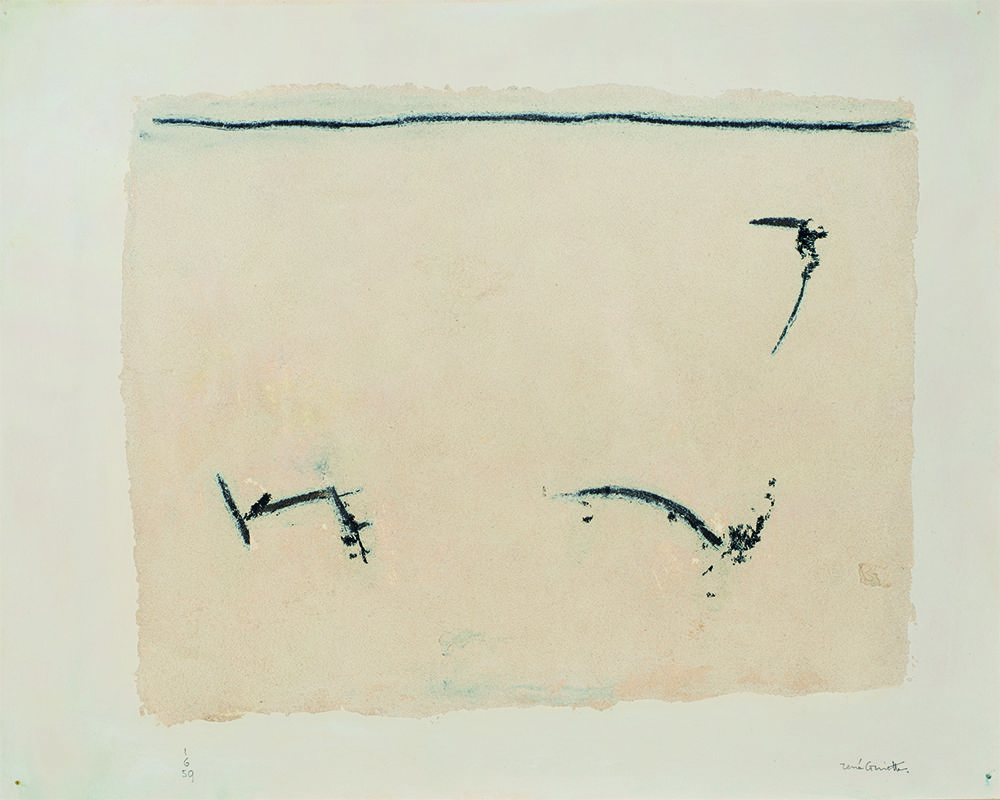 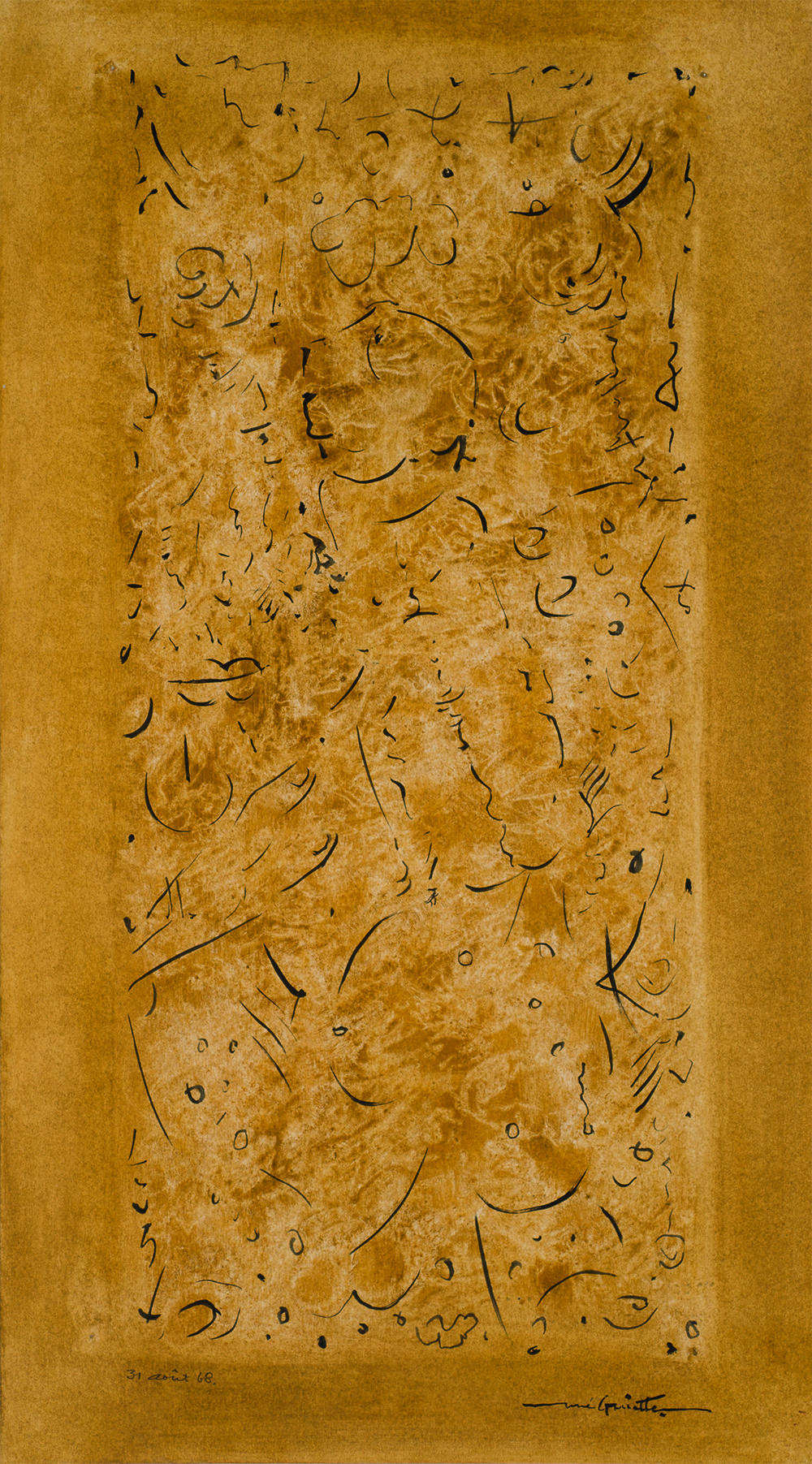 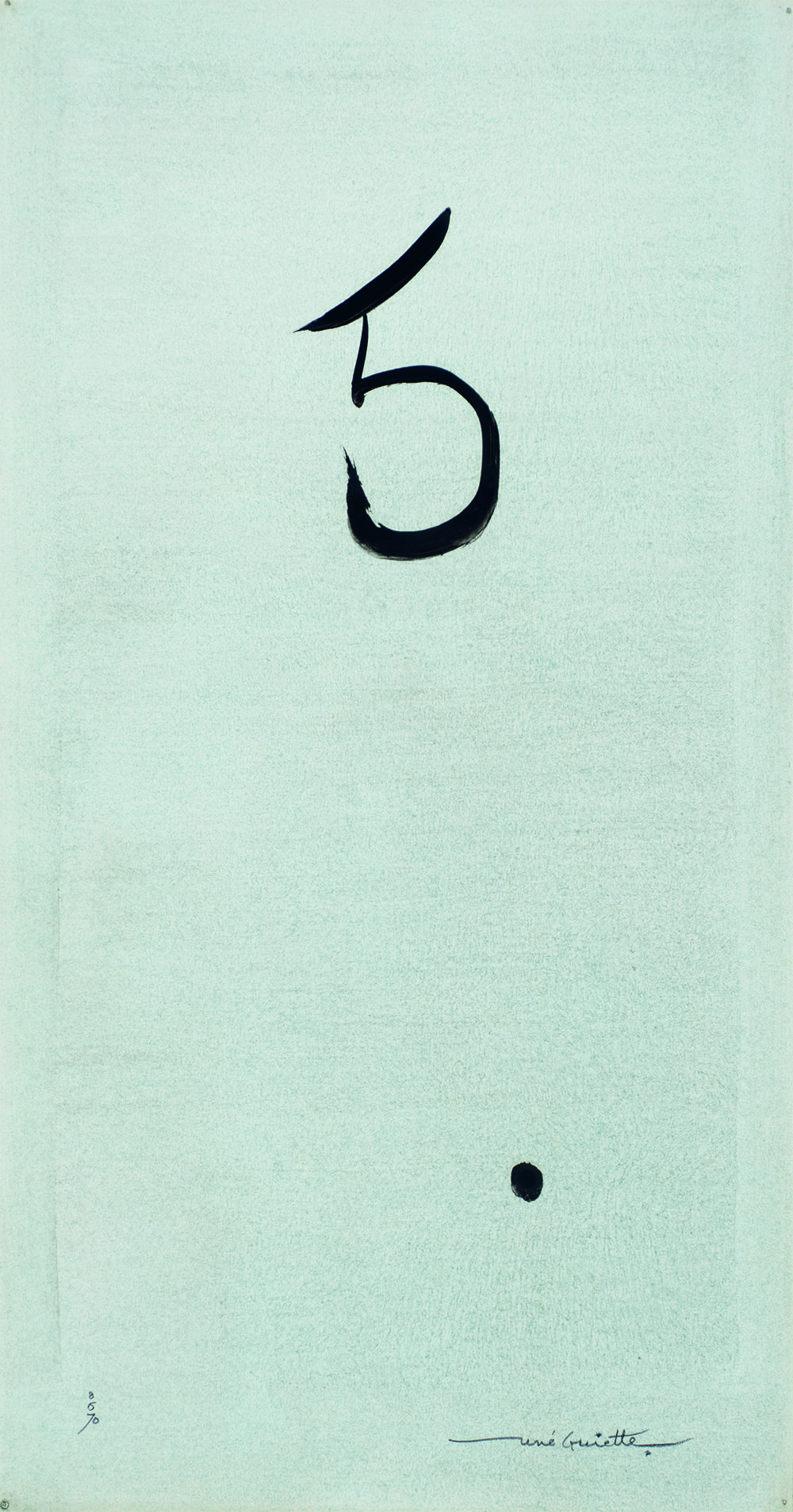 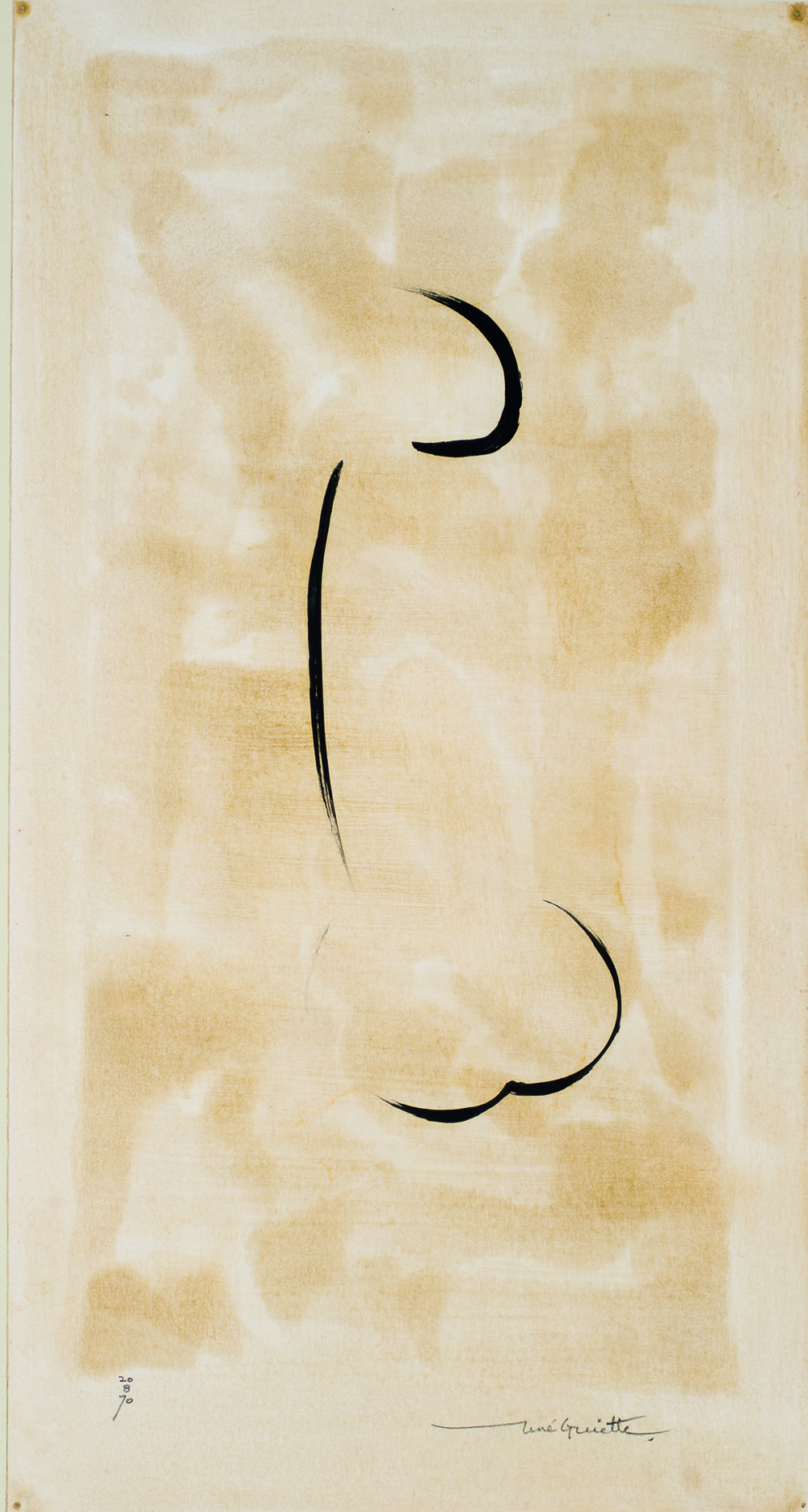 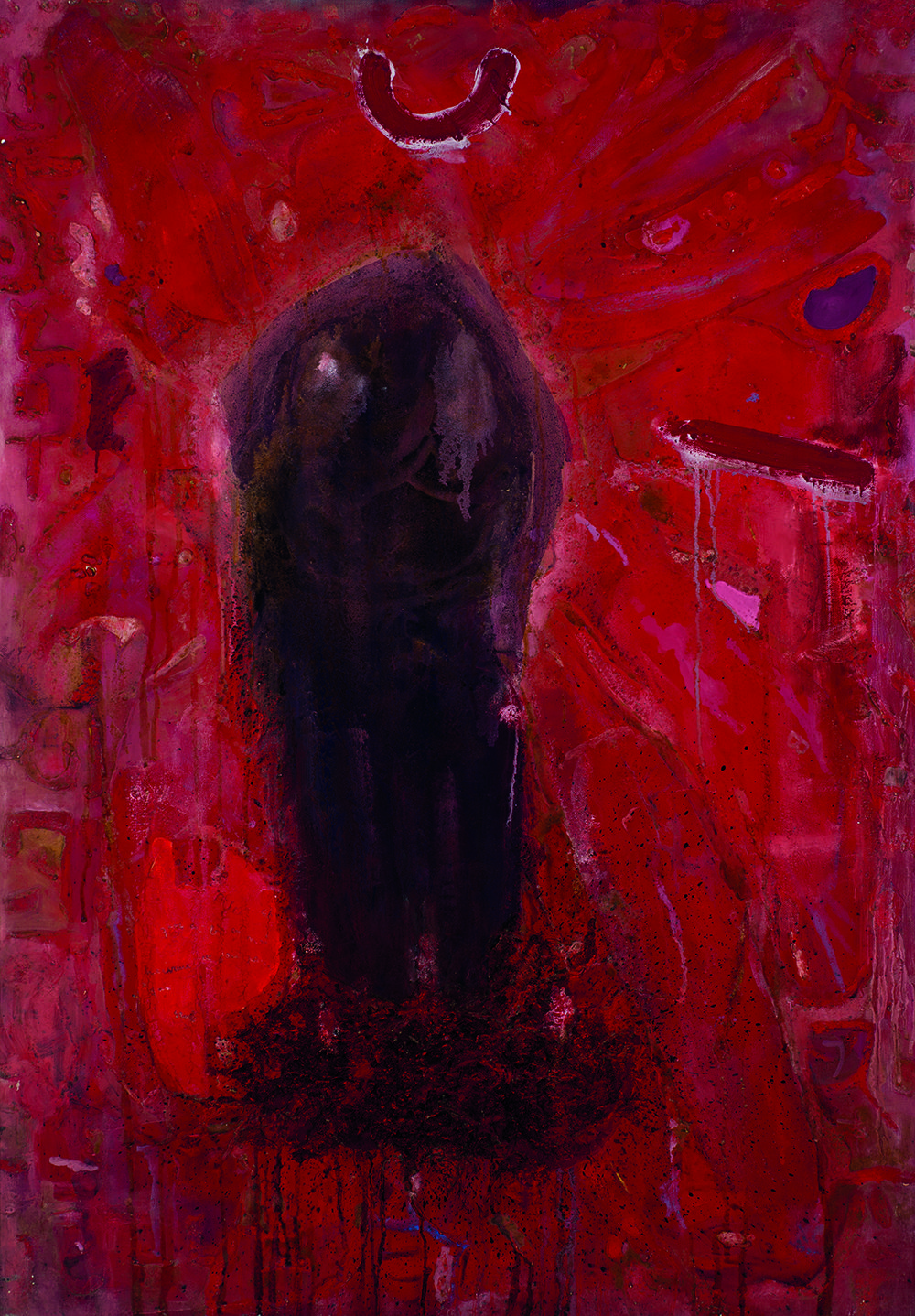