Pol BURY (1922 - 2005)
Born in 1922 in the Belgian city of Haine-Saint-Pierre and died in 2005 in Paris, Pol Bury began his career in the field of surrealism, in the wake of René Magritte and Yves Tanguy. It is his interest in the unconscious as a source of inspiration that leads him to frequent surrealist circles, as does the group CoBrA. In the early 1950s, Bury found himself more in the values ​​of geometric abstraction, then in full swing. He exhibited in 1947 with the group of La Jeune Peinture Belge, which put abstraction in the spotlight, and participated in the creation of the group Art Abstrait in 1952. In 1950, he discovered the work of Alexandre Calder at the gallery Maeght in Paris, a meeting which marks a decisive turning point in his career and pushes him to collaborate a few years later in the writing of Spatialism (1954) with Jo Delahaut, Jean Séaux and K.-L. Elno, who advocates the integration of time and movement in art.

Bury, who wishes to renew the field of easel painting, thus makes movement the essential point of attraction of his works, which will consecrate him as the main representative of kinetic art in Belgium. In 1953, the artist made his first mobile reliefs called Mobile Plans, which are still entirely manual. From 1954, he incorporated an electric motor into his reliefs and then into his sculptures, such as in 21 stems reflecting in a curved shape, acquired by the great American collectors Hannelore and Rudolph Schulhof in 1969. Note that the preparatory drawing of the work was used for the poster of the artist's exhibition at the Lefebre gallery in 1968.

In 1967, Bury gave up wood for metal, which allowed him to carve bolder shapes. If later, the artist will use magnets and finally hydraulic systems to generate movement in his sculptures - Bury is today world famous for its public fountains - in 21 stems reflecting in a curved shape, the movement is still only mechanical. Throughout his career, Bury opted for a slow and unpredictable movement, which surprised the viewer. This original characteristic brings mystery and strangeness to the works of the Belgian artist, this contributing to their undeniable singularity. 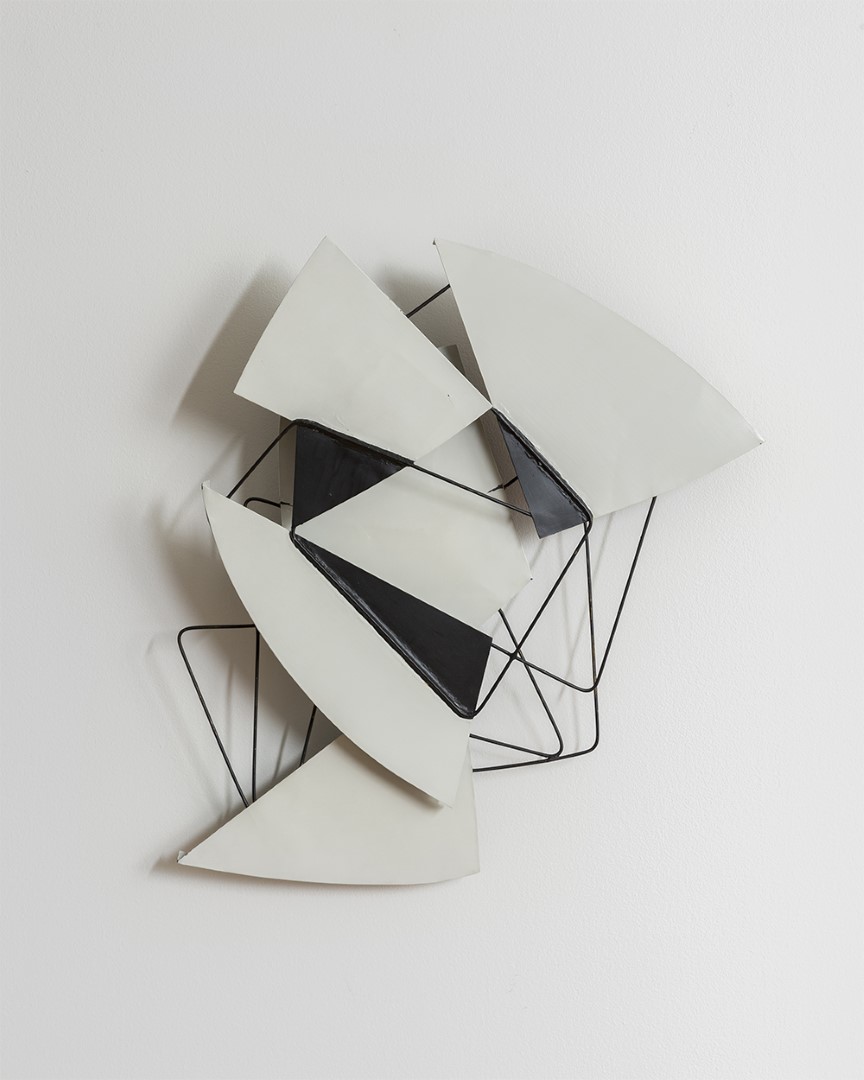 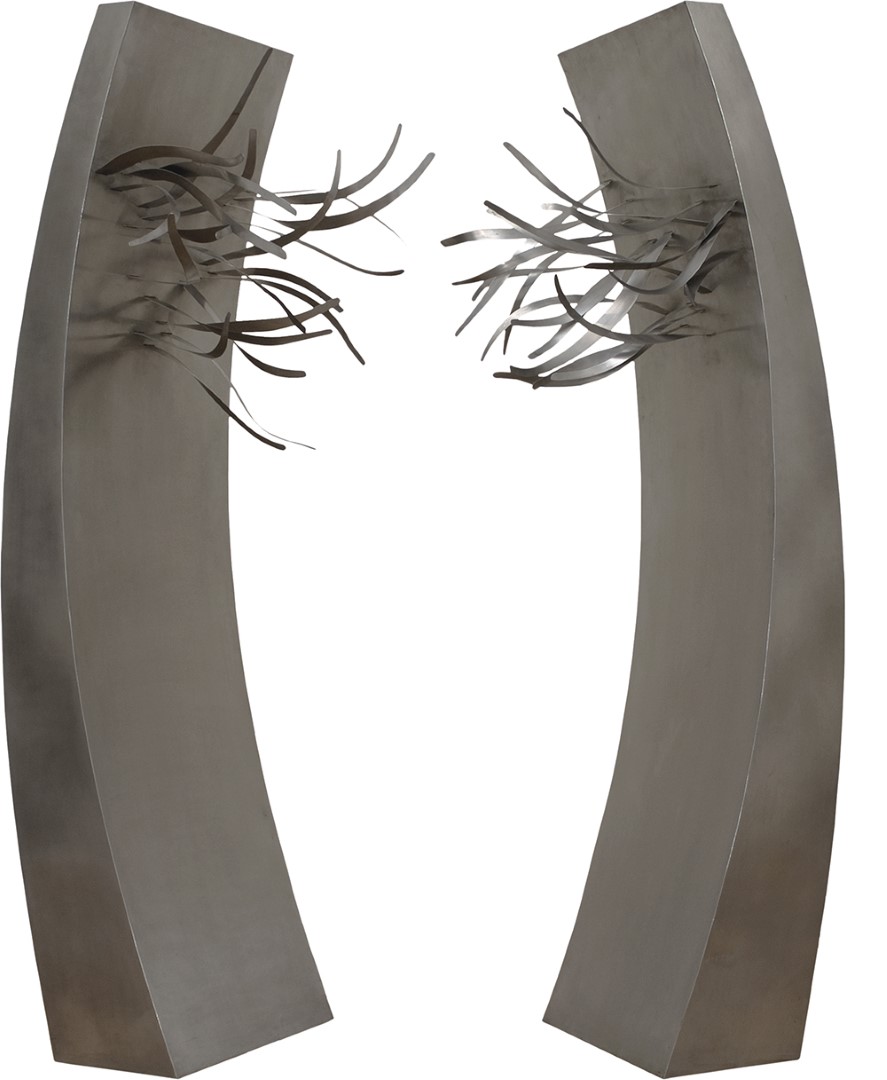 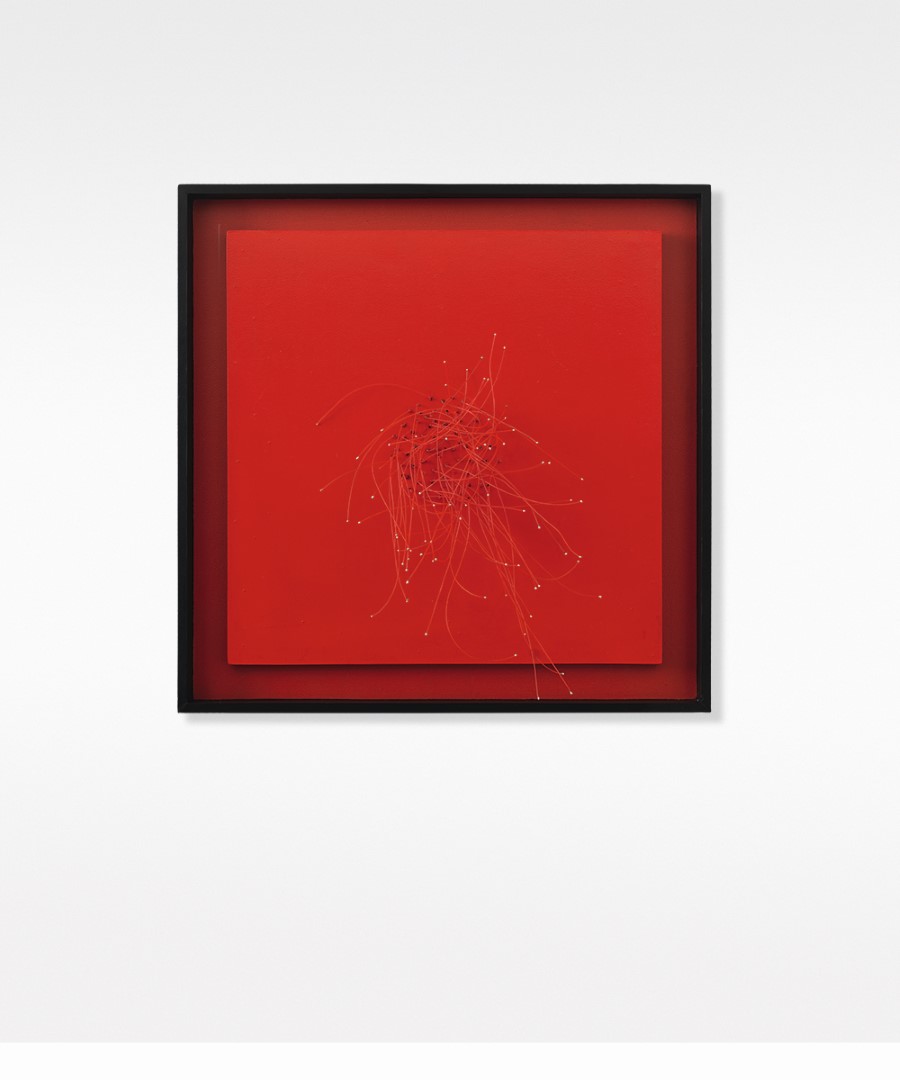 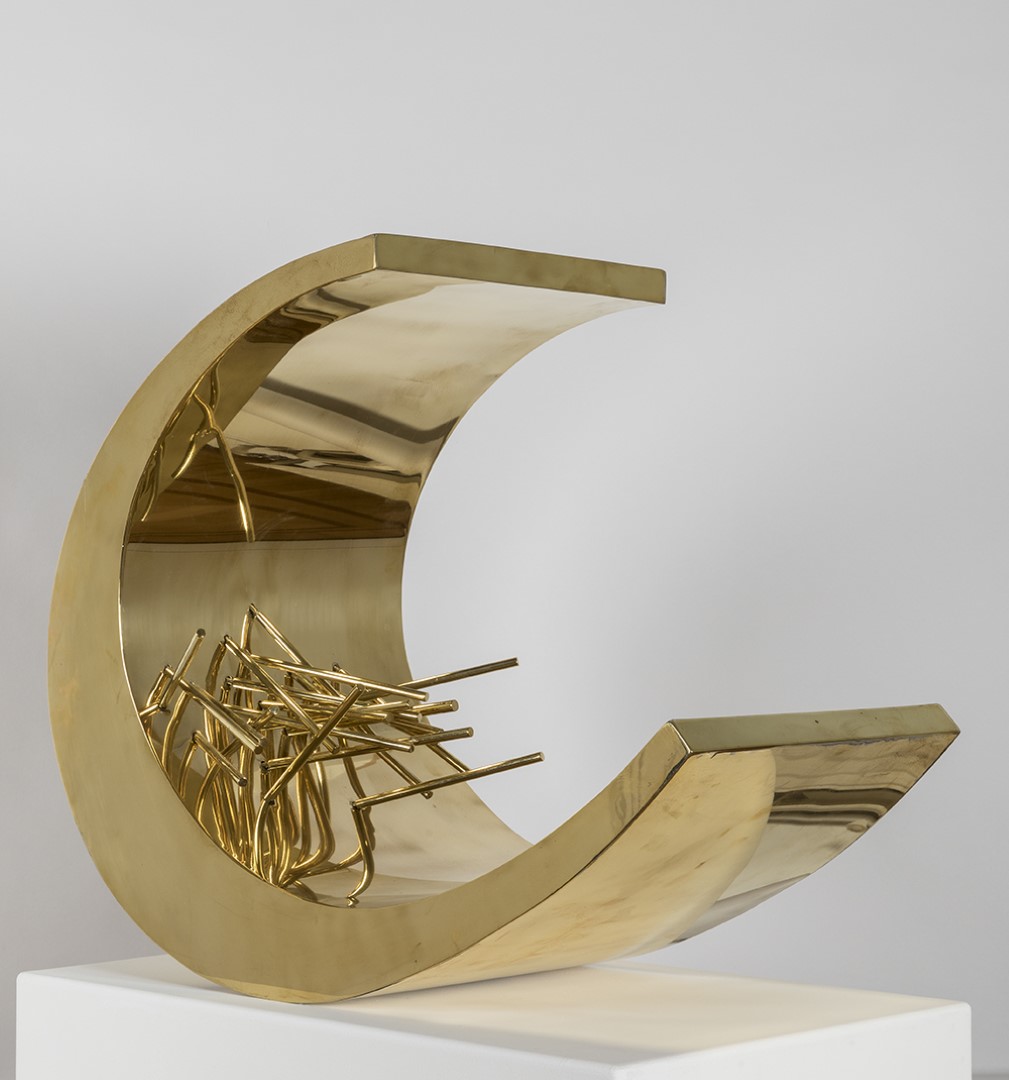 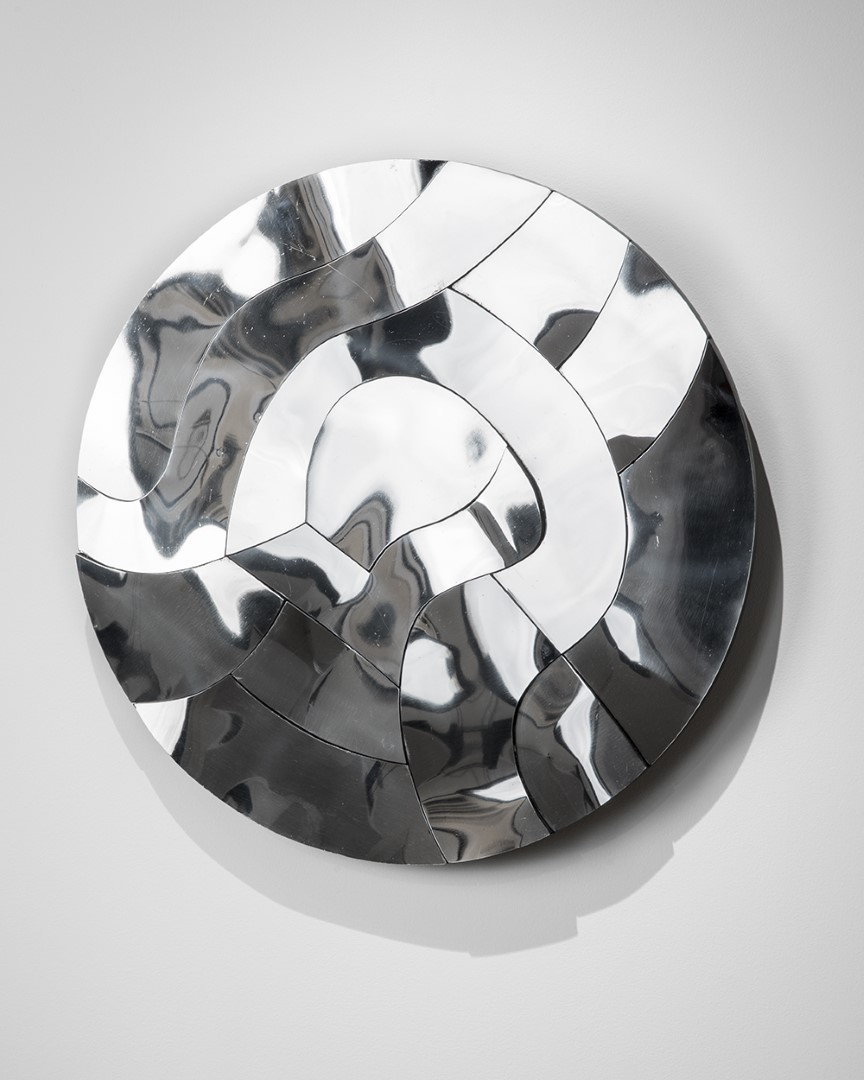