The work of Marion Charlet appears as the expression of a constructed, recognizable and homogeneous universe, instantly creating ambiguity and confusion: What does this unclassifiable artist, whose art can, to a certain extent, be associated with the last generation of the Figurative Narration without its political message, say to us?

Entering one of this true painter’s canvases propels us into the heart of a daydream we don’t own. In the form of a psychoanalytic sinking she invites us to share with her some visions and non-referent spaces, derivations from the void, the absence, the silence and the wait.

The black that encircles the objects or draws through the joint patterns of the tiles, as if an eighties look-alike chromatic filter in the Twin Peaks fashion had covered the film: blue light (according to David Lynch, the color blue is the gate to the unconscious), and violent shadows, chromatic flash, and a muffled gloomy persistence.

A clear opposition exists between a tidy, knife-cut world, structured with perspective and architecture, placed at the heart of the Californian culture controlled in the American way and completely static, and an exotic nature, chaotic, moving and luxurious, in the style of Douanier Rousseau, very sexual, with languorous and charming fearing flowers.

Between these two poles - the organized and the deconstructed - the artist invites the viewer to dissolve the self into the smooth medium of acrylic and its flat areas of strong color, like an effervescent pastille in a cup of water. Little or no animals... but plants, however, and in profusion, as if the human presence had abandoned the canvas, leaving some witnesses suggesting their visit (objects, tools, diverse materials…).

These lives suddenly become useless or not really necessary anymore. Some compositions are as if these earth paradises werehurriedly abandoned before the hit of a devastating cyclone. This EDEN is a deserted paradise, where memory and remembering adjoin the anecdote and the pathetic, haunting the a-topic spaces - which means without space, and particularly without spirit, mysterious troubling ambiances, sort of Jurassic parks from which mutant creatures could emerge, still invisible to the eyes of a profane too focused on its present and civilization…

Little or no soothing and comforting horizon lines, but many vanishing points: this EDEN could be a place of delight, a journey full of charms, a perfect happiness state, but we wisely advice to check its perfect innocuousness, before running into it… 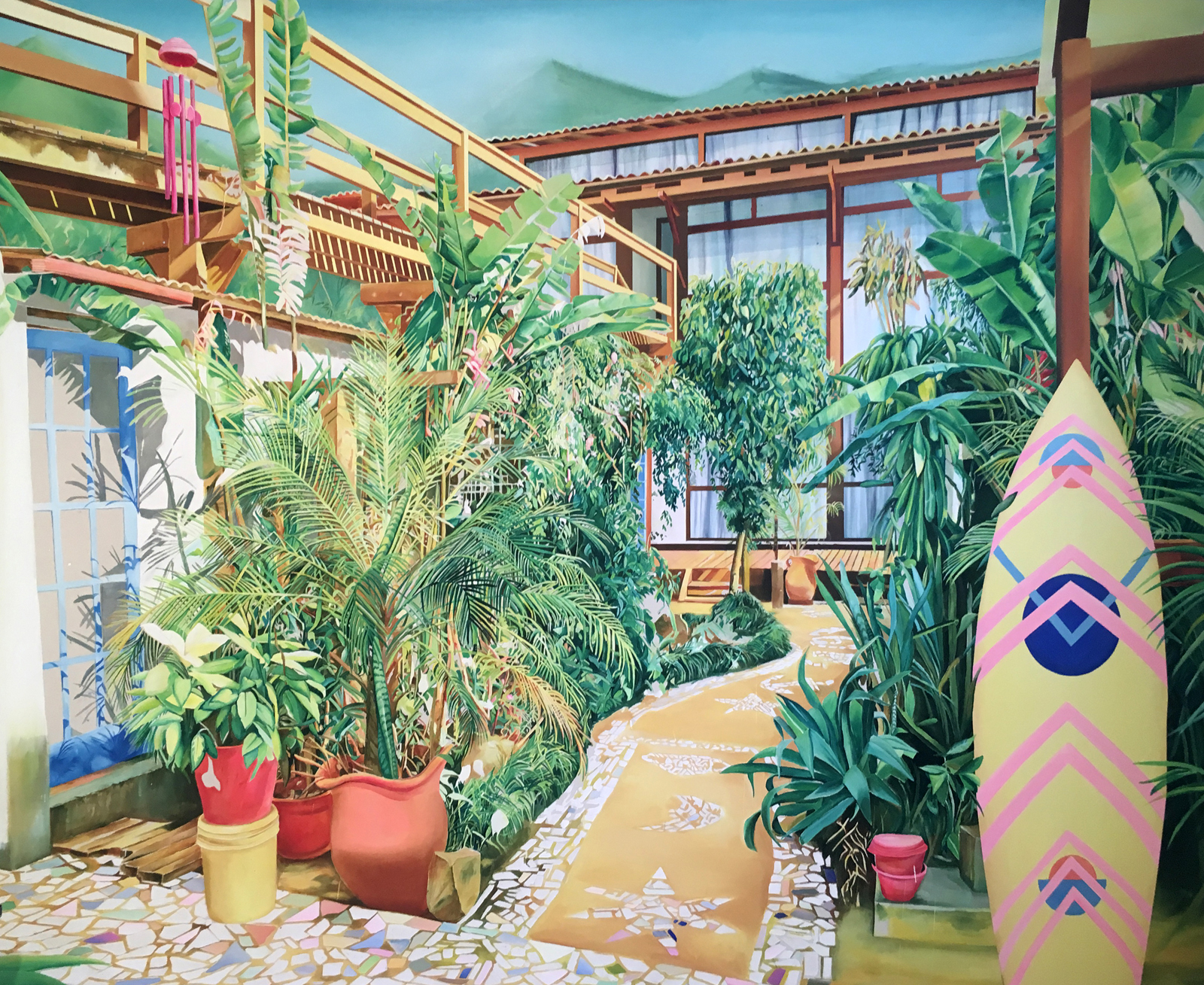 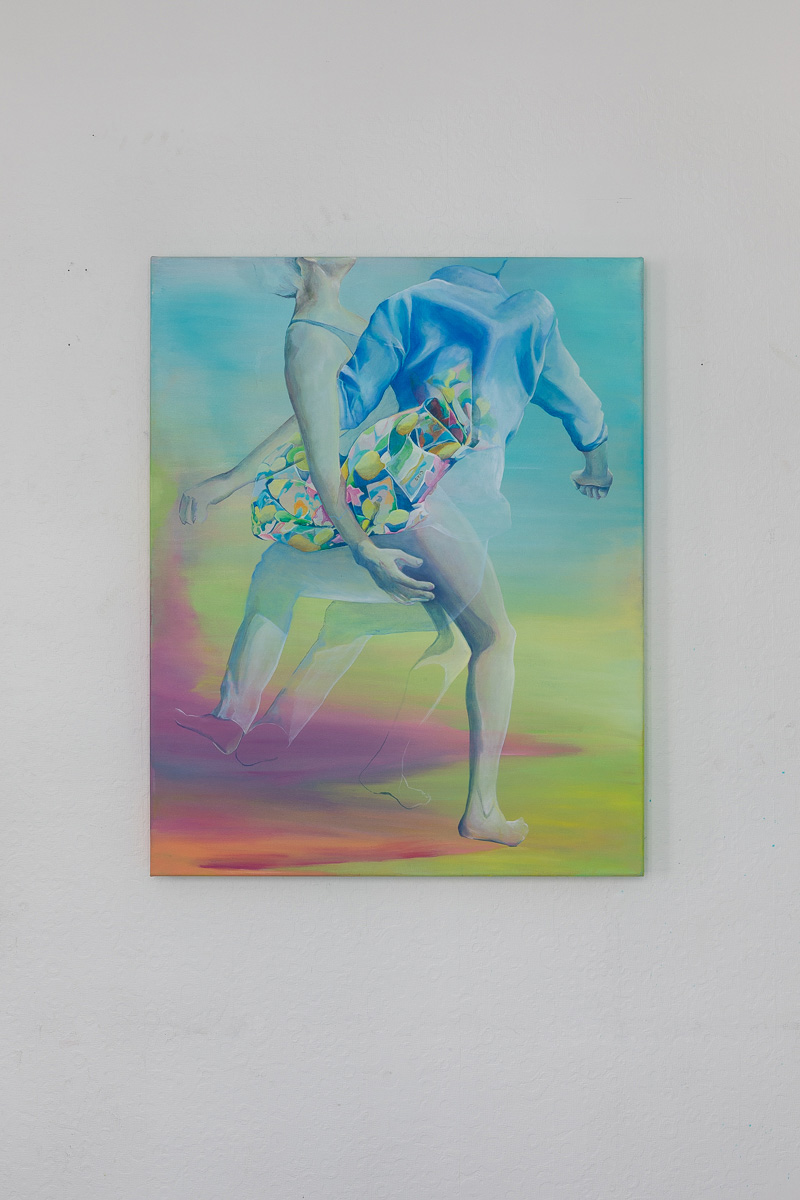 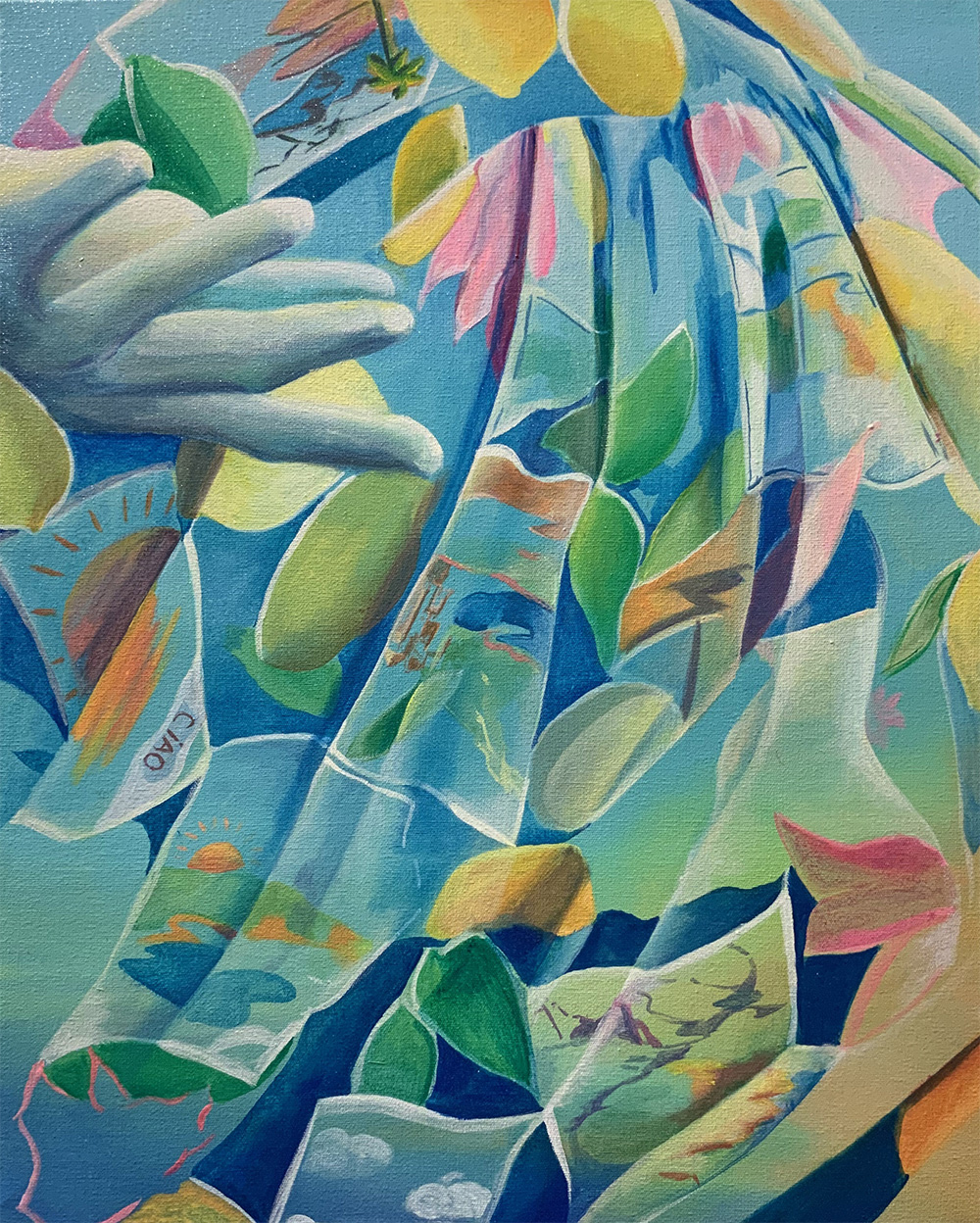