Born in 1974 in Montpelier, Jeanne Susplugas graduated in art history at the University Paris I Panthéon-Sorbonne, and since then she’s exhibiting her work worldwide. She had exhibitions in places like KW in Berlin, la Villa Medicis in Rome, le Palais de Tokyo in Paris, le Fresnoy National Studio, the Museum of Modern Art in St Etienne, the Art Museum in Grenoble and during differents events such as the Biennale in Alexandrie, Dublin-Contemporary or the Festival Images in Vevey.

In the gallery, she presents installations, drawings, photographies and videos. Some new pieces are mixed with older ones contributing to the coherence of the artist’s statement and her reflection on addiction, alienation or solitude. The box motif, recurrent in her work, appears like the exhibition’s thread to translate the idea of confinement. The title of the exhibition « There’s no place like home » refers to the « magic » sentence repeated by Dorothy in « The Wizard of Oz » by Victor Fleming, adapted from the novel by L. Frank Baum. Thus, the artist sets the prominent role of literature and the house in her work. Storage House, a massive cardboard box on wheels refers to « compulsive hoarders ». A work playing through the Absurd on the contradiction between the notions of excess and emptiness, two concepts which are intrinsically linked. Its strange shape takes up the plan of the apartment of a patient with Diogenes syndrome (voluntary homelessness with inability to throw unnecessary items). Absurdity that is also found in Serenity box, between a coffin and mobile rest box - the cut being the simplified formula of an anxiolytic, the Bromazepam. Box which one virtually crosses in Corridor, as one goes through the other side of the mirror. With their attractive appearance, shrouded in a soft and ethereal light, photographs are only more disturbing. The face on the point to be hidden by a seemingly comfortable material in Mask, which is not less secretive or that face punctuated by enigmatic signs, Untitled, meaning the acupuncture points. Boxes turn into bottles, American equivalent of our cardboard packaging in the series of drawings Containers. Begun in 2007, it was inspired by American « containers », the bottles given in pharmacies with the exact number of tablets required for a treatment. The artist replaces drug names which, once assembled, form quotations from writers collected for ten years.

The work of Jeanne Susplugas proposes a reflection on the troubles of our society with a certain sense of humor, derision, even cynicism. 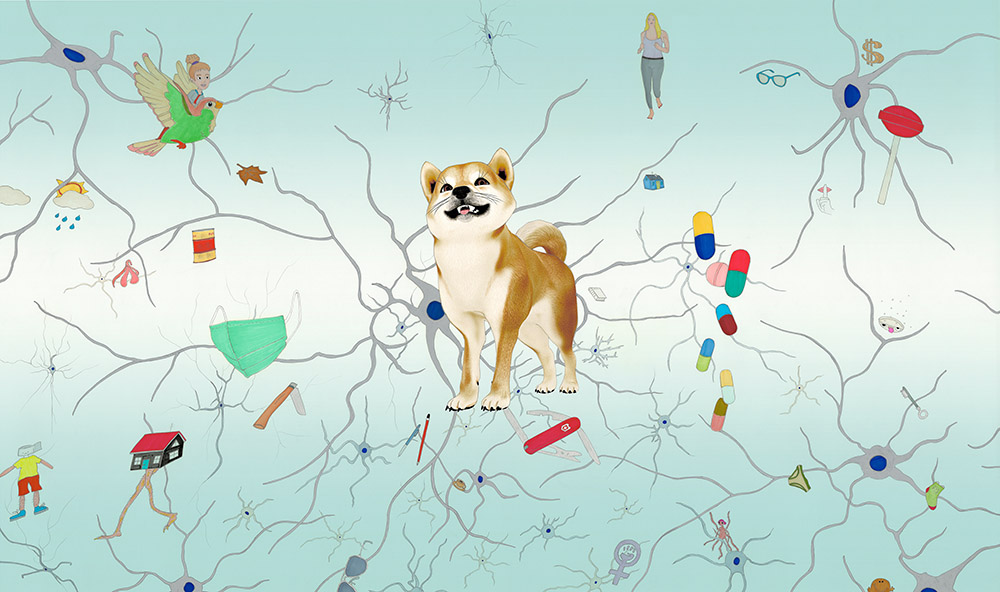 I will sleep when I'm dead 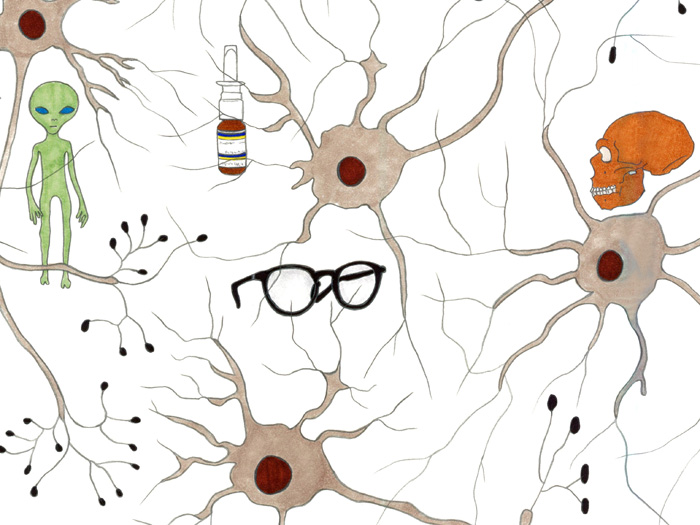 Living in my head 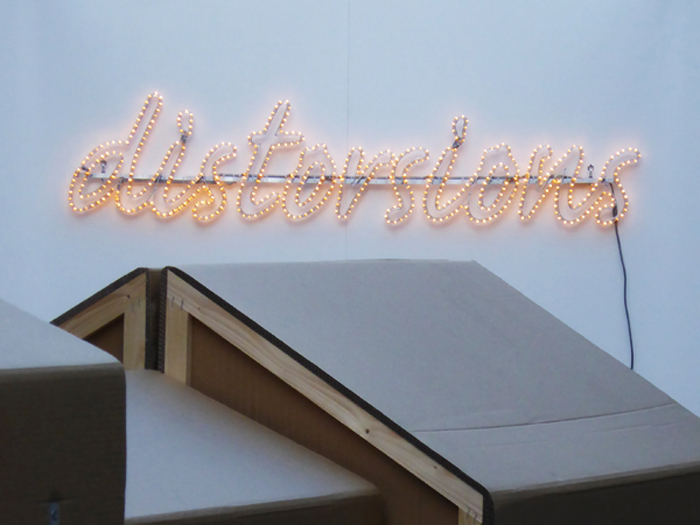 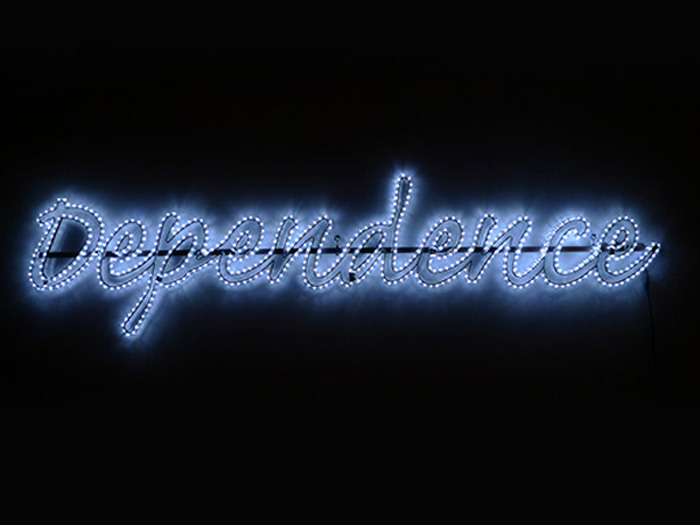 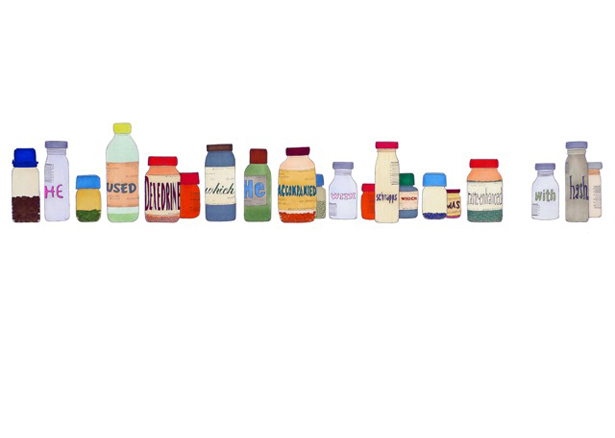 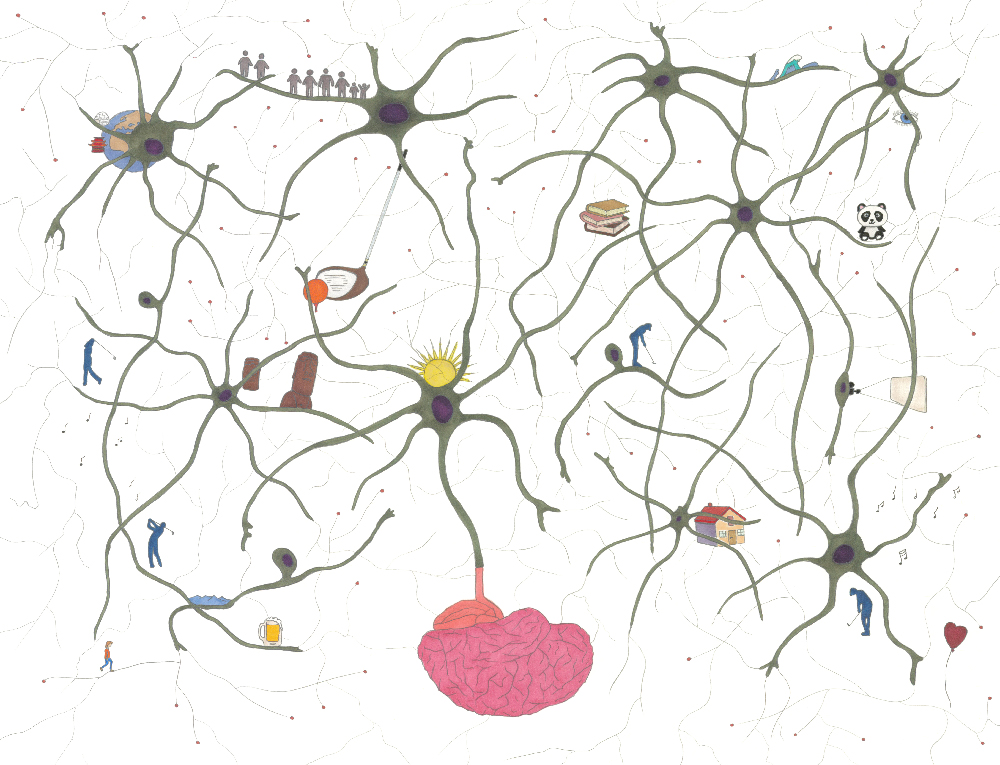 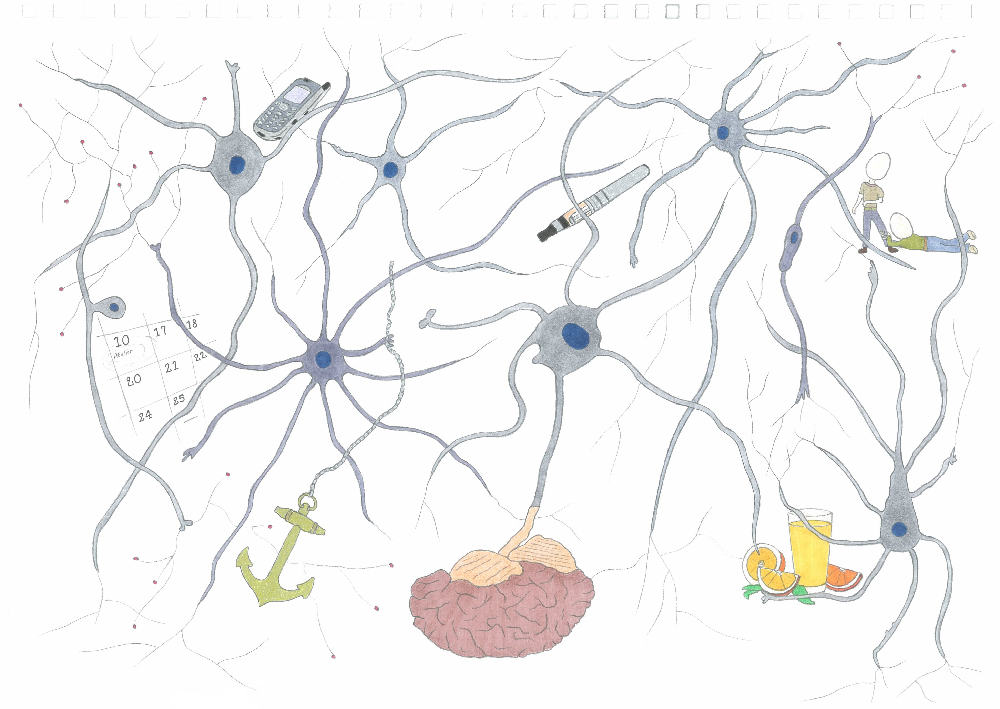 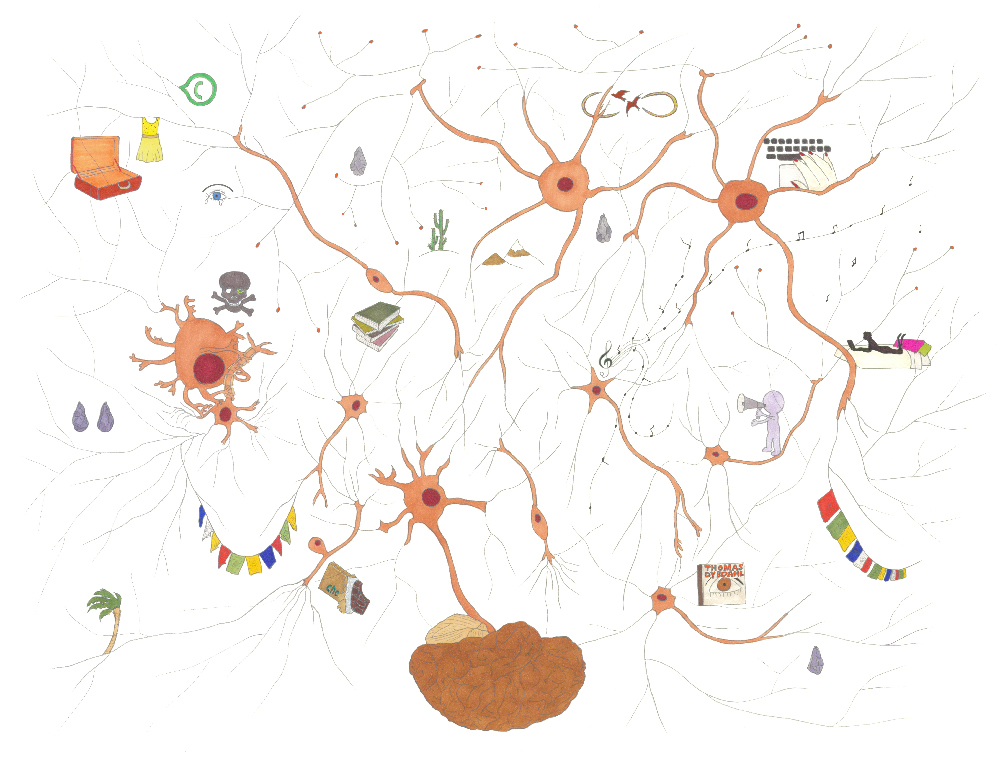 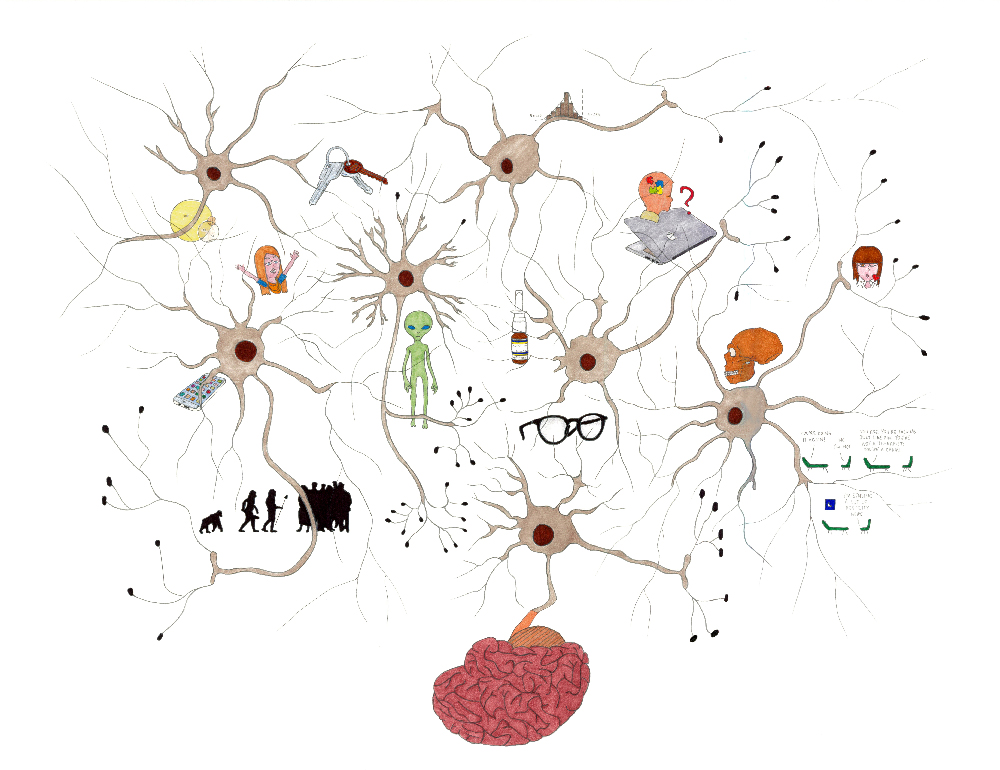 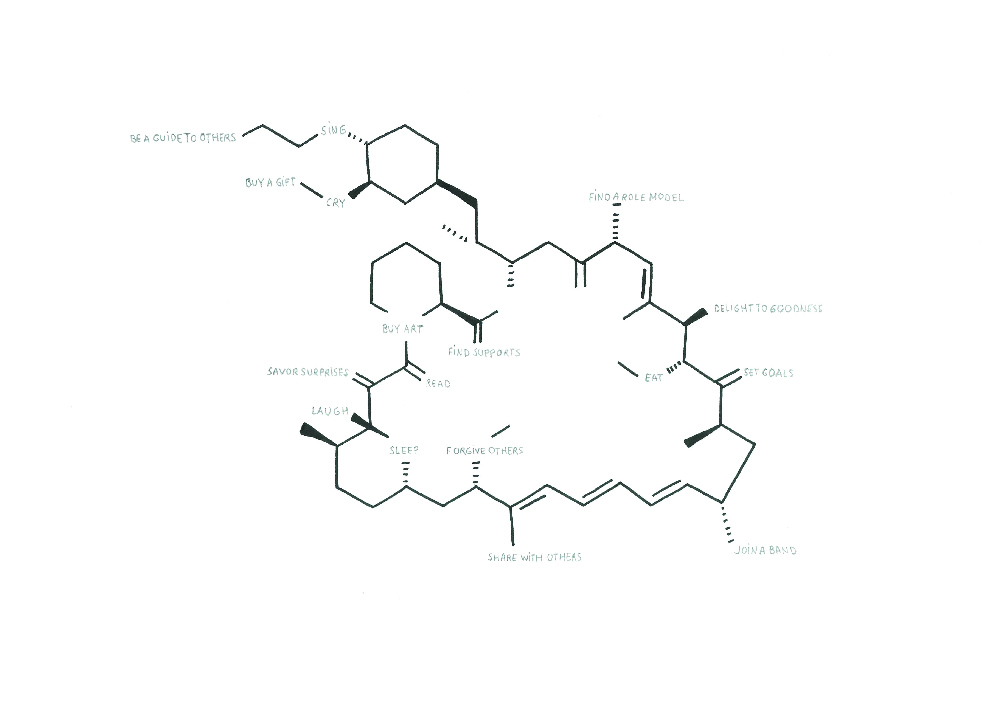 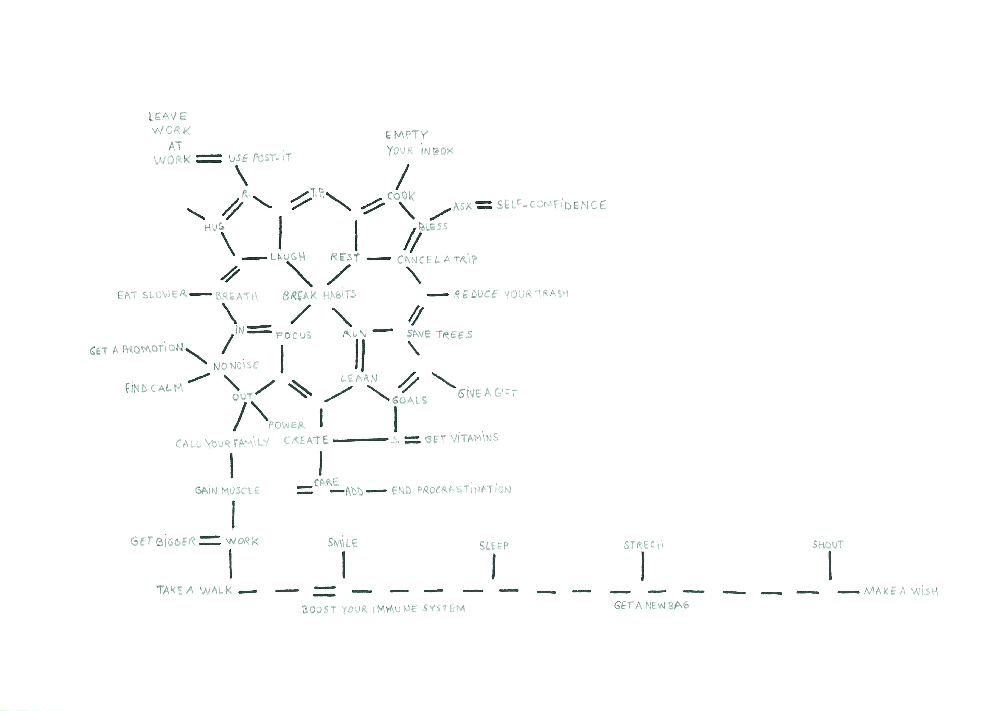 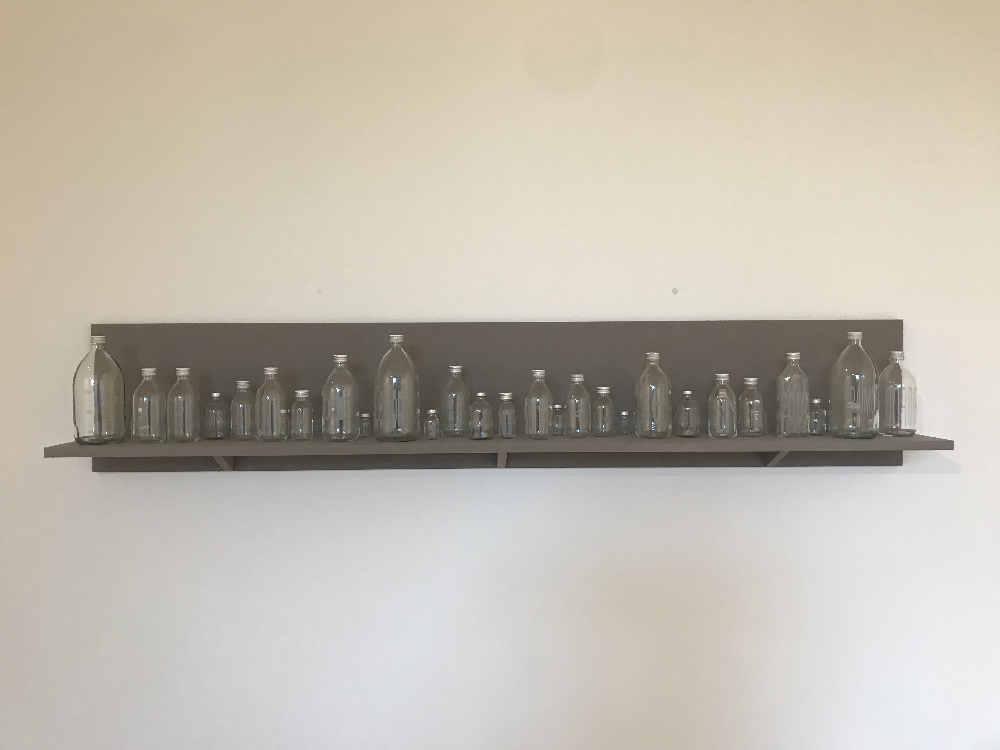 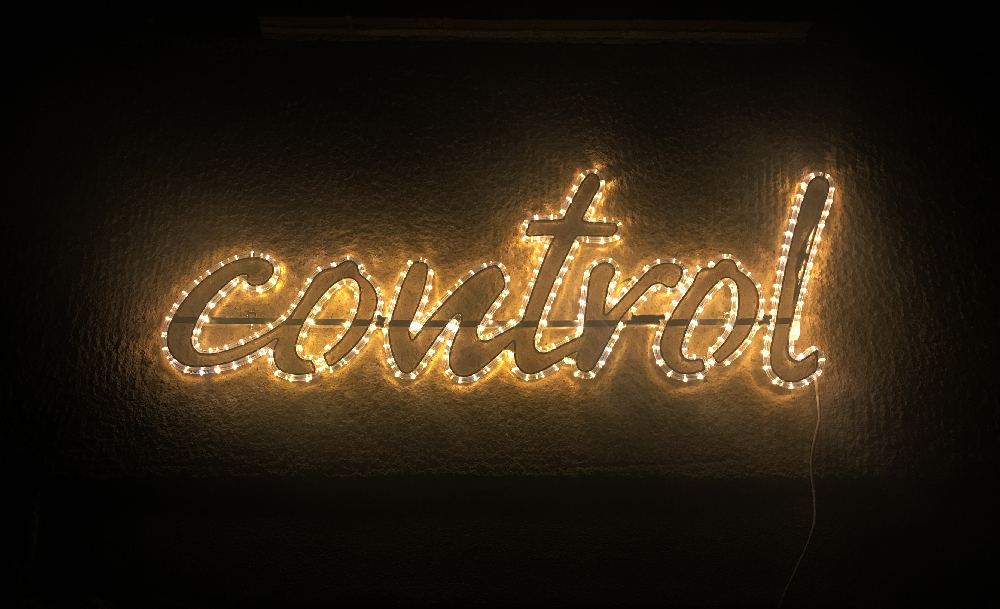 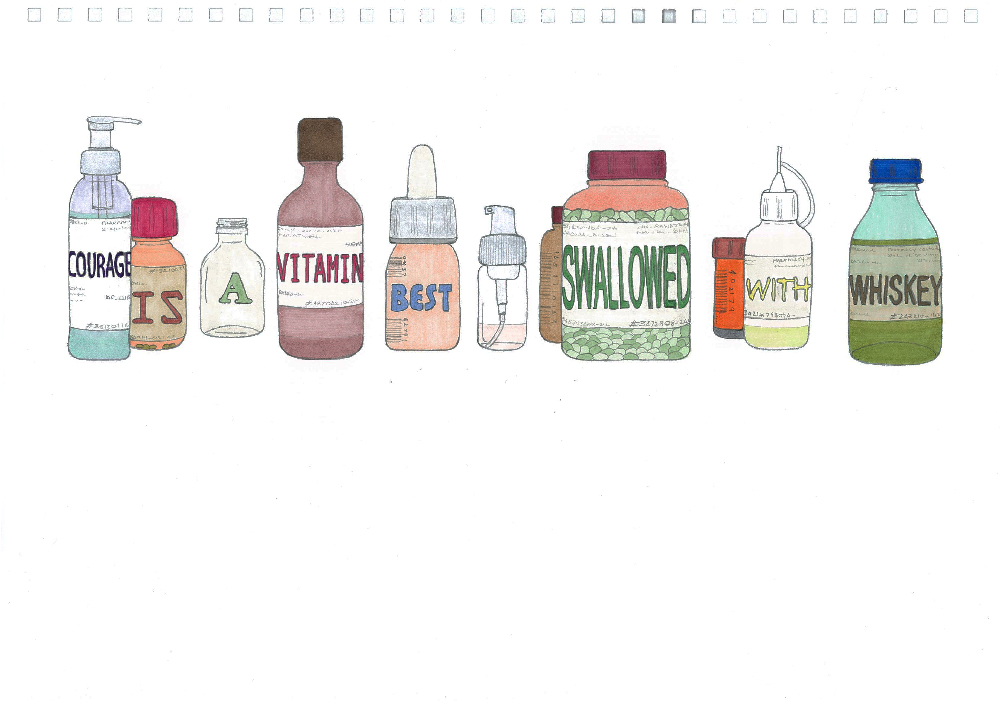 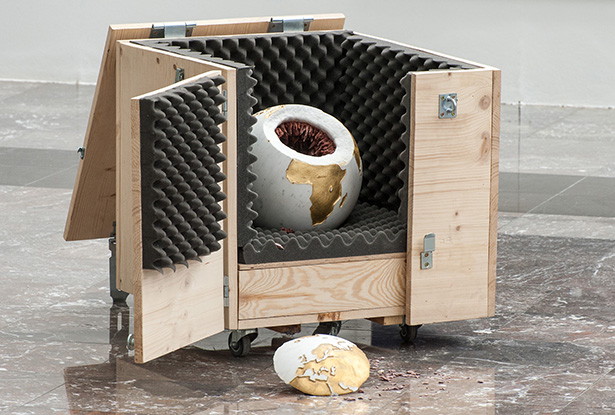 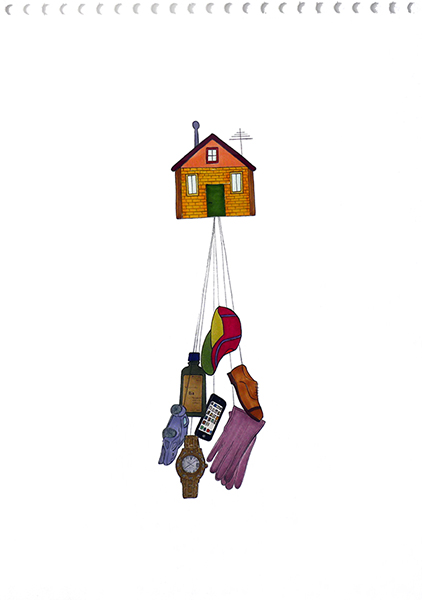 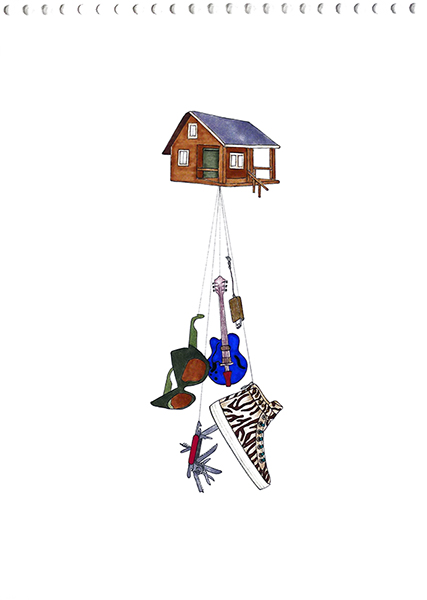 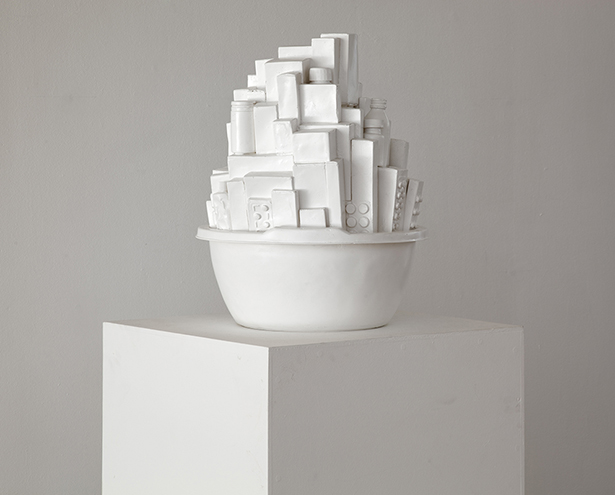 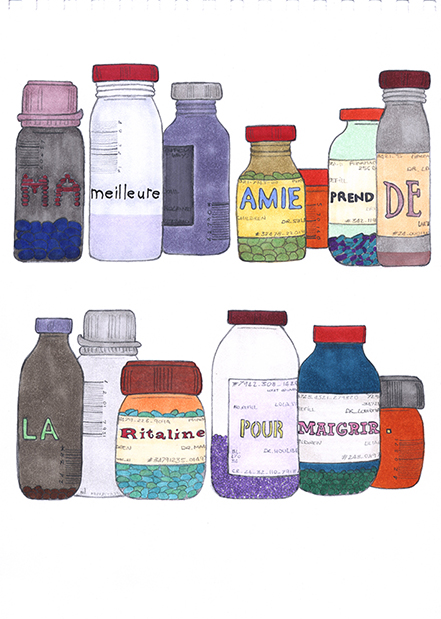 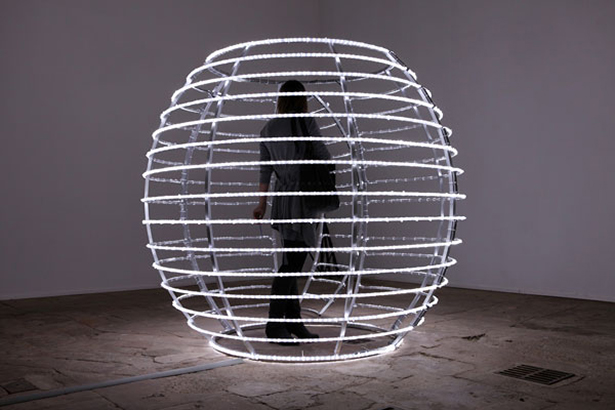 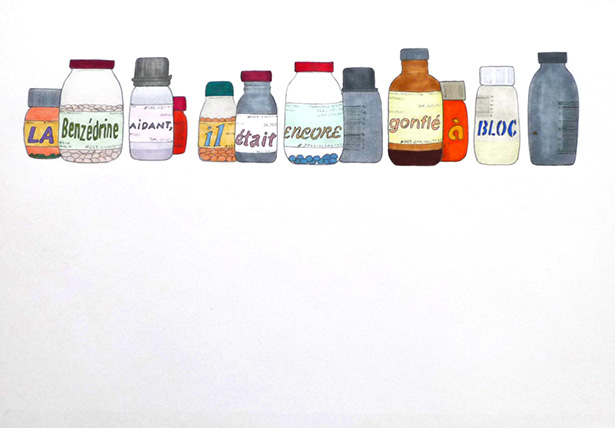 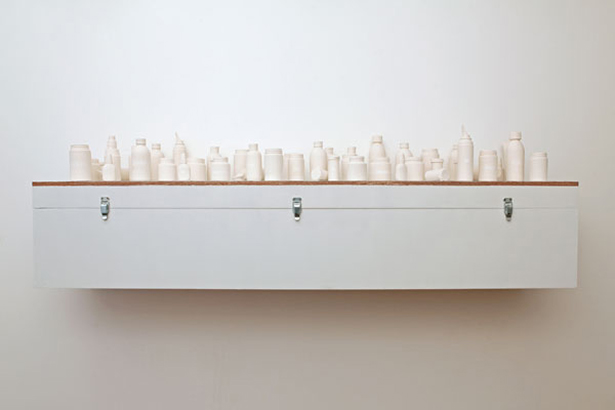 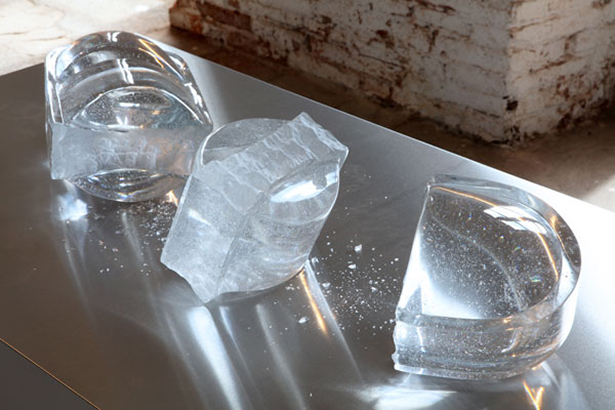