Musician, he follows the drawing classes of the Royal Academy of Fine Arts in Brussels. He gets in touch with the composer André Souris and Surrealist circles. In 1949, he discovered the first Cobra exhibition in Belgium at the Palais des Beaux-Arts in Brussels and met Christian Dotremont.

He immediately joined the movement of which he became the youngest member, took part in the meetings rue de la Paille, as well as the review and exhibition "The object through the ages". Sharing music and the visual arts, he will continue to lead a dual career after the dissolution of Cobra. In 1956, in Alba, at the World Congress of Free Artists, he exhibited paintings. He is of all avant-garde manifestations a little bit unconventional. In 1957, he co-signed "Il manifesto contro lo style" with, among others, S. Vandercam, P. Restany, Y. Klein and R. d'Haese. In 1964, he began to publish his writings while pursuing his musical research.

In 1971, he made his first ink on music paper and published sixteen lithographs, "Muettes", at the Daily Bul. The following year, he resumes oil painting on paper and canvas. Perpetuating the spirit of Cobra, he applies the principle of non specialization dear to the group, realizing logograms with Dotremont. In 1981, he painted on assemblages of matchboxes. Although he exhibited in 1949 alongside Cobra, his first solo exhibition dates back to 1970 at the Dierickx Gallery in Brussels.

Since then, he has exhibited many times in this city, where he lives in the popular district of Marolles. His participation in group exhibitions in Belgium and abroad is abundant. His graphic and pictorial work is in the tradition of the plastic writing practice that has developed in Belgium. The rhythm of the elements, the musicality of their distribution in the appropriation of space, the extreme scriptural fluidity of the signs reveal the very personal contribution of this musician who paints and draws visual scores. 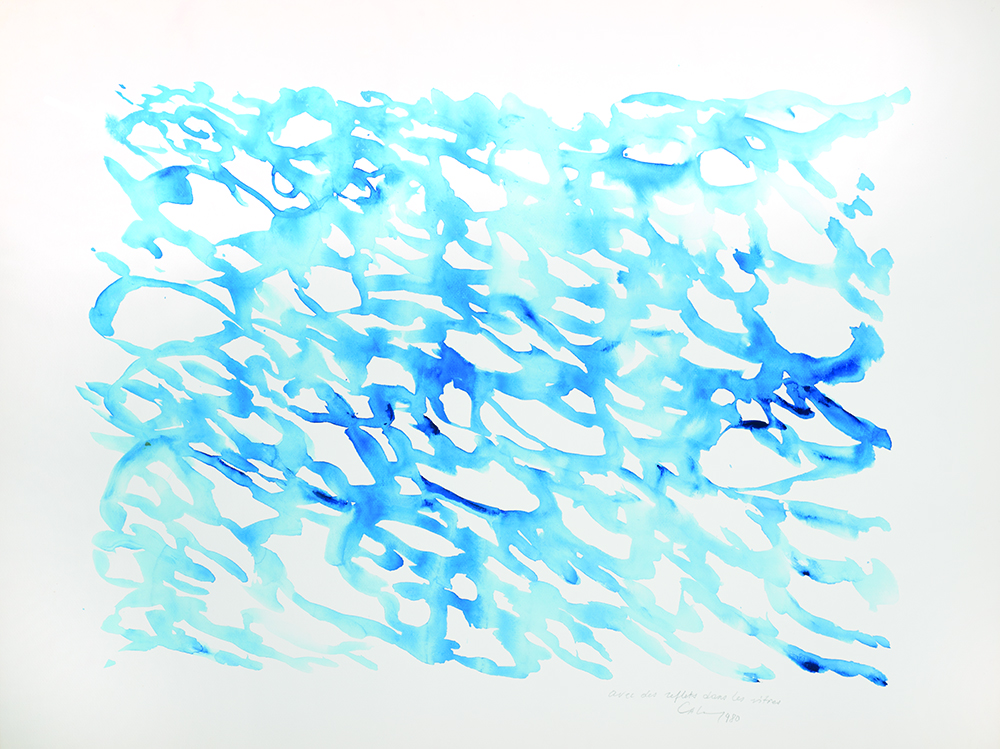