Inspired by the space of the gallery, the artist has collected new and older works, consisting in visual and audio pieces, to create a poetical world with a sense of humor and take us to a new fantasy combining the childhood with the animal world.

This first exhibition in Brussels by French artist Alexandre Joly plunges the visitor into an animal world divided between poetical strangeness and wonderful enchanting. One goes through it like in a fairy tale unknowing the storyline and where each character may or may not be associated with our imaginary of the time. This universe is even more unusual when walking through it we perceive unidentified sounds which maintain such an atmosphere that keeps us listening to a story.

A journey through an attractive and disturbing, creative but strange, bestiary. We wonder if we are at a fanciful taxidermist, who seems amusing and even tender in some ways. Or maybe we’ve got lost in another world where everything is changing, where hybrids are allowed, where everyone can play the role he wants, where the natural elements themselves adopt bizarre behavior just as that small artificial pond which waters seem inhabited by some invisible power that agitates them. Among the most peculiar creatures, simple black cattle skins, looking shiny, lustrous, solidified and swollen but hollow, are put on the floor as immobile shells. Rather objects than beasts now they seem to wait in silence that something happens, that someone grabs them and turns them into a shelter, a place to hide, or, who knows, a house for dwarfs or any other invisible inhabitant. 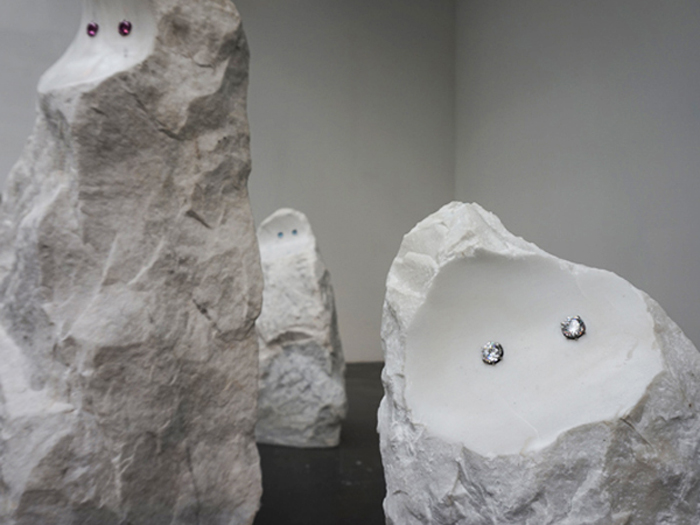 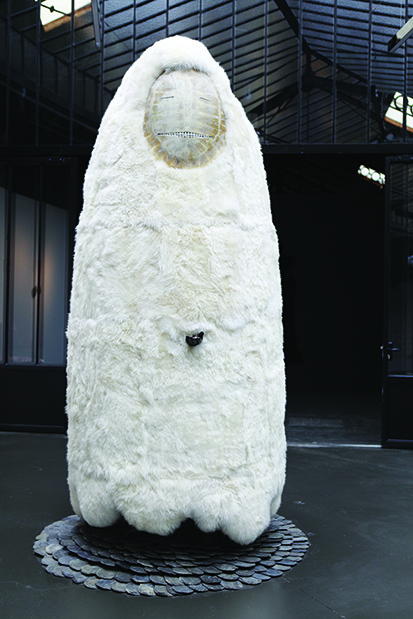 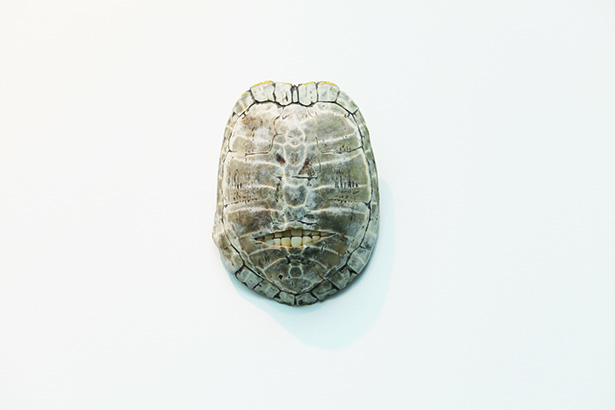 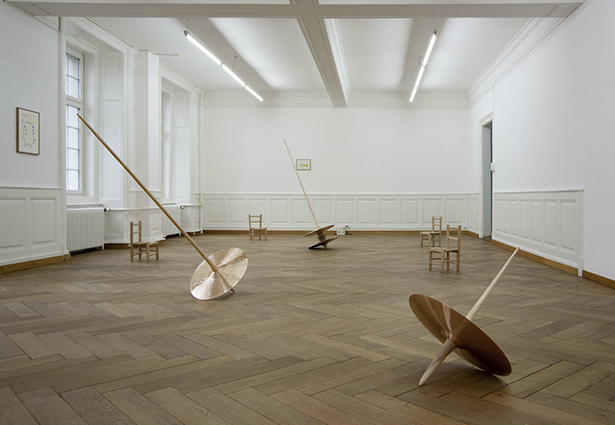 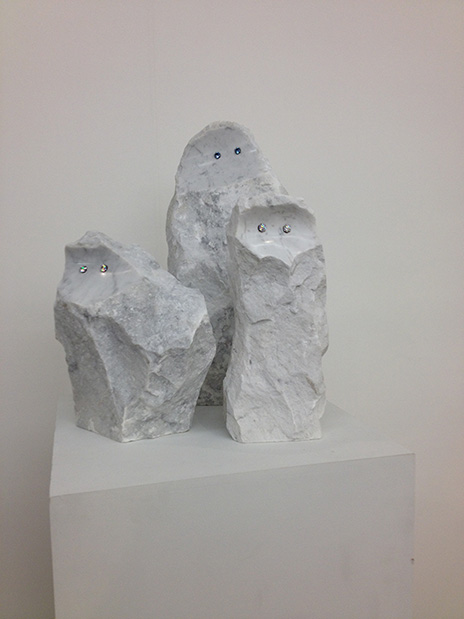 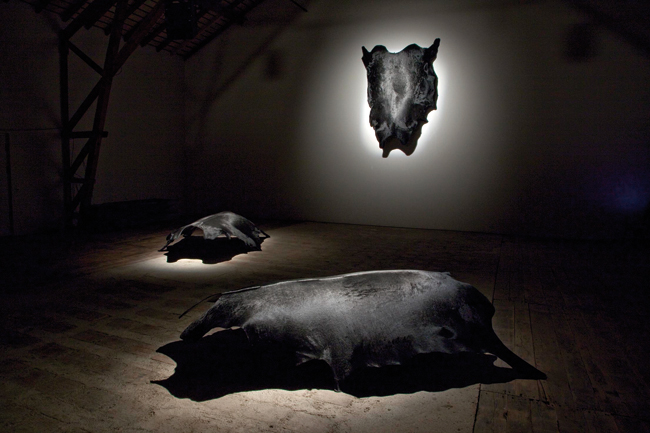 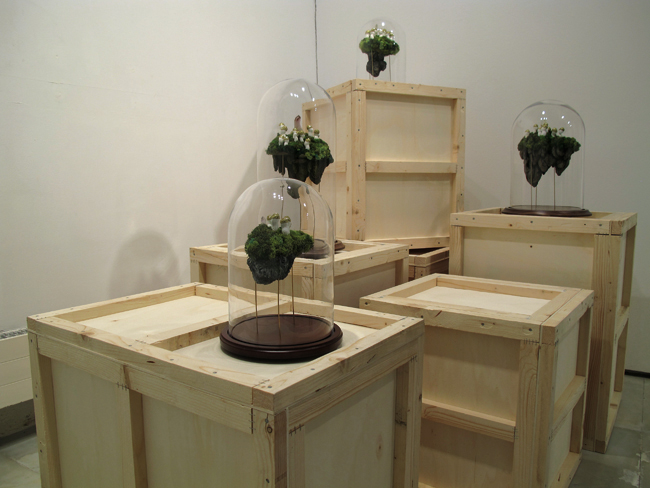 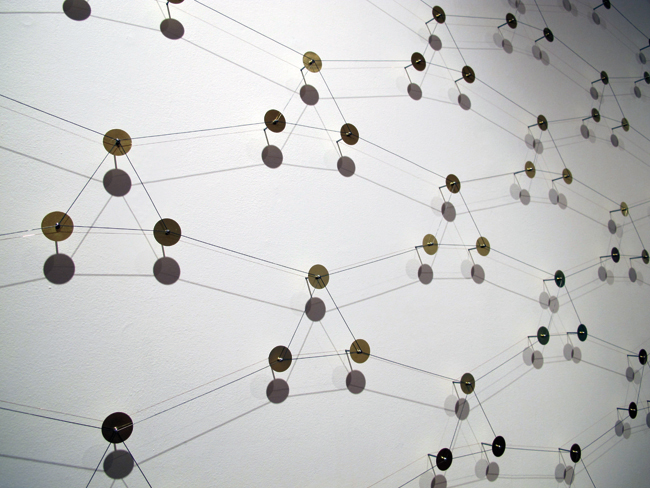